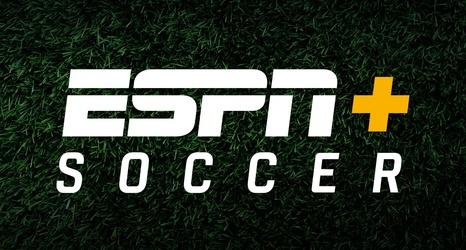 Ralf Rangnick wasn't happy, and nor were the fans throwing bottles at Diego Simeone as he sprinted up the touchline, dodged missiles and ducked into the tunnel in the corner of Old Trafford. At the end of Manchester United's Champions League elimination on Tuesday night, their manager complained about Atletico Madrid's "time-wasting antics," grumbling: "I don't know if the game as played more than two minutes without being interrupted with someone lying on the floor."

"Their style is not really for me to comment on," the United captain Harry Maguire said. "But" -- and you knew there was a 'but' coming -- "every time you touch them, they go down and it's a foul. They sit behind the ball, but they have numerous numbers you have to break down and when you give them the first goal it makes life so much harder ... they sit back and it's hard to create something."

An almost sinister style, asmany English match reports had it, a team employing all the "old tricks". According to The i, "this was s---housery at its most cynical", and it wasn't just them. The Guardian described Atletico as "scrapping and s---housing", "happy to indulge in the darker arts," while The Daily Mail as "more than a little tricky", noting "there were plenty of delays, plenty of agonising injuries followed by miraculous recoveries once precious time had been taken."

"They have been playing like this for ten years; it's the way they play," Rangnick said.

It was easy to imagine Simeone listening in as his opposite number spoke, reading all those things that were written, and thinking...

First, a caveat or two. Manchester United really weren't very good. Weren't and maybe aren't, either. Over two legs, Atletico were probably the better side. To take the opening line from another match report, this time after the first leg: "Where did that come from?" (That being United's goal at the end of a game they had not really been in.)

As for the Atletico goal that eventually won it this week: watch it again, and it's truly superb.

Ale Moreno was confused by Manchester United's substitutions in their Champions League loss to Atletico Madrid.

Quite honestly, seen from Spain, the second leg really didn't feel like it ranked particularly high on the skulduggery scale either. Maybe you get desensitised to it after a while -- and it has been a long while. Maybe because then the stat came out, and it said that in the last half an hour, the ball was in play for only 11:19. When it was, it was usually at United's feet: they had 60% of possession.

So to the point, and the point is that Simeone wasn't about to recoil at that stat, nor get angry at those words; he wasn't about to see them as a slight. Instead, he would welcome them, perhaps even embrace them with more satisfaction than ever before. They would have brought a smile, not a salvo -- still less a defence. That's for on the pitch. You could picture him going all Monty Burns: "excellent!"

It was excellent, too, and here comes another caveat: what Atletico had done was recognised, not just rejected. Don't think those reports were all about moral outrage, still less a burning sense of injustice. Even when it was grudging -- and it wasn't always -- there was admiration. An awareness that, in their own way, Atletico had deserved this.

Let's go back to those same papers. The match report in The Guardian said: "Atletico got the small details right, particularly in terms of their defensive shape, with players always in position or close to the United man in possession, cutting off the options, ratcheting up the frustration," its accompanying sidebar pausing to offer "a word for Atletico who were shamelessly magnificent, channelling some ouija-board vision of their former selves, scrapping and s---housing like the team they once were."

"Atletico Madrid did a number on United," The Daily Mail wrote. "They played on the counter, got the goal, then dug in for the remaining 49 minutes. They are so good at it. The best, really." They are "technically adept, physically resilient." Jan Oblak, the paper wrote, was "exceptional;" Jose Maria Gimenez "excellent;" Koke "wonderful;" "on nights like this, Atletico look so smart, their organisation, their game intelligence, so impressive ... [this] is what has made Simeone and his team admired and reviled in equal measure."

"Atletico know what they were doing, their mastery of the persuasive arts, of cynical smarts, falling appropriately under a challenge, all contributed to the lock and key operation they ran," The i wrote. "Atletico Madrid set about the night like pick pockets: elusive, quick, in and out of range and ready to deploy every sleight of hand imaginable. Simeone's cynical team are not to everybody's tastes, but at least they have fashioned an identity." 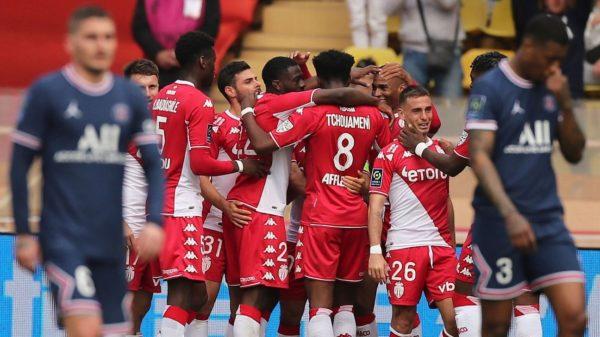 And there it is, right there.

If Simeone smiled at those words, the irritation and anger, it wasn't just some sort of "suck it up, sunshine," the fun of laughing at the whining loser; it wasn't just because he had won, either. It was also how he had won. It was because he wanted it this way. Needed it this way. Because Rangnick was wrong: Atletico haven't exactly been playing this way for 10 years and when they have not, everyone was happy about it. It is because they haven't even played this way this year, let alone over the past decade.

Also, this wasn't just a return to the Champions League quarterfinals -- the sixth time Atletico have got there in nine years under Simeone -- it was a return to what they are. That, at least, is what they hope. Simeone does, certainly.

Over the past few years, it can feel like almost every season, there is a moment in which Atletico evolve towards something a little different ... and then a moment when they evolve back again, returning to their roots. Then last season, they played a way that really wasn't "classic Atletico," conditioned by the type of players they had, Luis Suarez especially, they took the game closer to the opposition's area, used the counterattack less, and won the league. A new version of them seemed to be forming, particularly when they signed Matheus Cunha and Rodrigo De Paul, also welcomed back Antoine Griezmann, in the summer.

Strange though it may sound, that was part of their problem: being champions changed things and having a squad that some rushed, maybe a little prematurely, to declare the best in their history did so too. Even if only at some subconscious level. Gimenez admitted that there was a kind of relaxation, less a sense of rebellion. There were changes, an uncertainty about what they are and maybe even what they wanted to be, an inability to find a settled side or identity. Cracks appeared.

Some of it didn't make sense -- fortune should not be overlooked, easy explanations should not always be embraced entirely -- but the season slipped from them quickly, their title defence over before it had really started. There were injuries too, but it often felt like it was administering abundance that was an issue more than getting the best from limited resources. Atletico were mostly superior to their opponents -- frankly, they have been better in defeat than in victory at times -- which maybe they knew, and maybe was part of the point.

Atletico lost games they couldn't always explain, and won wild ones that didn't make much sense either: there were back-to-back, last minute 4-3 and 3-2 wins at the Metropolitano recently. The results weren't good, and the team just wasn't good at the things that they were supposed to be good at. They faced fewer shots than any other side, but had only LaLiga's 12th-best defence in terms of goals conceded. Even Oblak was just ... well, not himself. It was telling that after Tuesday night's win, Simeone cited "an Oblak who went back to giving us tranquillity again."

There was something missing, something wrong. Atletico were not very Atletico.

When Atletico lost to Levante at home on Feb. 16, one newspaper said they'd hit rock bottom. Simeone had never been so questioned before, his time seeming to come to an end less than 12 months after winning the title. That Friday, there was a meeting between Simeone, club CEO Miguel Angel Gil Marín and the sporting director Andrea Berta at a restaurant called La Lonja. They then went together to the training ground and spoke to the players, the message so direct as to include a reminder that if they didn't qualify for the Champions League next season, some of their contracts might be at risk. It also included a re-establishing of Simeone's authority.

We know about the meeting because Simeone revealed it and has brought it up repeatedly since, which is in itself significant. He didn't publicly offer up the details, but he did say that "things happened then that mean these things happen now."

What's happening now is this: since that meeting, Atletico have played six games, starting with victory at Osasuna. They have won five and drawn one (the draw being that first leg against United). It hasn't always been that good (frankly, they were terrible against Cadiz, for example, and were a little fortunate at Osasuna) but there's been a glimpse of the old Atletico: less possession, more punch, more physicality. Without Suarez, there has been a willingness to play on the break.

There is a determination to resist -- to "suffer," in their words, to defend and wait and trust that they will find a way through, opponents falling into the trap set. To fight tooth and nail to hold on to what they have. Simeone tweaked the 5-3-2 formation, shifting Griezmann to give Atletico a 5-4-1, and they did. But let's not go too far here: in the end, this may have been defensive, even cynical, but it was what they do and it was done so well as to rarely feel like they would lose.

Against another side, maybe they would, but what really matters is that Atletico feel like they know what they are now, with a stability emerging in the side. There are other elements, too. Stefan Savic and Gimenez returning to full fitness. Joao Felix is finally performing consistently -- "he'll keep getting annoyed with me, but he will thank me one day," Simeone said -- and Marcos Llorente is fit again. Renan Lodi, who scored at Old Trafford, has emerged as an unexpected flying wing-back.

It would be too simplistic to call it "back to basics," but there's something in that and when it comes to results, this is by far the best run Atletico have had all season. As much as purely the footballing approach, it's something more intangible, too. A mind-set. A collective spirit; call it a cause. Maybe they needed something to fight against, something to bring them together under Simeone's leadership, authority and ideas, all of that expressed at Old Trafford.

"It's been hard to find the right keys to press," Koke admitted on Tuesday. "It's difficult to explain [why], but we're finding them now, bit by bit." Griezmann talked about a "solid, compact team." Exactly what Atletico are, exactly what they weren't. "Cholismo is back," the media declared.

"Lots of people have worked to ensure things go well, bringing us all together a month and a half ago," Simeone insisted. "It all starts at Osasuna: from Osasuna [onward], the team showed another spirit, another energy, strength, the transitions are much faster: they know that we can hurt teams on the break. I see a competitive side, one that doesn't feel ashamed to drop deep, one that knows what to do when the ball comes out. When you don't give up, when you train, when you work, a chance always appears."

Over a decade, he has watched it happen, and here it was again.

"When a team works as a team, I feel hope," Simeone said.

Tags:  how to pick a smart key lock