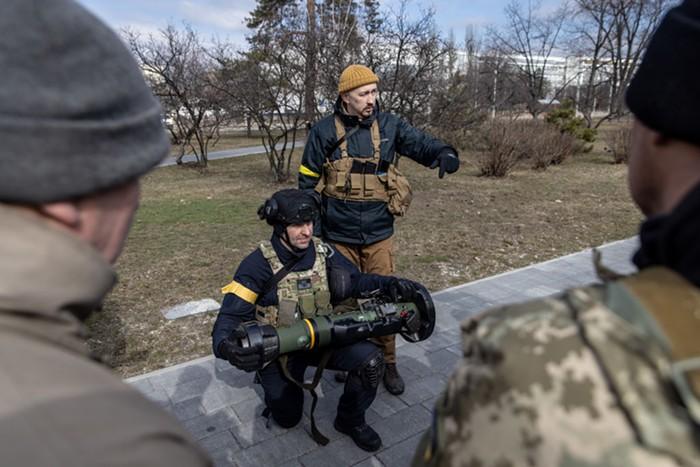 The Mercury provides news and fun every single day—but your help is essential. If you believe Portland benefits from smart, local journalism and arts coverage, please consider making a small monthly contribution, because without you, there is no us. Thanks for your support!

SponsoredNow Playing: The Central Park Five at PDX Opera The Pulitzer Prize-winning opera, based on the true story, is onstage March 18 - 26 at the Newmark.Members of the Territorial Defence Forces learn how to use an NLAW anti-tank launcher during a training session. Chris McGrath/Getty ImagesGood Afternoon, Portland! You're wasting, wasting a chance you're chasing / Why you so afraid to face it? / Cloudy is your current condition / Change of gov.

• A recent poll of nearly 622 Portland voters found that 80 percent of them feel Portland's current model of city government isn't working. The Mercury's Abe Asher breaks down what that could mean for the upcoming election season.

• PDX Eater reports that Portland's internationally recognized foodie fest Feast will return this fall with a three- day weekend of events that expands its borders to the surrounding Willamette Valley.

• In a city mostly known for stand-up, where the up-and-coming energy seems focused on improv, sketch comedy duo the Aces are a unique creative force in this city. Read MY REVIEW on their latest show, which is running for two more weekends:

Sketch comedy duo The Aces are beloved for their animal impressions and "Lives of the Party" has one of Michael Fetters' best animal characters yet. https://t.co/kj8HpozCR0— Portland Mercury 🗞 (@portlandmercury) March 18, 2022

• If your weekend plans involve getting properly creeped out, take a step into the horror-story shoes of a respected Black woman professor (played by Regina Hall) at a primarily white college in New England. Chase Hutchinson reviews the enigmatic and elusive debut feature from writer-director Mariama Diallo.

I spoke to Oregon abortion advocates and care providers about how Idaho's anti-abortion law will impact demand for the procedure in Oregon.“Idaho is just the beginning,”says An Do of @PPAdvocatesOR. "We’re at the beginning of an intergenerational fight.”https://t.co/LZMbqN9Sch— Alex Zielinski (@alex_zee) March 17, 2022

• A week ago, there was a joke going around Ukrainian front lines about how many fighters planned on naming their next child after Javelin antitank weapons. Now there's a new contender for 2022 baby names: the British-made Next Generation Light Anti-Tank Weapons (NGLAW). 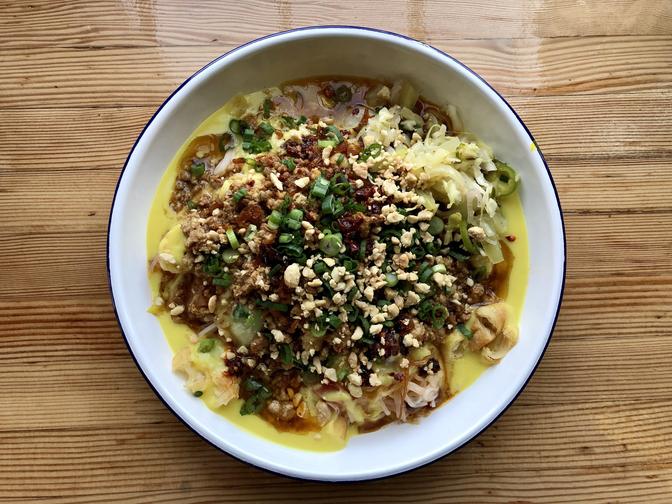 • In response to the Consumer Financial Protection Bureau's considering a ban on the inclusion of medical debt on credit scores, three of the largest credit reporting agencies—Equifax, TransUnion and Experian—will voluntarily remove certain kinds of medical debt from credit reports.

• I don't know about you, but I feel like a complete monster when I go indoors without first slipping on a mask. Turns out that feeling is kicking around everywhere as workers and consumers try to navigate masking, now that it's tied more to etiquette instead of protocol:

Office occupancy in the U.S. has hit a pandemic high, 40%, reached just once before in early December. Many companies are loosening Covid safety rules, leaving anxious workers to navigate masking and social distancing on their own. https://t.co/wN94UZHAnI— The New York Times (@nytimes) March 18, 2022

If you're a fan of smart, local, progressive journalism that makes a real difference in Portland, please support the Mercury with a recurring monthly contribution. We can't do it without you! Thanks, you're the best. Contribute

• Feeling thirsty? The Mercury’s HIGHBALL ain't over yet! We've got your delicious, specialty $6 cocktails all the way through SUNDAY, March 20!

• Sound on for the best version of the "So, I'm addicted to this" meme to kick off this blessed weekend.

SponsoredEveryday Music Sandy Blvd Store Closing Stop in for discounts now through May 7. We are no longer buying USED product at that location.Subscribe to The Portland Mercury's newsletter If you enjoy articles like this, please help the Mercury continue our mission of providing up-to-the-minute information, progressive journalism, and fun things to do in Portland by making a small recurring monthly contribution. Never forget: Your help is essential and very much appreciated!CONTRIBUTE NOW

Suzette Smith is the arts & culture editor of the Portland Mercury. Go ahead and tell her about all your food, art, and culture gripes: suzette@portlandmercury.com. Follow her on Twitter @suzettesmith

Suzette Smith is the arts & culture editor of the Portland Mercury. Go ahead and tell her about all your food, art, and culture gripes: suzette@portlandmercury.com. Follow her on Twitter @suzettesmith

The Portland Mercury in your inbox

Tags:  where is the smart lock located