Doug Drives: Reach Out And Touch Something … Screen or Knob? Receive updates on the best of TheTruthAboutCars.com 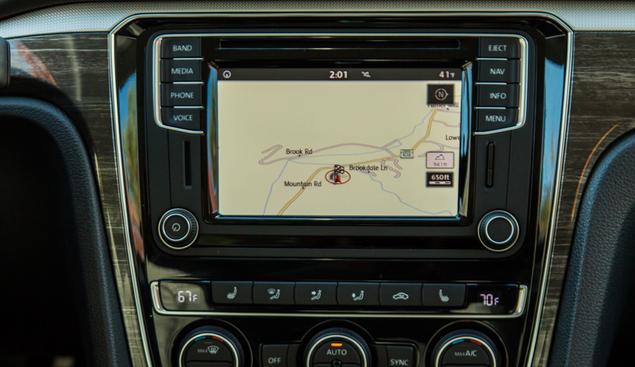 I recently had the chance to test out the “new” Volkswagen Passat, which is so new that the designers were explaining to a whole group of journalists how the position of the rear reflectors has changed compared to the outgoing model.

Actually, I kind of like the new Passat. It was impressive in a lot of ways, right down to the new touchscreen, which finally sees Volkswagen catching up to some of the technology and features rival models have been using for roughly five years. As I was driving it, I couldn’t help but think to myself: I like a good touchscreen.

It seems that these are our only choices in today’s infotainment world: a touchscreen or a knob. Some cars have touchscreens. Some cars have knobs. And given that basically every new car has an infotainment system, this is an important choice. Do you want to control your screen by touching it, like a smartphone? Or by moving around a controller located on the center console, like a computer?

Automakers appear to be largely split on this issue. Most mainstream car companies, the Fords and Chevys of the world, offer a touchscreen. You touch, it screens. The benefit of this is that you touch exactly where you want, and the system does exactly what you want, unless you are in a Chevy, in which case it does what you want after it thinks for a few seconds/minutes/it’ll do it this weekend. 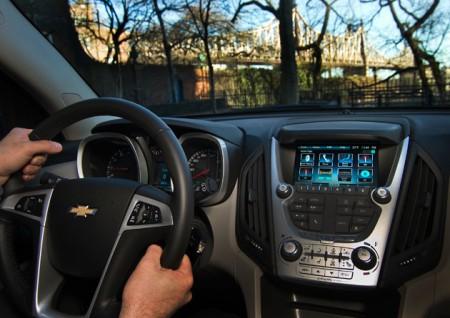 High-end brands tend to prefer knobs. Lexus has its famous Remote Touch Controller, which is sort of like a computer mouse in the sense that you move around a little arrow and you click on stuff, but not really like a computer mouse in the sense that you’re supposed to do this at 75 mph. BMW’s iDrive and Audi’s MMI both work similarly: you move a dial to control the infotainment system. You could touch the screen, but it wouldn’t do anything, and you’d just end up getting fingerprints on it.

Me, I personally prefer a touchscreen. Let me tell you why: because it’s incredibly easy to use. A button says “MAP.” I press “MAP.” The MAP comes up. This is very different than in, say, a BMW 7 Series, where a button says “MAP,” so you grab the little dial, and you move over to the button, and you’re about to click on it, but then there’s a bump in the road, and you accidentally click somewhere else, such as on a button that says “CLIMATE,” and now you have no idea where you’re going, so you crash into a bus shelter.

But the manufacturers that use knobs don’t see it that way. They say that if they put the knob in the center console, they can move the infotainment screen higher on the dashboard, away from your reach, which means you have to take your eyes off the road less in order to do things. This is true, of course, but I would like to point out that I would take my eyes off the road even less if I could just touch the damn screen wherever I want.

Maybe the best manufacturer is Mazda, who undoubtedly had this argument in some engineering meeting, which likely led to raised voices and harsh words and maybe even some good old-fashioned chair throwin’. So what they did is, they put in a knob and a touchscreen. This allows you to use both hands to control the screen at any one given time.

Unfortunately, it’s not a decision anyone else seems to be making, as other automakers have all staked their claims: some have gone touchscreen. Some have gone knob. But I will continue to hope that in this great war of in-car screen controls, the touchscreen people will slay the knob people and claim victory over the Great Land of Infotainment. Until then, I will do my best to keep from crashing into bus shelters.

Tags:  how to remove smart lock on fairlane youtube