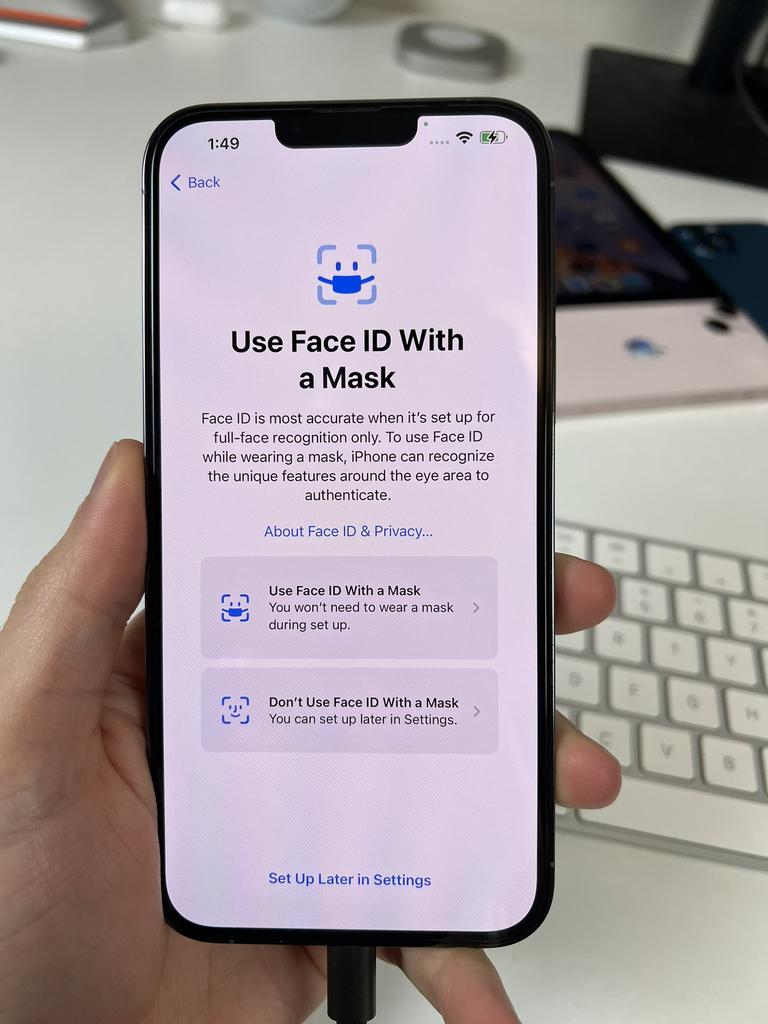 When Face ID arrived on the iPhone X in 2017, it was hailed as a tremendous achievement for biometric logins. It was more secure, faster, and more accurate than Touch ID, Apple told us, and far less likely to be spoofed.

But it wasn't more convenient. For all of the security benefits of Face ID over Touch ID, it also came with compromises. First was the simple fact that you needed to be looking at your phone to unlock it. No longer could you casually reach into your pocket and rest your thumb on the fingerprint sensor to unlock or reach over to unlock your phone resting on a table. And it took longer, due to the extra swipe needed to get from the lock screen to the home screen even after Face ID did its thing.

Face ID's deficiencies were on full display when iPhone users began wearing masks everywhere they went. Very quickly people realized that Face ID didn't actually work when they were wearing a mask leaving them with two options: lower their mask to unlock their phone or type their six-digit password like an animal.

Apple released a stopgap of sorts in iOS 14.5 that required an Apple Watch to send a message to your iPhone that it was indeed you trying to unlock. When it worked it took a split second longer than usual. The system felt more like a workaround than an actual feature, but it worked (and likely sold a few extra Apple Watches in the process).

Face ID is good but the new mask feature makes it great. 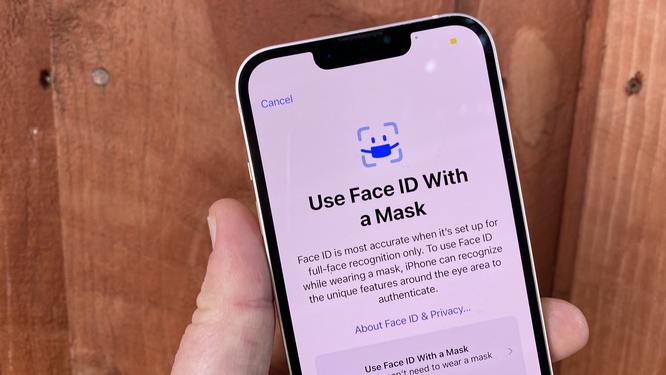 Now, more than nine months later, Apple finally has a solution. In iOS 15.4 (currently in beta), Apple has a new Face ID with a Mask feature that lets you unlock your iPhone while wearing a mask without needing to strap on an Apple Watch. You'll be prompted to set up a new Face ID scan that pays particular attention to the area around your eyes. Apple also lets you add glasses to your scan for extra precision.

It's slightly less secure than full Face ID's one-in-a-million odds, Apple says, but likely way more secure than Touch ID's 1 in 50,000 chance of a false reading. That's hardly a detriment. For years, Touch ID was a magical feature that was deemed nearly impenetrable—it's good enough for Apple to still include it on several products.

Besides, Face ID with a Mask is so good, I'm just fine with it being a little less secure. I installed iOS 15.4 on my iPhone last week and didn't notice just how magically convenient it is until Wednesday when I was at a car dealership. I needed to log into my insurance company's website and was ready to swipe up and enter my passcode when my iPhone 13 Pro automatically filled in my login information from iCloud Keychain.

And just like that my iPhone 13 became as convenient as my iPhone 7. Face ID still has its shortcomings, but the new mask feature makes it a million times more useful than it has been. There's no hesitation, no clunky workarounds, no extra hardware. It just works.

When it worked yesterday I felt the same way I did the first I unlocked my iPhone 5s with my finger. Face ID with a Mask may be way overdue, but now that it's here it makes Face ID useful and exciting again.