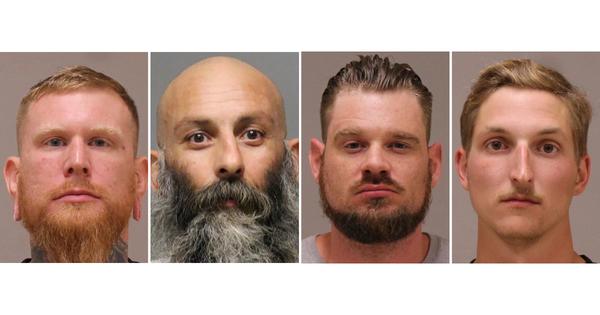 A group plotting to kidnap Michigan Gov. Gretchen Whitmer talked about abducting her before the 2020 election because they believed she might join President Joe Biden's administration and suddenly get extra security, an FBI informant testified Friday.

The disclosure was one of many details offered by Dan Chappel, so far the biggest witness in the trial of four men charged with a kidnapping conspiracy.

The Army veteran explained how he went from simply looking for camaraderie among gun-rights guys to becoming a covert operative winning the confidence of extremists and recording hours of conversations. Chappel made key recordings during trips to scout Whitmer's second home and a nearby bridge where a bomb might distract police during an abduction.

The incredible scheme was unfolding two years ago when Whitmer, a Democrat, as well as governors in other states, were angering people by imposing stay-home orders and other restrictions during the COVID-19 pandemic.

Chappel, 35, helped introduce at trial profane, violent and seemingly incriminating recordings to support the government's insistence that the group was committed to snatching Whitmer without any improper influence from the FBI.

In August 2020, less than two months before the FBI made arrests, Chappel said he was driving a pickup truck with Adam Fox and another man as they took pictures and video of Whitmer's vacation home in Elk Rapids in northern Michigan.

“That's it! No question. That's it!” the jury heard Fox saying.

While they ate at a local diner, Chappel said he took a photo of Fox, who was drawing a map of the area, including a highway, Whitmer's house and the location of police departments. The image was presented to the jury.

There was a return trip at night two weeks later, with Fox, co-defendant Barry Croft Jr., and others. Arriving in three vehicles, they split up the assignments, Chappel testified. Some drove past Whitmer's house while others with night-vision goggles were stationed on a boat launch at Birch Lake.

There was intense discussion about settling on a plan to snatch Whitmer soon and flee to Lake Michigan, Chappel said.

“The big lake is our best option,” one participant was recorded as saying. 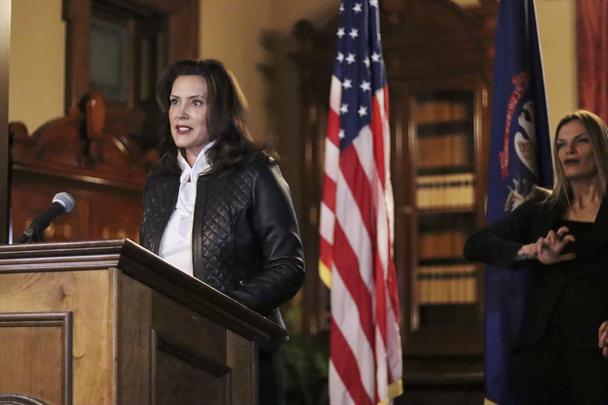 Chappel said there was concern about the timing with a national election just weeks away.

If Biden got elected, Whitmer “might be in a position to be on the Cabinet” and her security could be upgraded “from the state police to potentially the Secret Service,” Chappel said, summing up the conversation.

He said everyone agreed with Fox that an attack before the election was best. Chappel said a key final step was scraping up US$4,000 for an explosive that could be detonated at a bridge near Whitmer's home to confuse police.

Earlier Friday, jurors heard Croft on a recording say he wanted to put “her” on trial, adding: “Treason is a hanging offense.”

Assistant U.S. Attorney Nils Kessler asked who was “her?”

“The governor of Michigan,” Chappel replied.

Fox, Croft, Daniel Harris and Brandon Caserta are charged with conspiracy. Their trial could last more than a month.

Chappel spent hours in the witness chair. He described himself as a libertarian and gun rights advocate who was looking for ways to sharpen his firearm skills when he found a militia, the Wolverine Watchmen, on Facebook. But things turned sour.

“About a week later, I was contacted by the FBI. ... They asked if I would stay inside the group and monitor their activity,” Chappel told the jury.

Defense lawyers claim informants and agents improperly influenced the four men. They will get an opportunity to cross-examine Chappel next week. Two other men pleaded guilty to the scheme and will eventually testify for the government.

Whitmer, who is seeking reelection, rarely talks publicly about the case. She has blamed former President Donald Trump for fomenting anger over coronavirus restrictions and refusing to condemn right-wing extremists like those charged in the case. She has said Trump was complicit in the Jan. 6 Capitol riot.