How to Protect Your Car From Catalytic Converter Theft 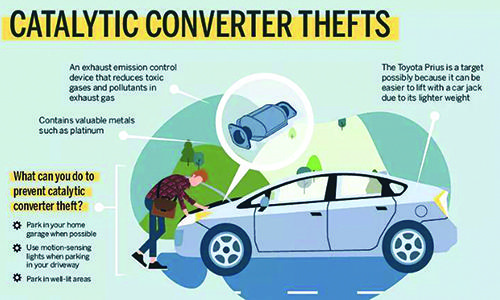 One morning in June, Janet went to start her Prius and was shocked to hear a loud rattling coming from the car.

“It made a horrible racket!” she recalled.

Janet, who lives in Pleasanton, discovered someone had stolen the catalytic converter from her Prius.

Her story is not uncommon. The Pleasanton Police Department received 27 reports of catalytic converter thefts in 2019, 64 reports in 2020, and 70 reports in 2021 so far.

This mirrors a spike in catalytic converter thefts across the Bay Area, across California, and across the country since the start of the pandemic.

“Since 2019, we’ve seen a 300% increase in the theft of catalytic converters,” said David Glawe, the president and CEO of the National Insurance Crime Bureau.

Why Converters Get Stolen

Download our local news and weather app for iOS or Android — and choose the alerts you want.San Jose29 mins agoCrockett2 hours ago

Catalytic converters contain precious metals like rhodium, platinum, and palladium. Thieves can pocket hundreds of dollars for each stolen converter by selling them to recyclers and auto repair shops.

It can take criminals two to three minutes using tools from a hardware store to swipe your converter, leaving you with a several thousand dollar part to replace. 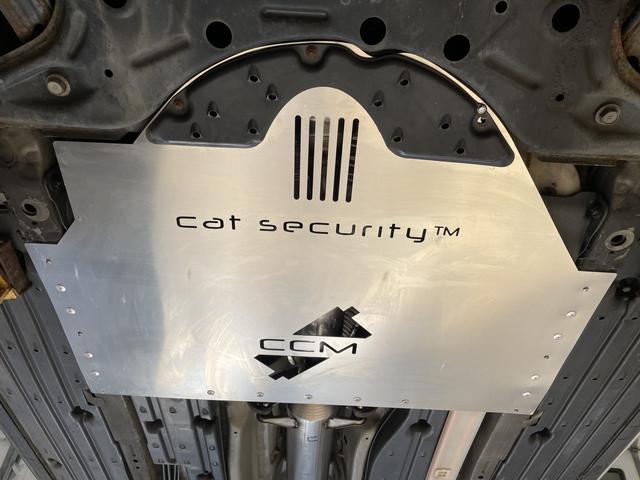 In California, it’s a violation of the state vehicle code to steal a converter. The penalty is a misdemeanor offense.

“You will go to jail,” emphasized Ryan Tujague, the Crime Prevention Officer with Pleasanton police, adding that there are more severe penalties if you're found stealing multiple converters.

Tujague pointed out that while your converter may be easy to steal, there are also easy ways you can prevent your car from becoming a target.

The easiest (and cheapest) recommendation Tujague has to curb your risk is to think carefully about where you park. Garages are the safest option, but if that’s not possible, aim for driveways, well-lit areas and places with video surveillance.

Tujague said etching your catalytic converter with your license plate number, driver’s license number or phone number can deter thieves. You can buy an etcher for around $20 and do it yourself or you could ask a mechanic to do it for you. Some law enforcement agencies will help you do this etching for free.

A muffler shop can help you weld a rebar cage around your converter. Tujague explained that the metal cage will stop thieves from trying to saw off your converter. The rebar work may cost you several hundred dollars.

For more protection, Tujague recommends installing locks on your converter. You can buy locks designed to go on your converter. They typically sell online for between $100 and $400. Some locks you can install yourself, while others might require a mechanic’s help.

Will Insurance Cover Locks or Cages?

An NICB spokesperson told us “it isn’t typical” that insurers would cover anti-theft device installation. However, NICB noted that installing an anti-theft device might earn you a discount on your overall insurance that could be packaged with other discounts such as a safe driver discount.

Which Vehicles Are Most At Risk?

In Pleasanton, the vehicles targeted most are Ford F-150s, panel or transportation vans, Honda Accords, Honda Elements, and the most frequent target of all: the Toyota Prius.

The Highway Loss Data Institute published a report this spring on theft losses for2004-2009 Toyota Prius models and found that theft loss for these cars increased "substantially" in 2020. A spokesperson said HLDI believes a spike in catalytic converter theft is what is driving the increase in theft losses for Prius owners.

Many law enforcement agencies believe the Toyota Prius is targeted because the converter is used less frequently and is easy to access.

NBC Bay Area reached out to Honda and Ford for comment on this story but did not hear back.

Toyota did respond to us with a statement saying, “Catalytic converter theft is an industry-wide challenge.”

Toyota went on to say, “While not the solution to the problem as a whole, taking preventative measures like smart parking and adding the Vehicle Identification Number (VIN) to the catalytic converter can help protect drivers from theft.”

“I don’t want to keep dealing with it”

As for Janet, she feels grateful that her insurance wound up covering the $2,700 it cost to replace her catalytic converter.

But now she is afraid that the thieves will return and steal her catalytic converter again.

Her intuition is correct, Pleasanton police say many catalytic converter theft victims wind up having their converters stolen again once they’ve replaced the part.

“Now I’m really thinking about just selling the car because I don’t want to keep dealing with it,” Janet said of her Prius.

Tags:  how to reset smart lock on au falcon