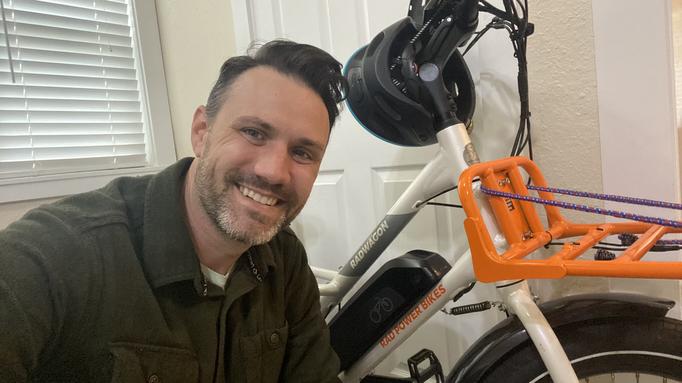 The third time my 1999 Honda Civic was stolen, I had a plan. I’d taken the usual preventive measures like locking the doors, using a steering-wheel lock and parking on a well-litstreet. But I also had something hidden deep in the car: a Tile tracker the size of a coin quietly transmitting its approximate location over Bluetooth.

Later that day, I was across town hiding down the block from my own car as police detained the surprised driver. When the Tile app pinged me with a last known location, I showed up expecting the car to be abandoned. I quickly realized it was still in use, with one person looking through the trunk and another napping in the passenger seat, so I called the police.

There was no reason to track the Honda down and put myself in danger. The car was my grandmother’s but it isn’t worth much beyond the sentimental value. I don’t need it to commute, insurance covers any damage, and in the past, the scrappy sedan always managed to turn up again on its own. But I was caught up in the moment and I had a piece of technology that could lead me straight to my property.

In April of this year, one month after my car was stolen, Apple released the $29 AirTag, bringing an even more effective Bluetooth tracking technology to a much wider audience. Similar products from Samsung and smaller brands such as Chipolo are testing the limits of how far people will go to get back their stolen property and what they consider justice.

“The technology has unintended consequences. It basically gives the owner the ability to become a mini surveillance operation,” said Andrew Guthrie Ferguson, a law professor at the American University Washington College of Law.

In the past, when people’s bikes or cars were stolen, they’d need law enforcement to help find them or, often, never see their goods again. Now, with inexpensive trackers, we have the power to find and confront thieves.

The gadgets are the latest addition to a booming “do it yourself” security market that can generate as much fear as safety. WiFi-connected cameras such as Nest and Ring record property crimes as they happen, and home security systems like SimpliSafe make it easy to set up motion sensors and alarms. Hyperlocal apps such as Nextdoor and Neighbors let anyone broadcast the details of criminal incidents, perhaps hoping it will net clues. Some suburban enclaves have gone as far as to install license plate readers to try to track anyone who comes and goes.

License plate scanners were supposed to bring peace of mind. Instead they tore the neighborhood apart.

But tiny Bluetooth trackers can offer something bigger: a real chance at getting back what was taken, immediately.

“Everybody’s had something like this stolen from them and wished they had gotten it back, had some agency in that scenario, had something they could do,” said Dan Guido, a technology CEO in Brooklyn who got his electric scooter back using AirTags. “It feels empowering and feels accessible, that’s what’s attractive about it.”

Guido had placed an AirTag in the stem of his electric scooter and another in the wheel well. The scooter, a $950 Segway Ninebot KickScooter Max, was his primary mode of transportation. He added the trackers after having another bike stolen once and a scooter stolen twice in the past six months. The New York City police hadn’t been much help in those cases, said Guido. “They kind of just shrug and say you should move on.”

So when the KickScooter with AirTags was stolen, he followed the signal on his iPhone and narrowed its likely location down to one block. Eventually he realized it was inside a bike store and convinced two officers to go in with him. It was sitting in the open, with cut wires poking out where someone had probably tried to locate the beeping sound coming from the AirTag.

Apple has been careful to never say AirTags can be used to recover stolen property. The marketing for the device is light and wholesome, focusing on situations like lost keys between sofa cushions. The official tagline is “Lose your knack for losing things” and there’s no mention of crime, theft or stealing in any of the ads, webpages or support documents.

But in reality, the company has built a network that is ideal for that exact use case. Every compatible iPhone, iPad and Mac is being silently put to work as a location device without their owners knowing when it happens. An AirTag uses Bluetooth to send out a ping with its encrypted location to the closest Apple devices, which pass that information on to the Apple cloud.That spot is visible on a map in the Find My app. The AirTag owner can also turn on Lost Mode to get a notification the next time it’s detected, as well as leave contact information in case it’s found.

Apple calls this the Find My network, and it also works for lost or stolen Apple devices and a handful of third-party products. The proliferation of compatible Apple devices — there are nearly a billion in the network around the world — makes Find My incredibly effective, especially in cities. (Apple device owners are part of the Find My network by default, but can opt out in settings, and the location information is all encrypted.)

Everybody’s had something like this stolen from them and wished they had gotten it back, had some agency in that scenario, had something they could do. It feels empowering and feels accessible, that’s what’s attractive about it.”

Chasing thieves is not the only serious use people have thought of for trackers. Apple has clarified multiple times that AirTags are not to be used on pets or people, including children, but that hasn’t stopped parents from putting them in backpacks or dog owners from attaching them to collars. 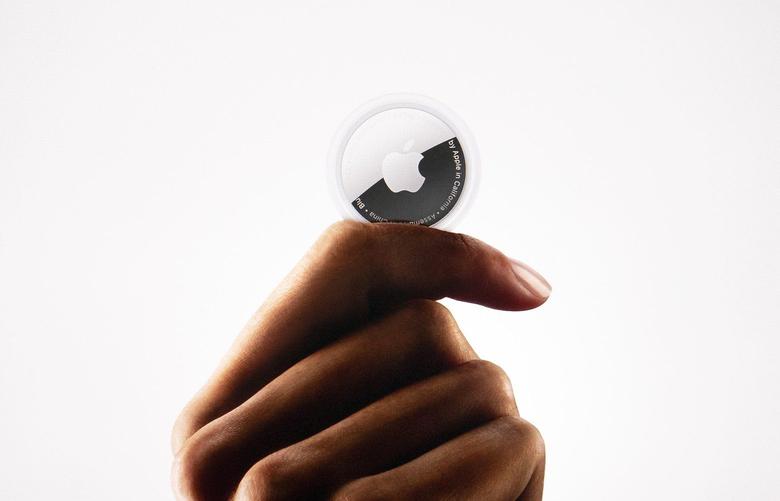 Immediately after their release, privacy experts raised concerns about AirTags being used for stalking. The company soon tweaked its anti-stalking features, making AirTags somewhat less useful for theft. The disk-shaped tag will now let out a beeping noise in less than a day if separated from its owner, and if a person has an iOS device, a push alert will let them know someone else’s AirTag is with them. If a person uses an Android device, however, they won’t get any kind of alert. Unhappy that it might give a heads-up to potential thieves, some AirTag owners are trying to muffle the speaker or are sharing tips on how to remove it completely.

“Apple does not advertise these products as a way of tracking down stolen items. It is not the usage Apple has in mind — they don’t want to encourage people to do it,” said Eva Galperin, director of cybersecurity at the Electronic Frontier Foundation, a digital-rights organization. “The problem is it’s impossible to build a tool that is designed to track down stolen items without also building the perfect tool for stalking.”

Apple doesn’t recommend attempting to find devices you suspect are stolen on your own and says people should report missing property with AirTags to local law enforcement, according to spokesman Alex Kirschner. Samsung also avoids talking about theft with its Galaxy SmartTag, but Tile hasn’t shied away from the situation. The company even publishes instructions for specific situations like a stolen bike. Tiles donot include anti-stalking features, but without the power of Apple’s network of other devices, they can also be less effective.

All the tracker companies recommend contacting law enforcement first, which may sound logical until you find yourself waiting hours in a parking lot for officers to address a relatively low-priority crime, or having to explain to them what Bluetooth trackers are.

Officer Tracy Hicks of the Houston Police Department has been tracking down stolen cars, bikes and other property for decades. He not only knows what AirTags are and how they work, but has them on his trailer, car and labradoodle. He’s adamant that AirTag users should never confront a person who they think has taken their property. Stolen property can also quickly change hands or be sold.

“Always, always call the police,” said Hicks. “You might be a big guy and think, I might get my revenge. No, you don’t know. The person in your car might not be the person who stole it.”

Officers with the San Francisco Police Department showed up within 20 minutes to help get my car back, though they weren’t familiar with Tiles. Like Hicks, the department recommends against people using technology for theirown security services, even in a city filled with early tech-adopters.

“There are some people savvy enough to retrieve their property, but we don’t recommend that at all,” said Officer Robert Rueca, spokesman for the San Francisco Police Department. “You don’t know what people are willing to do.”

The reality is, police are often dealing with other more urgent crimes, especially in large cities. The value of stolen goods can determine what resources are even available and a location device often isn’t enough evidence to require suspects to cooperate. When AirTags are involved, you’re also under pressure to find your property before the thief is tipped off by the beeping or push alert.

That’s how Mike Taylor found himself biking full speed through Seattle on his powerless electric cargo bike, away from the man who had probably stolen it. The street photographer had put an AirTag in the shaft of the $1,900 bike and called police with the location after it was taken, but said they seemed uninterested.

“What really motivated my decision to try to get it back myself was I hadn’t heard anything from the police officers for about three hours, and when I looked at the map, the bike was moving,” said Taylor.

He got closer to just keep an eye on it and spotted his unique white ride by a bench. Next to it, a man was fast asleep, his feet resting on the back of the bike. Fueled by adrenaline, Taylor walked to the bike, jumped on it, started pedaling and didn’t look back. While he’d bought AirTags to help find lost things, he was now sold on them for theft.

Trackers bring people like Taylor closer to the humans who actually take their things, far more than cameras ever did. That means people aren’t just having to consider how much danger they’re willing to put themselves in, but how far they will go for justice. Some victims might seek out revenge, even violence. Others may worry that calling police could escalate a situation, or find themselves having to decide whether to press charges and send someone to jail.

Chance Oyer waited hours in an unfamiliar drugstore parking lot for police to help him get back his backpack. It had been taken from the back of his car in Columbus, Ohio, by someone breaking a window, and it contained an expensive gaming laptop, Beats headphones, and iPad and an Apple Pencil. A dispatcher said Oyer could try to retrieve his belongings himself, but he decided to try waiting for the police first.

Eventually the police escorted him to a house where the beacon last registered. Oyer sat in his car while an officer went up and knocked, then had a 10-minute conversation with a man who opened the door, holding two babies. Eventually the man disappeared and reemerged with Oyer’s laptop and headphones. The officer asked Oyer if he wanted to press charges, and he said no.

“I don’t think I need to do that,” said Oyer. “He saw my face. Also he didn’t have to give me back my stuff. We had no evidence, just a past geolocation from the AirTag that said at some point this stuff was here. He did kind of the right thing.”

Tags:  will car start if i disable smart lock