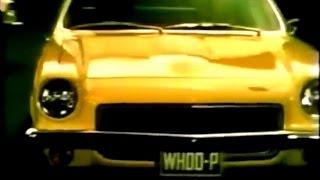 The General made more than two million Chevrolet Vegas during the car’s 1971-1977 run, and the numbers climb much higher if you include the Vega-derived Chevy Monza and its siblings. The Vega’s many quality problems and rapid cheap-subcompact depreciation led to nearly all of these cars disappearing from American roads well before the dawn of the 1990s, but I still find the occasional example during my junkyard travels. Here’s an early Vega two-door hatch that seemed to be in pretty good shape before it hit a large animal on an Arizona road a couple of years back.

Ouch. Let’s hope the driver was wearing the Vega’s modern (for 1972) shoulder belt correctly when the deer, cow, horse, or giant mutated javelina leaped in front of the car. 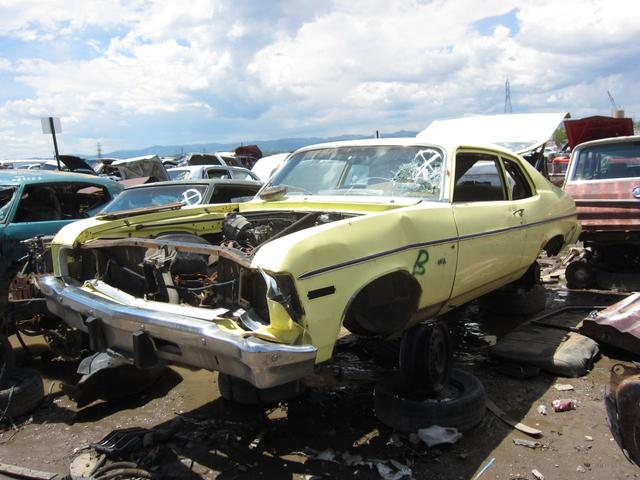 Most of the early Vegas came with four-speed manual transmissions, for the sake of cheapness and fuel economy, but the original purchaser of this car went for the automatic transmission option. Air conditioning would have been considered frivolous in a subcompact in 1972… unless you lived in Arizona, where AC-equipped white cars have been everywhere for decades. The radio is aftermarket, but I’m guessing this car once had at least the factory AM/FM unit.

No rust at all, which isn’t surprising, and we can assume that the powertrain was working at the time of the crash. Some lucky Arizona Vega lover may have harvested plenty of good parts off this car. Ninety horsepower when new, which would have felt like about 50 horses with that 3-speed automatic.

The Vega could have been the car that rendered Toyota, Honda, and Volkswagen irrelevant in North America during the 1970s, but it never lived up to the potential of its design. The same could be said of the Citation in the 1980s. Still, both the Vega and the Citation sold in large numbers, for a while, and I still look for them in wrecking yards.

If you like these junkyard posts, you can reach all 1,650+ right here at the Junkyard Home of the Murilee Martin Lifestyle Brand!