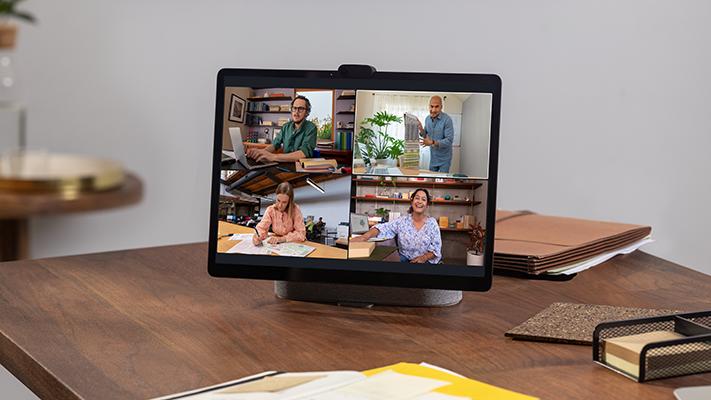 Many of us have gotten used to video-chatting professionally and in our personal lives. We've learned how to share screens, add cool virtual backgrounds and maybe, just maybe find that elusive mute button.

Smart displays can play a part in communicating with loved ones and bosses from miles away. Now, Facebook is adding to its lineup of Portal devices for even more virtual visiting options.

The release of two new devices shows how the social media giant wants to play an even bigger role in our daily lives as the pandemic fuels the popularity of video-chatting. Still, privacy concerns about Facebook could make people think twice about buying Portal devices, especially when they have plenty of other options for smart displays.

I have to hand it to Facebook, the company has addressed an issue no other major smart display maker has: portability. The Portal Go is battery-powered. It charges with a small magnetic charging dock; a nifty handle on the back makes it easy to tote around your house. The shape and fabric cover remind me of the tiny Lenovo Smart Clock 2. The Portal Go includes a 12-megapixel camera and a 1,280x800-pixel-resolution screen.

The Portal Go is essentially an updated original Portal with a battery and a handle. It will cost $199 (£199, AU$279). The original Portal is still in the lineup with a slightly lower price of $180 in Facebook's online store. The Portal Go scores points for portability, but it leaves me wondering why a consumer wouldn't benefit more from a similarly priced tablet equipped with a broader app store like Amazon's or even Google Play.

Spec-wise, both the Samsung Galaxy Tab A7 and the Amazon Fire HD 10 have a better screen resolution than the Portal (2,000x1,200 and 1,920x1,200 pixels respectively). The ability to download Amazon and Google smart home apps makes them just as capable in the home. The Portal does have the better camera, with 12 megapixels compared with the 8- and 5-megapixel cameras of the Tab A7 and the 5- and 2-megapixel cameras of the Fire HD 10. And the Portal can stand on its own -- but buy a folio case for your tablet and you're all set too.

I asked Facebook what might convince someone to make the switch from a tablet to the Portal. Lisa Auslen, communications lead at Facebook, pointed out that the wide-angle, panning camera and tuned audio make it better for video-calling than a tablet, and that built-in Facebook Assistant and Amazon Alexa features are an advantage. Then there's the Household Mode feature.

"[The] Portal is meant to be used as a communal device that is available for everyone in the home. Tablets are really designed as personal devices and aren't typically used in ways where household members can depend on them being available," Auslen said. "Household Mode is an example of how we are building on this – a computer for the house that can be shared, and anyone can use to make a call and deliver a more personalized experience through our support for multiple users."

The second generation of the Portal Plus is sleeker than the original Portal Plus, but the screen is smaller, at 14 inches compared with the 15.6-inch original model. It has the same $349 (£349, AU$519) price tag as the first-gen Portal Plus.

You'll get the same ultrawide 12-megapixel camera that's on the Portal Go, but a better screen resolution at 2,160x1,440 pixels. The Portal Plus' large screen enables a 25-person gallery in Zoom and you can be manually rotate and tilt it. 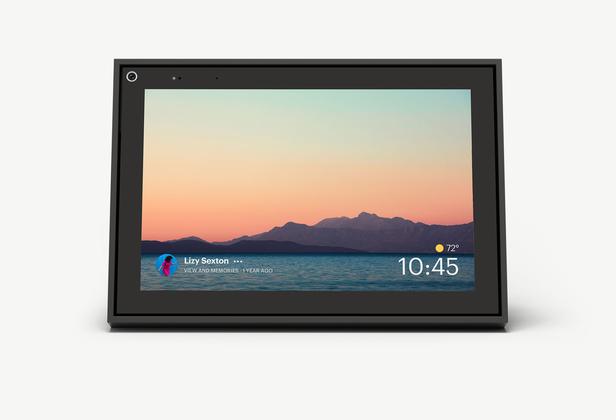 Both new models can pan and zoom to follow you around the room. This was a novel feature when the first Portals came out, but now the Echo Show 10 can do that, too. Work-centric new Portals come with new apps, including a Calendar app that can sync with your Outlook or Google calendar.

As with previous Portals, you can say, "Hey, Portal," to wake it up, make calls and perform a handful of other functions. You can also say, "Alexa" to access Amazon's digital assistant. Facebook added an Alexa interface screen for these new models, so you can do more than just call up the assistant and see a blue wave indicator. That's a welcome improvement over the stifled experience of the original Portals.

Special-effect features like AR masks, AR games and Story Time are still onboard. An updated Watch Together feature lets you watch content with friends on any device. Previously, Watch Together required a Portal to Portal call. Now, it's accessible on any mix of devices with Messenger. Watch Together streams content from Facebook's in-house studio, Facebook Watch.

A new Household Mode makes the Portal a more manageable device for the whole family. You can choose which apps to share with everyone and which contacts are available to everyone in Messenger or WhatsApp so your 4-year-old doesn't call your boss.

Who needs a Portal?

The Portals are partly marketed as an accessory for the remote workers many of us have become since the coronavirus pandemic hit. With multiple teleconferencing platforms onboard -- BlueJeans, GoToMeeting, Workplace, Webex and Zoom, with Microsoft Teams coming in December -- the pitch for these new Portals feels more to businesses than individuals.

Facebook says companies can purchase these new smart displays in bulk through Portal for Business, a service that turns Portals into corporate devices, complete with features like required password updates and remote wiping and rebooting. Employees can use a Facebook Work Account instead of a personal one.

"One of the big barriers that we've had for adoption ... by workers is their companies wanting to actually have those simple tools to manage and deploy those devices," said Micah Collins, director of product management for Portal. Collins said the Portal Plus could be a more popular choice for remote work because of its larger screen. The Portal Go could be useful for chatting with friends and families as children or other people move to different rooms.

Earlier in the pandemic, CNET spoke to people who bought Portal devices for older relatives. Research firm Strategy Analytics said that while Portal sales have grown, the device is still not widely popular. Facebook's Portal devices made up 1.1% of the global shipments of smart speakers and smart displays in the second quarter of this year, according to Strategy Analytics.

"The largest obstacle for Facebook is likely that consumers are wary of Facebook surveilling them and collecting even more data than it already does. A close runner-up to consider is consumers simply don't see Facebook as a hardware/device company," said Jack Narcotta, a senior industry analyst at Strategy Analytics who covers smart home services and devices.

Facebook CEO Mark Zuckerberg said the new Portals are connected to the social network's efforts to build a "metaverse," a virtual space where you can be present with other people. The social network has been testing a way to host meetings in virtual reality. "Portal is going to be a gateway for a lot of people to jump into some of these experiences, right from their home or office or wherever they have it," he said in a live video on Tuesday.

When Facebook debuted its original Portal displays in 2018, we reviewed them but didn't feel comfortable recommending that anyone make a purchase. The Cambridge Analytica data breach was at the forefront of a larger discussion on privacy and how mega companies like Google, Facebook and Apple operate in regards to consumer data. Since the scandal, Facebook has faced continued scrutiny. Just last week, new research on Facebook-owned Instagram's negative effect on teens surfaced.

That hasn't stopped Facebook from digging deeper into product development. A collaboration between Ray-Ban and Facebook produced new camera-equipped sunglasses in what feels like an ironic embrace of the spy aesthetic.

On the Portal devices, Facebook does include privacy features. You can set a screen lock passcode for access control. You can disable the microphone and camera with a tap or use the physical camera shutter. A red light will let you know those privacy measures are in place.

Collins said customer concerns are "complex," but the company is listening to feedback while taking privacy and user safety "extremely seriously." In 2019, Facebook temporarily paused human review of audio after Bloomberg reported that contractors had been listening to "Hey, Portal" clips to improve the accuracy of the device's software. Portal users can turn off storage of their "Hey, Portal" interactions in the device's settings or delete this data.

Portal preorders begin today and devices will begin shipping on Oct. 19. You can preorder your Portal from Facebook directly or at retailers including Amazon and Best Buy in the US and Canada. Portals are available in the US, Canada, UK, France, Italy, Spain, Australia and New Zealand.

Given Facebook's past and current privacy issues, I'm still wary of suggesting that a Facebook Portal is a good addition to your home. I'll be reviewing the Portal Go and Portal Plus in the coming weeks, so stay tuned for my final thoughts on these new smart displays.