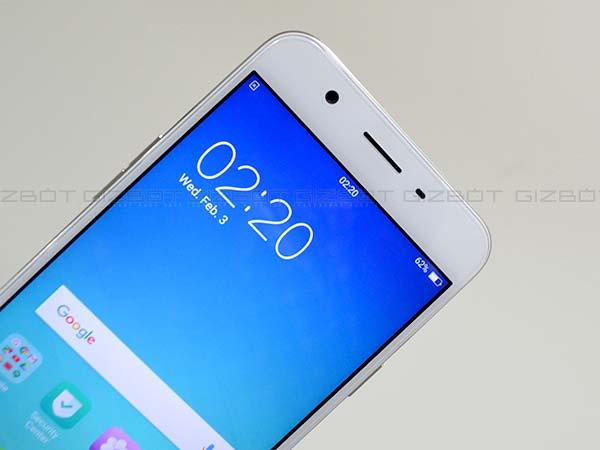 GizBot reported earlier regarding the Oppo F1s launch in India today at Rs 17,990.

Oppo hasn't got much fanfare in the country with the Oppo F1 Plus and Oppo F1, but certainly impressed many with its selfie image processing capabilities.

As the name itself suggests, the smartphone is the lower version in terms of specifications when compared with the Oppo F1 Plus and sits in between the Oppo F1 and F1 Plus.

The Oppo F1s is the same smartphone which was earlier launched in China as the Oppo R9. As usual, the USP of the smartphone is the 16MP selfie shooter.

The Oppo F1s comes in only one variant to India, that's the 3GB of RAM. We got our hands on the Gold colored variant (it is available in Silver color as well) of the smartphone and here is our first impressions on the Oppo F1s after playing with it extensively.

At first glance, we thought that the company mistakenly sent us the unit of Oppo F1 Plus. But, we were absolutely wrong, the Oppo F1s looks strikingly similar to the F1 Plus. It retains the same iPhone-Esque design with the home button below the display and the front facing camera along with speaker and proximity sensor placed above the display. It is a bit uncomfortable to use this smartphone with one hand due to its huge 5.5-inch display. 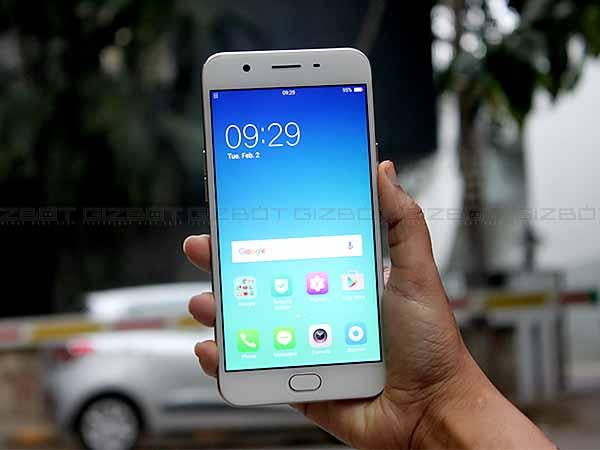 Oppo F1s has the same all-metal uni-body design with the volume rockers and power button placed on the left and right sides respectively. There is a 13MP camera on the rear with PDAF and LED flash.

The home button on the front is flanked by recent and back keys. Having said that, the capacitive keys are backlit. The microUSB port, two speaker grilles, and headphone jack port can be seen on the front. In terms of design, the phone looks a lot like the iPhone and we feel that the smartphone is designed well as the other Oppo smartphones impressed us, design wise.

While considering it as a downgraded version of the Oppo F1 Plus, the company has launched retained the same display size, but cut down the resolution to 720p. The display is a fingerprint magnet which resulted in poor viewing angles, however, the text is crisp and clear.

As said earlier, the USP of the smartphone is the 16MP front facing camera. We used the camera for a while and we were pleased with the results. Here's a selfie camera sample, just to give an idea. When compared the Oppo F1s front camera with the OnePlus 3, the results were quite amazing. The Oppo F1s blows away the OnePlus 3 in terms of sharpness and image quality.

The 13MP rear camera also does a decent job and locks in the focus within a second, which is decent enough. The camera application UI is entirely similar to that of iOS camera UI, but comes with 'Expert Mode' for manual controls and also has an 'Ultra HD' mode.

All the Oppo devices come with ColorOS and the F1s is no exception. The device comes with ColorOS version 3.0.0i and it looks like the iOS.

The Oppo F1s never showed any signs of lag in the brief amount of time, we got hold of the handset, however, we feel that the RAM management is poor and the device cannot hold more than 10 apps in the background and out-of-the-box the RAM available in the device is the 1.65GB out of 3GB, which is a bit of underwhelming. But, we will share our final verdict in the full review, which should be coming out soon.

As of now, the selfie camera and the crisp display impressed us, but the real power of the smartphone comes out when we put it into the full review. Stay tuned for the complete review of Oppo F1s in GizBot.