QOTD: What Was the Cheapest Car You Ever Bought? Receive updates on the best of TheTruthAboutCars.com 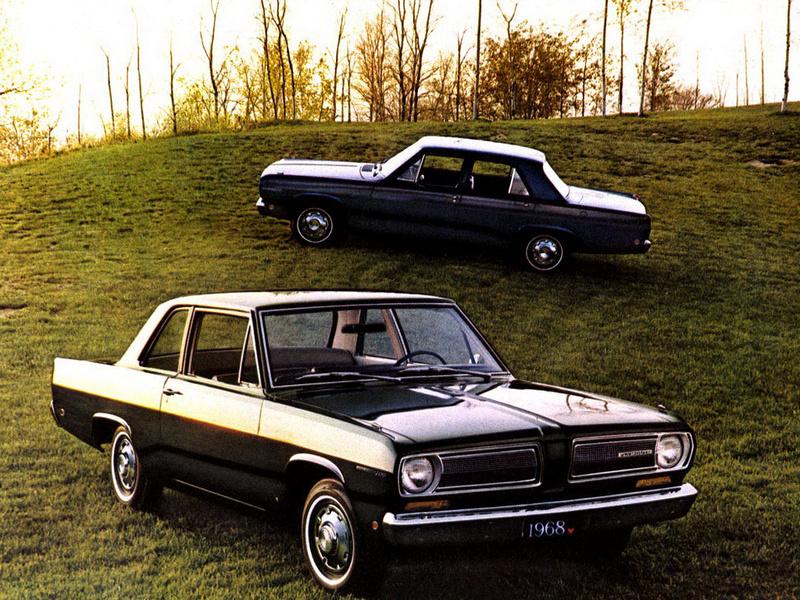 We called our 1968 Plymouth Valiant 100 “Slithis” after a cheesy horror movie about snakes. I’m not sure why, in retrospect; most likely because it was a green. It wasn’t that metallic gold green popular in the early 1970s, sometimes called “baby shit green” (parents will understand). Just eight years after production, Slithis’ verdant topcoat was starting to lose its lustre. It had 98,000 miles on the odometer and we paid $50 for it — a genuine “$50 special.”

Today, something comparable would have twice as many miles, cost 10 to 20 times as many dollars, and likely be in far better shape.

In 1976, a typical car was used up at 100,000 miles — or only mostly used up in this case. My now ex-wife Batya and I were starting our life together, soon to be joined by our first child, Sarah, who rode home in Slithis from the hospital after her birth, protected by what was then the latest in child safety technology: the General Motors Infant Love Seat. Bat made me stop at least a couple of times on the way home to make sure Sarah was breathing. New parents, go figure.

The Valiant was as “base” a car as one could get. I called it a small print car. Back then, the daily newspaper (remember newspapers?) sports sections often had full page ads from Sears, Firestone and the like, with ridiculously low teaser prices for batteries and tires in huge letters, while the small print at the bottom specified something like a skinny 13-inch tire size that fit maybe 1 percent of cars on American roads. Slithis took the tires and batteries in the small print. I remember a manager at a Sears automotive department insisting that the battery I wanted to buy wasn’t big enough and I had to show him in the reference book that a Valiant with a 170 cubic inch Slant Six indeed took it. 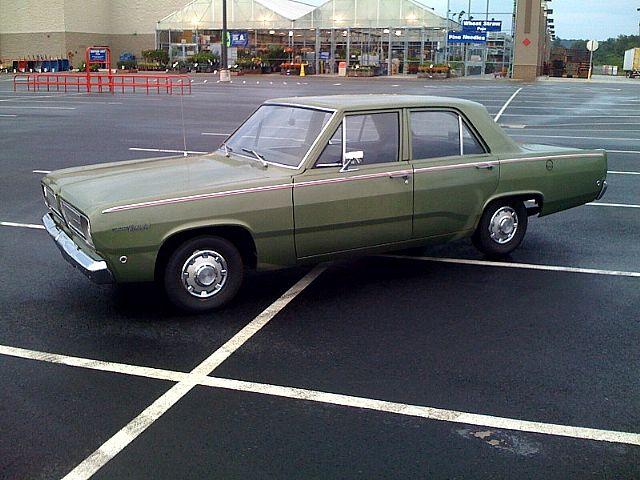 This ’68 Valiant is the same color as Slithis, but our Valiant only had two doors.

Yeah, Chrysler made a small version of that legendary engine for folks who were really cheap. How cheap was my mom’s friend from whom we bought Slithis? Well, the car had a heater, though by 1968 those might not have been extra cost options (yes Virginia, people used to have to pay for a heater), but the original purchaser did likely have to pay extra for the AM radio. There wasn’t any carpeting, just rubber mats, though the were pretty durable and easy to clean.

We added a cheap cassette player and a pair a speakers for the back deck to have sounds for when we went to New York City to get wholesale orders for the Hydraulic Bong at the National Boutique and Gift Show. Gotta have sounds. I think we paid almost as much for the stereo as we did the car — $35. On the way from Ann Arbor to Detroit on the way to NYC, the muffler blew out, so we stopped at a K-Mart for its cheapest muffler. It was single-digit cold and we had had a hard time getting the passenger compartment warm on our way to Detroit, so we grabbed some cardboard out of the trash at the K-Mart and stuck it in front of the radiator.

There was 5 degrees of slop in the steering — okay, maybe 10 — but it got us to New York and back and then some. We eventually racked up another 20,000 miles or so before the littlest Slant Six gave up the ghost when an oil pump failed on my way to pick up some acrylic tubing to build more bongs.

Hand-me-downs excepted, what was the cheapest car you ever bought that was in more or less running condition? How bad was it? How good was it? How long did it last?