Rolling Stone ‘The Falcon and the Winter Soldier’ Recap: To Catch a Predator 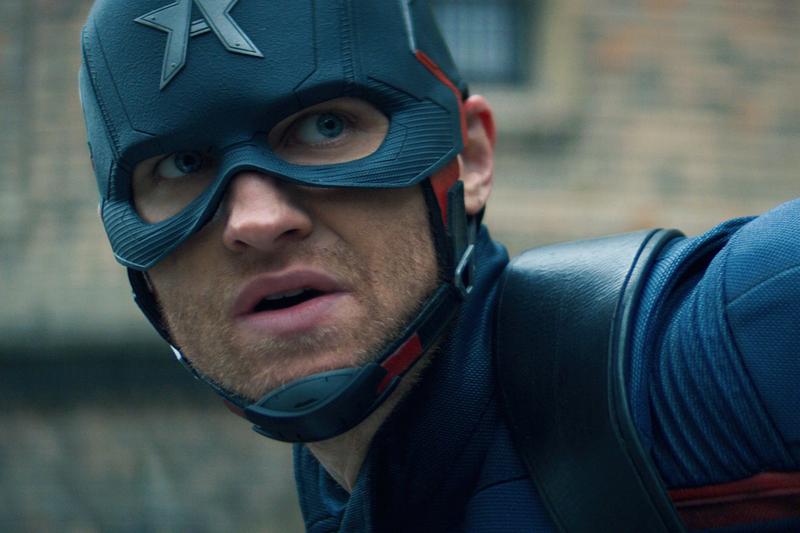 A review of this week’s The Falcon and the Winter Soldier, “The Whole World Is Watching,” coming up just as soon as I pull an El Chapo…

Two-thirds of the way through its run, Falcon and the Winter Soldier remains competent and little more. It’s a show in which lots of things happen in each episode, yet the individual episodes feel sluggish, because those various incidents don’t do much beyond inching the plot forward. And it’s a show that has never really solved the problem of the first half of its titular duo.

Sam Wilson’s origins in the comics are a mess that have been rewritten multiple times to try to sweep away some of the more distasteful parts. At one point, his backstory was that he was a criminal — really, as a pimp, not that the comics could say as much at the time — calling himself “Snap” Wilson, who reforms through his friendship with Steve Rogers. These days, “Snap” is meant to be a delusion implanted in noble social worker Sam’s head by the Red Skull’s use of the Cosmic Cube (a.k.a. the Space Stone in the MCU), but it’s best not to think about any of that. But because his origins are so muddled, he’s only sometimes felt like a character in his own right, rather than just Cap’s reliable sometimes-sidekick. Every now and then, a comics writer like Christopher Priest has figured out how to use him, but in the comics, the idea of Sam Wilson often outstrips the reality of him(*).

(*) This is also a Carol Danvers problem. Perhaps not coincidentally, both of them on the page tend to be most interesting when they’re working with the other Avengers, rather than in solo adventures.

The MCU made Sam’s origin story much simpler and more palatable — he’s a military veteran who bonds with Steve over their shared difficulty at being back in the civilian world — but never really deepened his characterization beyond the good guy who always has Cap’s back. Some of this is simply the result of him appearing in crowded movies where he was never the focus, and the hope was that an expanded showcase would do the same for him that WandaVision did for its heroes. 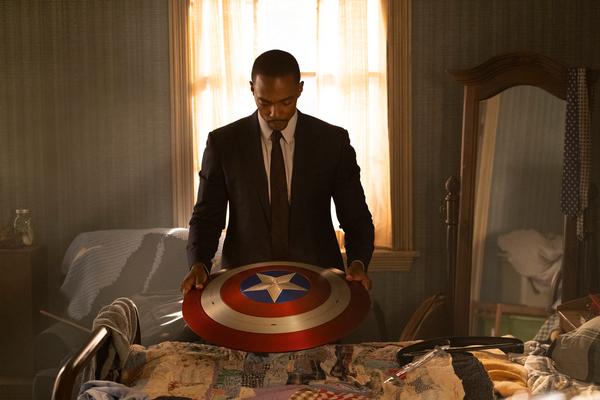 That hasn’t really happened, though. We know more about Sam’s family, and a bit about his complicated feelings about being a black man in America, which includes his decision to give away the shield. But he still feels like a very buttoned-down, reactive character, too dull and vaguely defined to be at the center of this tale rather than supporting his Avengers friends. Couple that with Anthony Mackie often seeming passive in the role when Sam’s not complaining about Bucky, and you have a character whose arc is meant to carry us through the whole tale, but who doesn’t feel compelling enough for the job.

Much of the conflict in “The Whole World Is Watching” springs out of Sam’s belief that he can talk Karli out of her violent quest, while both Zemo and John Walker insist that more decisive action has to be taken. Sam’s desire for a peaceful solution isn’t wildly out of keeping with what we know about him, yet his feelings of protectiveness towards her, and their brief moment of bonding, don’t really land. The show hasn’t truly untangled her motivation for murdering the security guards in the previous episode, but it flies in the face of the way she’s written and played here. Also, it’s hard to play the Killmonger Was Right card again if you don’t have an actor as charismatic as Michael B. Jordan in the antagonist role, and Erin Kellyman unfortunately isn’t at that level.

Then again, Zemo is shouldering some of the smart villain burden here, albeit in a way that continually makes our heroes look like clowns. If you took a drink each time Sam, Bucky, or Walker did something that gave Zemo wiggle room to escape — which he finally does in the middle of the Americans’ fight with the Dora Milaje(*) — you would be very drunk, possibly in need of an ambulance. But Zemo’s fear of Erskine’s serum plays out when Walker uses the last remaining sample on himself and publicly murders one of the Flag Smashers in what plays as a superpowered fit of ’roid rage.

(*) The shot of one of the Wakandan women holding Captain America’s shield at the end of that clash is among the more memorable images this show has given us, even if she only has it for a few seconds.

Before he’s murdered by Karli, Lemar suggests that “power just makes a person more of themselves.” This seems to play out with both of the men who have worn a Captain America costume. Steve Rogers was fundamentally brave and decent, and the serum just made him more capable of acting on those traits. Walker is hot-tempered and insecure, and now he’s strong enough to really lean into those impulses. We’re clearly heading toward Sam reclaiming the shield from this unworthy imposter, though it’s unclear if any more serum is available, or if he’d even want it. (When Zemo asks about this, Sam quickly says he’s not interested, but circumstances and minds can change.) But Sam Wilson onscreen is such a fuzzy character, it’s hard to picture what the “more of themselves” version would look like.

* Though this is a more Sam-centric episode, Sebastian Stan has some strong moments early on with the flashback to Ayo completing his Winter Soldier deprogramming. As Bucky reflects on all the pain he caused while brainwashed, Stan is almost too good. His guilt and self-loathing are so palpable, it’s hard to square that guy with the one who would so cavalierly free Helmut Zemo.

* Finally, we have now gone four episodes without seeing the Power Broker, and the character is generally referred to by name to avoid the use of more identifying pronouns. For a while, it seemed as if Zemo would turn out to be pulling a Keyser Soze on everyone and reveal himself as the Power Broker. But his vehemence on destroying the extra serum argues otherwise. So that leaves three remaining options: 1)Power Broker is Sharon Carter, who has gone full heel during her time as a fugitive; 2)Power Broker is an MCU character who has yet to appear or even be mentioned on this show; or 3)Power Broker is a red herring, and/or is revealed to be a character who hasn’t been in the MCU yet. None of these seem like great solutions — nor, honestly, would Zemo be, since it would only make our heroes look even dumber — but that’s where we are.