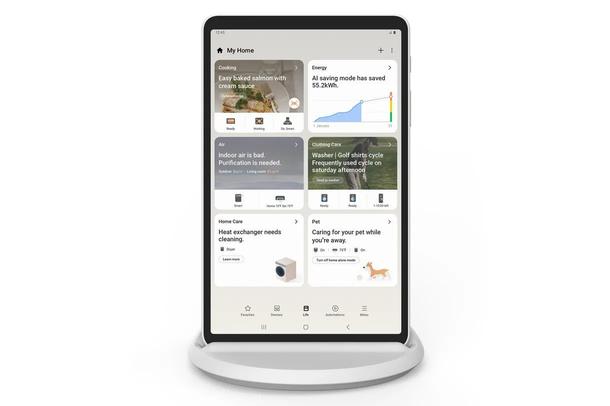 At its CES 2022 presentation this week, Samsung unveiled the first standalone SmartThings smart home controller. The Samsung Home Hub is intended to serve as a central hub for a family to control and monitor their smart home without needing to invest in a $4,000 smart refrigerator.

Samsung’s Bixby voice assistant is incorporated inside the 8.4-inch touchscreen tablet, and it will use AI to anticipate what you might need (we’ll see how it works out). For receiving notifications and issuing voice commands, the Home Hub sits vertically in a charging dock and features two microphones and two speakers. It appears to run Android-based on the photographs the business has released so far.

The Home Hub will “be able to connect to every product inside the SmartThings ecosystem” when it launches, according to Samsung, with integrations for other devices such as lights and door locks following soon. Although there was no mention of this being a SmartThings software hub (Samsung has stated that it is incorporating SmartThings hub software into many of its smart appliances), it’s difficult to think it won’t be. There’s no word on pricing or a US release date, but it’ll be available in Korea in March and then globally after that.

We still have a lot of questions regarding this, such as whether Bixby will be the only voice assistant choice. Is AI going to be a major annoyance? However, at first sight, this appears to be very similar to the smart home controller that we want Apple, Amazon, or Google would develop.

The move from smart home smartphone management to voice control has not been smooth. Many times, it’s quicker to tap on a screen to turn on the lights or lock the back door than it is to raise your voice, and the smart home still needs a simple, easily accessible interface to do so.

Google and Amazon’s smart displays have mainly failed to create a suitable dashboard for this type of control, needing many swipes and taps to access what you need. These displays also strive to be multitaskers in the house, serving as a calendar, radio, TV, and smart home device, yet they fail miserably at most of their tasks.

For example, I assumed Amazon’s new Echo Show 15 would be the solution I’d been looking for to operate my smart home since I removed the ancient iPad Mini from my wall. (Its screen finally gave up the ghost after four years of being permanently plugged in and sitting vertically against my wall.)

Unfortunately, the Show 15’s software falls short of the hardware’s promise, and while it looks great, its limited smart home controller interface means it won’t operate in my home.

Many people, including myself, want a dedicated smart home dashboard with shortcuts for controlling devices, triggering scenes, and viewing live camera feeds. That’s not to suggest that Echo Shows and Google Nest Hubs that do part of what they’re meant to do well have no place in the market. But what is required is a specialized smart home interface that can be installed on a wall or set up on a counter. 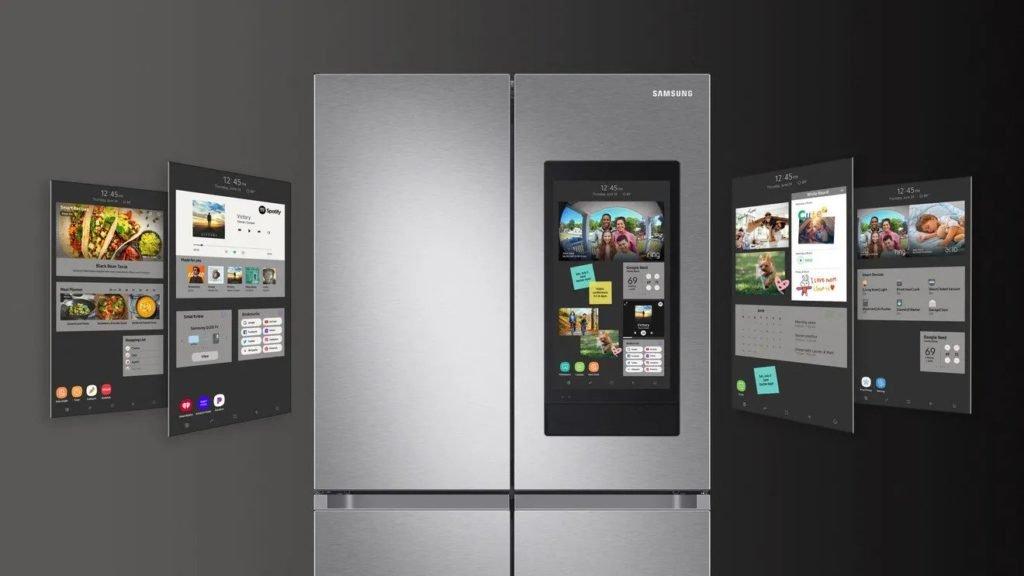 There have been a few attempts to solve this problem; the touchscreen Brilliant Control Panel, which replaces your existing light switches, is an inventive solution that utilizes a home’s existing wiring. However, deploying that system in every room is expensive, and the screen is significantly smaller than a tablet, making it less intuitive for all users.

So far, the size, orientation, and potential portability of Samsung’s Home Hub appeal to me. A vertical screen is more effective for smart home control than a horizontal screen since it allows you to fit more icons on the screen and, ideally, have rapid access to more functions. The Samsung Home Hub’s stand appears to be able to hold the screen horizontally if desired, though it will most likely only charge in the vertical position, and Samsung claims it can be picked up and moved around as needed.

Another thing they appear to have done well here is to make it a shared device. The problem with cramming existing tablets, such as the iPad, into the function of a smart home dashboard is that they’re intended to be personal gadgets. Different software and different strategy are required for a dedicated tablet for the house.

The Samsung Family Hub smart fridge has a similar UI as the Home Hub. Both look like a magnified version of Samsung’s SmartThings smartphone app. A Favorites home page displays your preferred devices, a Devices tab displays all of your devices, and a Life tab displays Samsung’s linked services, such as Cooking, Clothing Care, Energy, Pet, Air, and Home Care Wizard. That final one keeps track of your Samsung smart appliances and notifies you when your fridge’s water filter needs to be replaced, as well as provides troubleshooting advice when necessary.

It’s not the smart home dashboard of my dreams, but it’s a start in the right direction: a dedicated device for controlling the numerous parts of your smart home that doesn’t try to do needless party tricks and instead provides you and your family with a simple way to switch the house on and off.

The SmartThings Energy service, which analyses the power usage of all compatible connected devices and suggests methods to save energy based on usage trends, is being expanded to cover more goods and services, according to Samsung. Samsung also stated earlier this year that the SmartThings App would allow for real-time monitoring of whole-home energy consumption. Homeowners should be able to build up automation depending on energy bills or demand response events using this type of connectivity.

Samsung also revealed that it is a founding member of the newly formed Home Connectivity Alliance during its CES address (HCA). According to its website, the HCA’s major purpose is to create “Cloud to Cloud interoperability across brands,” which it started in September 2021. The HCA is a global coalition of smart home appliance makers focused on full interoperability between devices, according to Katherine Shin, a keynote speaker from Trane Technologies (another member). In the home appliance industry, interoperability has been a major issue, as upgrade cycles for large appliances are significantly slower than for speakers and light bulbs. GE Appliances, Electrolux, and Haier are all members of HCA.

Samsung is also a founding member of Matter, a new smart home standard with similar objectives. At this time, it’s unclear how this endeavor will integrate into Matter. The matter is a local protocol that allows devices to communicate primarily on a local network while also allowing access to the internet through IP. This new alliance looks to be focused on increasing cloud-based service connectivity. Since switching its SmartThings platform from a hardware-based smart home hub to a software-based service, Samsung has been pushing this more actively.

Here are the products Anker Innovations has brought to CES 2022