The Best Immersion Blenders for Faster Smoothies, Soups, and Spreads 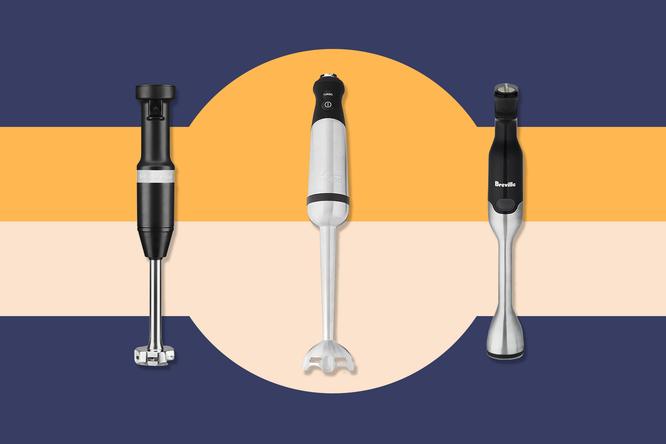 Pros:An exceptional blender that passed with flying colors across all of our tests and was the only one strong enough to break down chia seeds when making smoothies.Cons:It was one of the louder blenders we tested, likely due to its powerful motor. 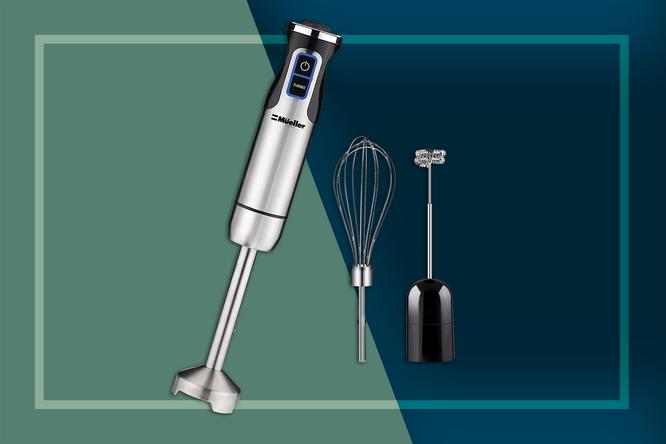 When it comes to impressive immersion blenders, this is it. Breville's powerful appliance came out on top of all our tests with minimal splatter or suction, flawlessly pureeing velvety smooth soup, blending smoothies in record time, and easily emulsifying mayo. We were particularly impressed with its smoothie performance, where it crushed ice in 40 seconds and chia seeds after just two minutes.

Importantly, the Breville has several design features that make it intuitive and enjoyable to use. Its textured trigger grip and variable speed dial were comfortable to hold and operate, and it didn't feel too heavy, even after a full minute of use. The trigger also made it easier to pulse, which was helpful in the emulsion test. Its 8-inch stainless steel shaft easily reached the bottom of deep containers and also featured a rubbered base to prevent damage to nonstick cookware. Also, its head is shallower than other models we tested, which minimizedsuction and prevent food getting stuck, so it was easier to clean.

The Breville's 15-speed dial is at the top of the blender, which means you need to use two hands to adjust between slow and fast blending. We also noticed that the highest speed setting was a bit loud during the soup test, 90 decibels, about the same level as a lawn mower. But since this blender proved to be the most powerful one we tested, we felt the benefits of speedy blending outweighed the noise.

Tags:  what happens if a smart lock battery dies