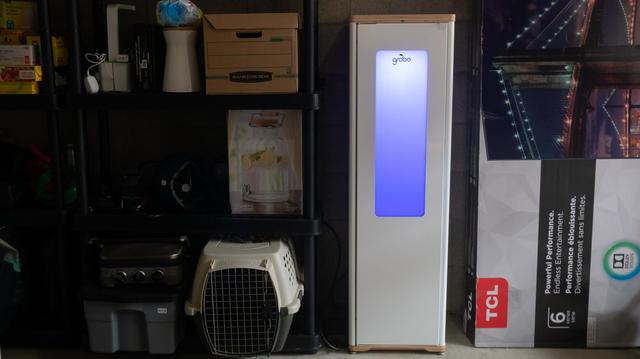 My experience with the Grobo’s automated cannabis growing device over the past year and a half has been mixed. In short, growing marijuana hydroponically, even with an automated machine, is a surprisingly complicated process.

While these issues may have delayed me writing this story, the additional time has given me more insight into the machine, the growing process and hydroponics in general, ultimately resulting in a better outcome with my following grow attempts.

With this in mind, what the Waterloo, Ontario-based company, founded by Bjorn Dawson and Chris Thiele, has accomplished with one of the industry’s first widely available automated marijuana growing machines, is undeniably remarkable.

When things are running smoothly, the experience is mostly hands-off and it does indeed grow potent weed. It’s just unfortunate the overall process of growing marijuana with the Grobo isn’t as streamlined as I hoped it would be.

First off, I picked up my Grobo from the company’s expansive warehouse, eager to get the device home and set it up. While bulky and heavy, I managed to fit the unit in my tiny car, though getting the $3,214 Grobo up to the condo I lived in at the time was a far more difficult task given its weight. Thankfully, Grobo offers delivery and the device ships to consumers nearly fully assembled.

The Grobo itself is great-looking and relatively non-descript. It’s a white, square box with a wooden top and bottom that comes in at roughly 121cm tall, making it relatively easy to slide into a closet, a garage or the corner of your home where it will remain relatively unnoticed (at least until you turn it on). Apart from its power cord, there’s a single button on the back of the device for opening and closing the Grobo’s door.

Inside there are five numbered bottles of nutrients, a basin and a plastic lid with a hole in the middle where the ‘coco pod‘ dips into the water so its roots can grow hydroponically. There’s fluid glass on the front of the unit so you can see your grow’s progress without opening the door, as well as LED lights on the top of the inside that switch between different spectrums to maximize the plant’s growth.

The Grobo is also connected to Wi-Fi, ensuring the device is configured for whatever seeds you’re growing in it. On the topic of cannabis seeds, there are countless options out there. Not being an expert on the subject led me to purchase a Sativa strain from Humbolt County in California called ‘Blue Dream.’ This seed selection ultimately turned out to be a mistake, but more on that later.

The setup process is relatively simple and only involved removing ample packaging, screwing in a carbon filter, soaking a coco pod in water, selecting a recipe, dropping in a seed and finally, filling the Grobo’s basin with distilled water,

All of these steps are navigated with Grobo’s simple web-based app, which offers users helpful suggestions throughout the grow, and allows users to change certain aspects of the device, including light timing (the company also runs a community forum called Allgrowers).

Up until this point, my experience with the Grobo was great. However, I quickly realized the device is far brighter and louder than I expected. While the company’s marketing material shows the Grobo sitting in a beautiful, Apple Store-inspired living room like an interesting conversation piece, that’s not practical. I quickly moved the Grobo to my front closet after the first week, which muted the unit’s sound significantly.

I recently moved to a house and now have the Grobo sitting in my garage, which seems like the ideal location for the device despite how sleek it looks, especially once the plants start budding and begin to smell a lot.

The Grobo features a built-in carbon filter designed to mitigate the pungent cannabis smell emitting from the device over the growing process, but in my experience, I found it doesn’t work that well. I attempted to use several different deodorizing methods, and while they helped the issue, the smell was nearly always around when my closet door was open. 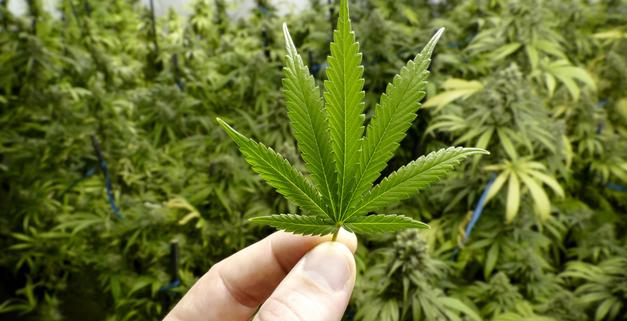 Now, onto what the actual growing experience has been like.

The particular strain I selected for my first grow attempt wasn’t exactly the best idea. While the Grobo is compatible with this type of cannabis, Blue Dream tends to grow extremely high. This meant the plant was continually hitting the unit’s lights and burning. I attempted to trim it nearly daily, but it still shot up to the top of the Grobo regardless of how often I tried to slow its growth. I even started using a more advanced technique called ‘super cropping’ that involved bending stems of the plant to the side so they could grow horizontally rather than vertically.

My first lengthy grow attempt, unfortunately, ended with a completely dead plant after the Grobo’s air pump died while I was away on a work trip. This was particularly devastating because the over 100-day grow process was nearly complete at that point. Grobo sent me a new pump I was somewhat easily able to replace but still, given the device’s cost, I expected its components to last a little longer.

After an extensive cleaning following my first failed grow turning into a smelly swamp, my second attempt was mostly successful. I encountered an issue related to nutrient delivery that Stephen Cambell, Grobo’s horticulturist, helped me solve over the phone after he repeatedly pumped nutrients through a blocked tube to dislodge debris.

This time I selected an indica-dominant strain known as ‘Shishkaberry.’ This strain grows far lower and is almost shrub-like, thankfully removing the issues I experienced the first time around with the plant growing too tall.

Not being that experienced with cannabis or gardening in general, I always felt nervous about trimming my plants into the “lollipop shape” the Grobo app pushed me towards with its helpful suggestions. This is something I managed to get over as I started to gain a greater understanding of what leaves needed to be removed for the plant to concentrate on growing the actual cannabis buds.

At the end of my first successful grow, I cut off all of the branches and trimmed the excess leaves surrounding the buds and left them for six days on Grobo’s magnetic drying rack inside the device. Then, I cut them a bit more and put the roughly 46g of marijuana I grew — which by the way, is a pretty cool thing to be able to say — in a large glass jar to cure.

The curing process still remains a little unclear to me, with it ultimately coming down to personal preference to some extent. I ended up keeping my cannabis in an airtight container for roughly two weeks, opening it once or twice a day to let a little moisture in. After researching curing after this grow, I realized some strains require up to four to eight weeks of curing.

Fast-forward to now and my latest grow with a sativa strain called ‘White Widow’ seems to have started off swimmingly. Unfortunately, given the current COVID-19 pandemic, changing out the basin with distilled water every week is no longer an option for me, which I’m concerned will have a detrimental effect on the plant’s overall growth.

In the end, my experience with the Grobo has been mostly positive. While I’m disappointed in the technical issues I encountered given the device’s price tag, it still offers a relatively automated experience.

There have also been improvements to the app over the last few months, including a new feature allowing users to configure the Grobo’s built-in PH sensor without contacting the company, as well as additional support for more strains. Grobo has even released a new version of the device that doesn’t feature a fluid glass window called the ‘Grobo Solid’ that costs a slightly less expensive $2,795.

As impressive as it is, the Grobo also isn’t exactly as automated as it might seem. Anyone following my sometimes frustrated Instagram stories related to the device over the last year and a half can quickly tell how frustrating the process can be.

Any way you look at it, dropping this amount of money on a device that grows cannabis is an expensive proposition, especially now that marijuana is legal across Canada and readily available.

Still, if you have the money and you’ve always wondered what it would be like to grow your own cannabis, picking up a Grobo is one of the few options out there that will almost certainly result in you growing a top-tier cannabis plant. However, as automated at the machine does make things you still need to interact with it often as it guides you through the growing process.

You can learn more about the Grobo on the company’s website.