Why Haier Is Reorganizing Itself around the Internet of Things 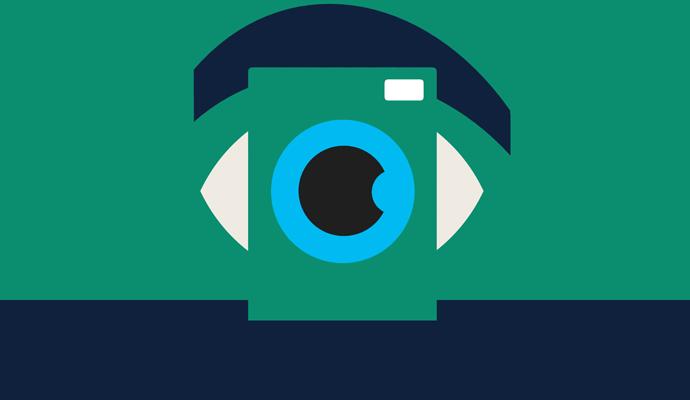 A version of this article appeared in the Summer 2018 issue of strategy+business.

As Haier’s chief executive, I have been aware of the pressure that the Internet has placed on the business models of large companies since at least 2000. That year, I attended the World Economic Forum’s annual meeting in Davos. One major topic of discussion was the new economy that the Internet was creating. Like many others at that time, I sensed that industrial society was approaching a great turning point — moving toward an Internet-based economy. Only by changing their way of thinking could business leaders catch up.

Today, the world has, of course, passed that turning point. No longer do successful companies compete through their brands. Instead, they compete through platforms — or, put another way, through linkages among independent enterprises, aligned via their interoperable technologies and their creative efforts.

Another economy is about to emerge now, with similarly broad effects. It revolves around the Internet of Things (IoT), the inter­connection of multiple devices and human activities embedded with sensors, robotics, and artificial in­telligence. When the IoT is fully in place, successful enterprises will com­­pete in this new way.

My colleagues and I have been thinking about these digital transformations for more than a decade. We have been deliberately changing our company so we can stay ahead of these global transformations. In 2005, with the Internet economy in mind, we began making innovations in our business model that would help us adapt. We called our new model rendanheyi. Ren refers to the employees, dan means user value, and heyi indicates unity and an awareness of the whole system. The term rendanheyi suggests that employees can realize their own value during the process of creating value for users. This new model was intended to foster co-creation and win-win solutions for employees and customers.

1. The enterprise is transformed from a closed system to an open system, a network of self-governing microenterprises with free-flowing communication among them and mutually creative connections with outside contributors.

2. Employees are transformed from executors of top-down directions to self-motivated contributors, in many cases choosing or electing the leaders and members of their teams.

3. Purchasers of our offerings are transformed from customers to lifetime users of products and services designed to solve their problems and increase their satisfaction.

In effect, implementing the rendanheyi model meant tearing apart the walls of our enterprise and changing our structure into a collection of entrepreneurial ventures. The Haier platform now connects more than 2,000 microenterprises in various locations around the world. The leaders of each microenterprise have the type of power — power to make decisions, hire staff, and control distribution — that would ordinarily accrue to the CEO of a company, not to a division leader. They can also manage the capital, recruiting external venture capital and conducting follow-up investment. They are, in effect, partners in their area of the enterprise. Only by this means can new opportunities be secured quickly; only when microenterprises are booming can a company the size of Haier maintain the passion and vitality of a pioneer.

The microenterprises are part of global Haier organizations, which maintain common functions for research and development, production, and sales. Each Haier branch is thus grounded in local markets. Rather than trying to compete by making homogeneous products, we design our businesses to respect the differences between customers in different markets. We try to assimilate into each local culture, while maintaining a global approach that fosters human dignity and aspiration (or as we call it, “the realization of self-value fulfillment”). The overall result is our “salad culture”: It is full of different vegetables, each one like a different national or regional culture, but the rendanheyi model, like salad dressing, binds them all together.

We have deployed this business model not just in our home country, China, but everywhere else we do business. For example, in 2016, Haier acquired GE Appliances (GEA). In the beginning, the rendanheyi model was not understood in GEA, and it was difficult to change the long-standing bureaucracy and linear management mind-set.

But we persevered. GEA first tried out the rendanheyi model in the water heater department, and found that this model didn’t dampen the interest of employees, as some had feared. Instead, it stimulated employees’ enthusiasm and creativity. Every employee could face the market and respond to user needs more quickly. GEA has since been split into seven microenterprises representing its seven appliance groups: stove equipment, refrigerators, laundry machines, dishwashers, water heaters, packaged terminal air conditioners, and FirstBuild and Giddy (two GEA platforms for crowdsourced innovation). In 2017, GEA began to select its microenterprise leaders through open elections, forming a management committee of three executives elected by their colleagues.

Since this transformation began, GEA’s overall market competitiveness has been significantly enhanced. During the 10 years before it joined Haier, GEA’s revenue had dropped by 11 percent, but in 2017, it increased by 6 percent. In terms of profit, the average growth rate had been between 4 and 5 percent for the past few years, but in 2017, profits increased by more than 20 percent, a first-ever double-digit growth rate. (The 2017 figures are based in part on projections.)

Other companies, including many consumer products companies, have not fared as well. Their failure doesn’t stem from poor product quality. On the contrary, they have been so obsessed with products that they have neglected the increasing importance of personalized user experience. In addition, many European and U.S. enterprises that had been very successful in the industrial era were aware of the need to transform, but their old practices have been too difficult to drop.

Although many other companies are catching up to the Internet economy, Haier is preparing for the economy that follows — the economy of the IoT. The term Internet of Things was coined by Kevin Ashton, cofounder of MIT’s Auto-ID Center, a research and development group focused on interlinked sensing technologies. In November 2017, Ashton visited Haier’s offices and devoted a day to helping us think through our strategy.

He observed that most other enterprises are focusing their research and investment on the development of product sensors, that is, devices built into every manufactured good that a company sells. Haier, by contrast, has focused on developing user sensors, or devices that monitor user behavior from a variety of vantage points, whether incorporated into products or not. This allows us to respond as a nonlinear system to the data that is gathered about our customers. For example, in China, we have linked our suppliers in a mass customization platform called COSMOPlat, which automates each step of production — in this case, for our Yunxi Generation II washing machines, which were introduced in October 2017. (Yunxi means smart and mute.) Among the suppliers are Dalian Eastern Display Company, Diehl Controls (which makes the computer-based controller), Rold (which makes the door lock), and Hangzhou Kambayashi Electronics (which makes the solenoid valve). The single automated process takes a customer’s order, designs the specifics, calls for the appropriate components from the suppliers, manufactures the machine as the parts arrive (there is no warehouse), delivers it to the end-user, and arranges for monitoring and service when it is in use.

There is a natural synergy between the rendanheyi business model and the IoT economy. We believe that all digital technologies should serve and satisfy the needs of users’ personalized experience. To evaluate performance, Haier uses a two-dimensional lattice form. The horizontal axis measures financial performance for each product, a conventional metric. The vertical axis shows ecosystem value, as depicted by the ratio of performance among interactive users (customers who engage with the company on the Internet and customize selection) and performance among lifetime users (those who have been with the company for some time). We require microenterprises to generate a model in which ecosystem income is better than product revenue.

The rendanheyi model changes the way we approach innovation. This has already bolstered our position in today’s Internet economy, and it will provide still more leverage in the IoT world. This inevitably affects the way we channel our R&D investment. For example, Haier has established an incubation platform called Hai Chuang Hui (HCH), which invests in startup ventures by Haier employees and others, with a special interest in social entrepreneurs. Hai means ocean, signifying our openness to a vast number of entrepreneurs outside the company; chuang means sharing resources; and hui means together. Currently, we have HCH bases in nations including China, the United States, Japan, and Israel. More than 200 entrepreneurial teams have been attracted, and most have already received a first or second round of financing. Some of these microenterprises are beginning to release products, including a popular video-game computer produced by a startup called Thunderobot and distributed by Haier. The HCH network provides ventures with brand endorsement, supply chain scale advantages, a common corporate governance platform, and other resources. Its success rate for new ventures so far is at 50 percent — much higher than the average level of success for new ventures at companies in general.

Our new business models and methods are all interrelated. Together, they have helped us create a distinctive global identity as a company. We have an overall way of doing business that feels different at first from conventional methods — but that, in our view, goes a long way toward explaining our success during the last few years.