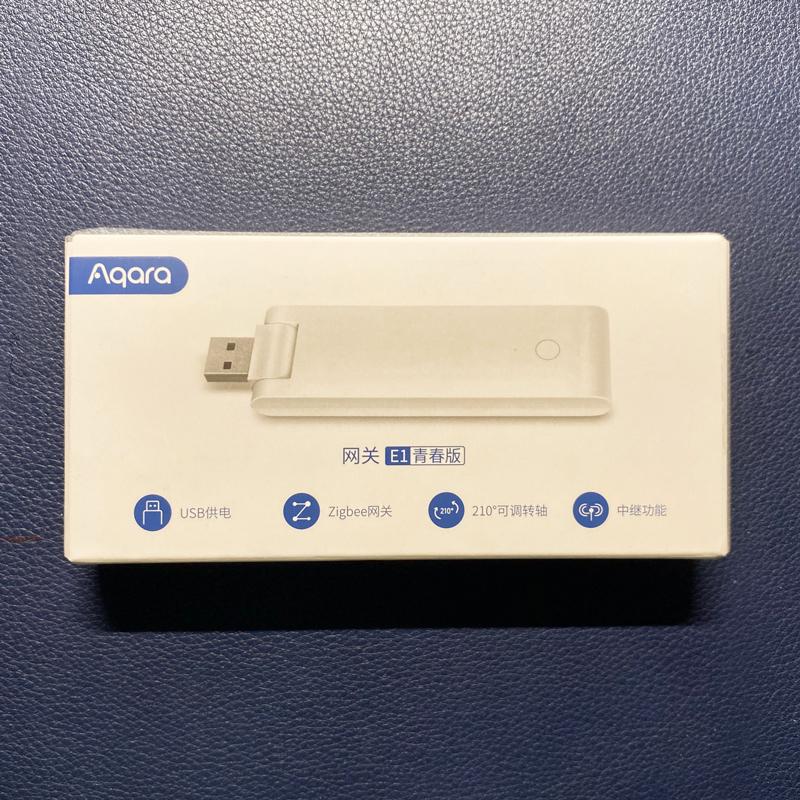 With the Mainland China release of the Aqara E1 hub, we’d like to share a few of our images of the product, including how it appears in both the Aqara Home app and the Apple Home app.

The packaging is fairly standardised now with Aqara’s style already set, but as you can see on the rear, the device is both HomeKit and Mi Home compatible, as well as being a WiFi device. The front also shows that the E1 has a WiFi relay or repeater function, which is something new for Aqara hubs.

The device itself is fairly uncomplicated, with the front showing an Aqara logo, a pairing/reset button, and a small LED. The rear contains the HomeKit code.

Another example of the size of the E1 is with it here next to an AirPods case. As it’s a low power device, in many instances it can be plugged into a suitable USB port on a power strip, for example. 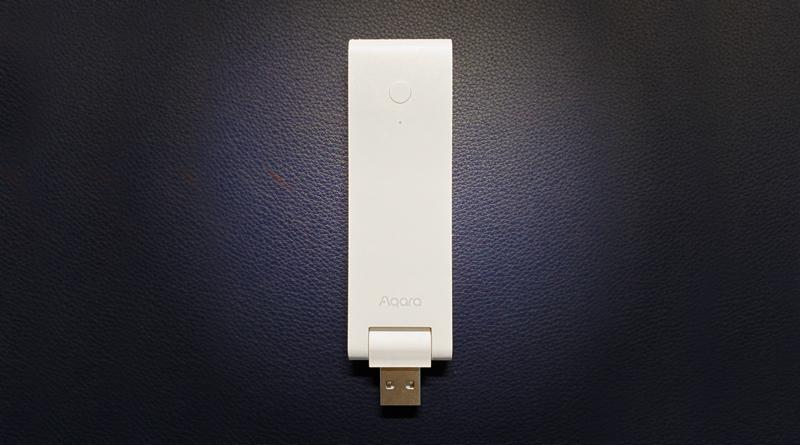 Adding the E1 to the Aqara Home app, involves the same procedure for any hub, and once added, will also be exposed to HomeKit as a Bridge.

Whilst the E1 has no speaker or buzzer, it can still act as a security system, so if you already have an M1S, or M2 hub, which do contain a speaker and Siren sounds, the E1 is another means of activating the Alert System in the Aqara app, via the Home app.

The additional function of the E1 being able to act as a WiFi extender may be of use in areas where WiFi devices aren’t close enough to the main router, so it serves double duty in this case.

We’ll be doing a full review soon, so subscribe to get our posts as they go live, in addition to following us on Twitter, Facebook, and Instagram to keep up with all the latest, as it happens.