Aqara Home or Mi Home – That is The Question… 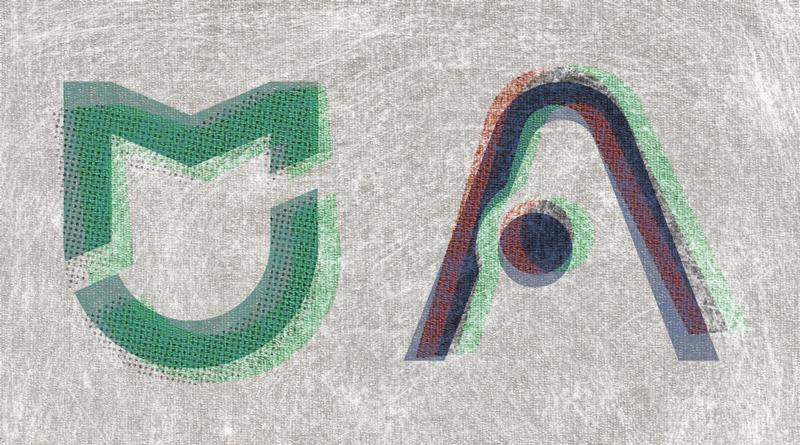 Now that the Aqara hub and many of the child devices are more widely available, thanks in large part to the company having an official presence on amazon.com, the inevitable confusion around which app to use has arisen. When it comes to the Aqara hub, whilst it’s HomeKit compatible, and even comes with a bonafide HomeKit code, you still need either the Mi Home or Aqara Home app to add what are referred to as ‘child devices’; namely the switches and sensors that work with the Aqara hub, and from there, get exposed to HomeKit.

So why are there two apps you might wonder? Well, before Aqara really came into its own as a brand, its parent company, Lumi United, was making devices for Xiaomi’s smart home brand – Mi or Mijia. This is why many of the sensors, and even the Mi and Aqara hubs look or behave very similarly. At that time, Aqara didn’t have its own app, and while they were beginning to make their own branded versions of the products they’d been making (and continue to make) for Mijia, they still needed Xiaomi’s own app if they were to be able to make the hub and child devices work.

Eventually, Aqara created the ‘Aqara Home‘ app in order to focus on the performance of the Aqara hub, and seemingly offer a bit more functionality to the hub, that Mi Home didn’t allow for, at least not initially. This app has come on in leaps and bounds in the last couple of years, and for most people who simply want to use the Aqara hub, and Aqara or Mi Zigbee-based devices with HomeKit, then it’s definitely the recommended app to use.

But if that’s the case, why are we asking the question in the first place? Well, it also depends on whether you want to delve deeper into the Xiaomi side of things, and furthermore, possibly get more Xiaomi smart home-related products and pass them through HomeBridge to get them into the HomeKit world too.

THE BASICSTo begin with, here are some of the basics; You can only have your hub and the associated devices in the Mi Home app or the Aqara app – not both, although if you do go for the Mi Home app, you can still see the hub and any connected child devices in the Aqara app, as long as you’re in HomeKit mode, this doesn’t work the other way round, however, so devices added to the Aqara app wil not appear in the Mi Home app. There aren’t any important benefits to this other than being able to update the hubs via the Aqara app if that update isn’t available in the Mi Home app. If you’re in HomeKit mode, you also can’t create automations in the Aqara app, so even though you can see devices that have been added to Mi Home, you can’t create any automations or scenes with these devices. The Aqara hub can work with a wide variety of switches and sensors, although they all need to be Zigbee-based, which includes the following devices if you’re using either app; 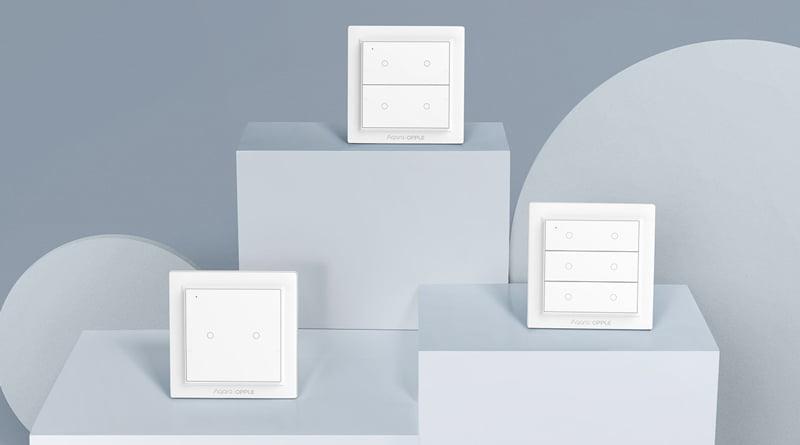 * These are not officially currently exposed to HomeKit

ADDING DEVICES – MI HOMESo far, so good. Where it can become more complicated is with using an Aqara hub designed for a region other than the one it’s intended for. with the Mi Home app, you are required to choose a Server Region. This basically then restricts which hub can be added, and which devices are listed as being able to be added. So, for example, if your Mi Home app’s region is set to the US, the Aqara hub will be listed, but you can only add the US version of the Aqara hub. If your app is set to Chinese Mainland, then you can only add the Chinese version of the hub. There are workarounds that sort of let you add them to other regions, but the restrictions still in place make it less appealing to go down that route. As already mentioned, this also applies to devices that can be added to Aqara hub, so if you have the US hub and the US server, you will see the US Aqara plug listed, but you won’t see it if you have the Chinese hub and the Chinese server. This list of devices in the Mi Home app also applies to products that don’t even require an Aqara hub to work, and either use Wifi or Bluetooth as their method of communication and connection. An example of these types would be the Mi Air Purifier range of devices, which is different from what you’d see if you were connected to the Chinese server. The list of devices is generally smaller everywhere else compared to what you get when connected to the China server; the US server lists eight (8) cameras, whereas when you’re connected to the China server you get access to thirty (30) different cameras! Thankfully many of the Zigbee sensors and switches that are compatible with the Aqara hub appear to be region free, which means if you bought an Aqara temperature sensor from a Chinese online store, it can still be added to your US hub on the US server without issue, although the wired switches by Aqara are an exception simply due to the Chinese versions not being physically suited to US homes in terms of dimensions. This is the case for the forthcoming US Aqara switches, which you won’t see listed on the Chinese server for the same reason.

ADDING DEVICES – AQARA HOMEWhen it comes to regions and servers, the Aqara app is sort of the same in many ways. You set up an account, then sign in with your chosen server. Also like the Mi Home app, the list of devices you can add changes based on which server you go for. The big difference with Aqara Home, however, is that you can sign out of the app, which is not possible with the Mi Home app. Once signed out, you’re effectively in what is called ‘HomeKit mode’. This then exposes every Aqara device that is compatible with the Aqara hub, regardless of which region it is designed for, so you’ll see the Aqara smart plugs for both the EU, China and the US all listed together. Better still, you can add a Chinese, EU or US Aqara hub to the app, and it will still work regardless, unlike the Mi Home app. One example that demonstrates this is with the recently released Aqara/Opple wireless switches; These are only designed for use in China, but I was easily able to add them to my US Aqara hub in the Aqara app, whilst in HomeKit mode, and once these devices are added, you can sign in to the US server again and they’ll still work. This is a major hurdle that Aqara has removed, that is still in place with Mi Home, and is the main reason I’d recommend using the Aqara app over the Mi Home app. That said, you are then restricted to only the devices that work with the Aqara hub.

SO WHY USE THE MI HOME APP?As stated before, if you intend to just stick with devices that work with HomeKit via the Aqara hub, then there’s really little reason to use the Mi Home app, and you can use the Aqara app without issue. There are two reasons why you may want to use the Mi Home app though; one of them is dependent on whether you want to diversify your smart home collection to involve Xiaomi Smart Home devices, in tandem with your HomeKit devices. I imagine there are many of you out there that wouldn’t entertain the idea of breaking from a solely HomeKit setup, and I appreciate that. At present though, when it comes to a few device types, there’s not a massive amount of choice when it comes to HomeKit. For example, Air Purifiers are one area that is very small in terms of compatible devices. Currently, there are two; the Brid Air Purifier, which I still believe isn’t officially HomeKit compatible yet, and the Coway Clean Air Tower air purifier, which I think might be discontinued, and even then was only available in China. There is the new VAP1 Air Purifier due from Vocolinc, but that’s still not a large lineup.

When you compare that to what’s on offer in Mi Home, set to the China server, there are thirteen (13) different models, although admittedly, some are older and possibly discontinued, although they’re still supported. As these are solely part of the Mi Home system, unless you start to use HomeBridge, these devices aren’t going to be exposed to HomeKit any time soon. However, Mi Home is compatible with Siri Shortcuts*, and as such, you can create scenes or automations in the Mi Home app, and control these (and other) devices, via Siri along with further possibilities via Shortcuts within the Home app.

The benefits of using the Mi Home app don’t stop there though; Whilst your Aqara and Mi sensors and switches are exposed to HomeKit, they’re also visible and programmable or readable in the Mi Home app. What are the benefits of that you may ask? Essentially these devices can act as a bridge between the ‘HomeKit’ and ‘Mi Home’ worlds. For example, you might have a couple of Mi/Philips smart bulbs that only work with Mi Home, alongside a HomeKit compatible Vocolinc light strip. With an Aqara wireless rocker switch, you can control both the Mi Home and HomeKit devices at the same time, so you can turn both the light strip on and the Mi/Philips bulb on with one press of the Aqara switch, despite them being in different systems. Another example might be that you’re using the Aqara temperature and humidity sensor to simply give you a guide on the measurements in the room, but as it can work in the Mi Home app, you can also program it to turn on a Mi Smart Standing Fan if it gets too hot. Of course, this does require automations to be set up in the Mi Home app, and not the Home app alone, so if you really want to keep it all within the Home app, it may not be for you, but automations only have to be done once, and then left to do their job, so it’s not a massive deal.

One final benefit of using the Mi Home app is that some Yeelight devices, like the Light Strip Plus, along with both the 2nd gen colour bulb and tunable white bulb, gained HomeKit compatibility last summer. As they weren’t HomeKit compatible when they first went on sale, they didn’t come with a code, so the only way to add them is via the Mi Home or Yeelight apps. They simply can’t be added to HomeKit directly, so you need one of these apps. Because the Aqara app doesn’t support any devices except its own, along with the equivalent Mi sensors and buttons, you can’t add these Yeelight products.

SUMMING UPSo, as you can see, both apps have their benefits. It’s mostly down to you, what you want out of your smart home, and whether you want to expand into areas that Mi Home covers better (in terms of hardware choices) than either the Aqara app or the HomeKit system generally. If not, then Aqara does away with the regional blocks that are in place in the Mi Home app, and allows you to add the devices it supports without the worry that you won’t be able to use your Chinese hub in the EU for example.