Hunting for a motherboard? Consider these 5 critical features first

Graphics cards seem to get all the attention, often overshadowing a vital component of your PC—the motherboard. We’re inundated with choice. Even just choosing the platform to build on—Intel or AMD—and your desired form factor—ITX, M-ATX, or ATX—takes careful thought. (See our 5 tips for choosing a motherboard or, if the shoe fits, our guide to picking a board for a Intel 12th-gen CPU for some useful pointers.)

But then you have the whole other matter of features: Wi-Fi or ethernet? How many PCIe lanes? Even RGB header options are a thing now, too. Let’s cut through the dense “over choice” and break down the five most important features you should consider when choosing a motherboard.

Some of us have done it—bought a motherboard, and only realized it doesn’t have Wi-Fi capabilities when we’re trying to connect. D’oh! We’re used to many smart devices having wireless capabilities de facto. Our smart phones and even our refrigerators have it, why not our PCs? Enthusiasts of old swore by cabled ethernet, and while it’s still an amazing way to connect, wireless is deserving of our consideration.

Wi-Fi technology is vastly improved over earlier versions. Wi-Fi 6 and beyond provides lower latency, faster speeds, and less interference. Many higher-end motherboards include it, such as AMD’s X570 or Intel’s Z690 models. There are some that are still ethernet only, and if you plan to use it exclusively near a router, that’s not a bad option. For maximum mobility and flexible placement however, Wi-Fi is king. (Many homes may have their PC set up in a different location than their router, for example.)

How about 10GB LAN options? Your use case will have to determine if it’s needed. Users who want to use 10GB for networking with a NAS or similar storage device will seek out this option, otherwise standard 1GB ethernet is more than enough. Now that internet speeds have begun exceeding 1GB in some places, we can expect 2.5GB or higher connections in the future, though the bleeding-edge of Internet speeds comes with some pricey headaches.

DDR5 is here, but the launch was marred by inadequate supply coupled with confusing motherboard choice. Intel’s Z690 platform had some motherboards support DDR4 only—or DDR5 only. While DDR5 is now readily available, prices are on average considerably higher than DDR4.

Is it worth it? Not at present, with modest performance gains to show for the higher prices. When next-gen AMD eventually joins in the DDR5 dance, we’re hoping wider market adoption will lower prices, but we’re not there as of today. Faster DDR5 kits are also slated to come out as time goes on, so you’ll likely want to avoid the early adopter tax on this one.

Performance features can be a huge motivating factor for motherboard selection too, aside from just RAM selection. Enthusiasts will go for names like the Asus Apex or Asrock Formula, which offer memory reset buttons, dual BIOS support, and even liquid-nitrogen settings for maximum tinkering.

These are generally outside the scope of regular motherboard use, however. Most component motherboards have sufficient VRMs and options to handle high-end chips such as the Ryzen 9 5950X or Intel’s Core i9-12900K.

PCIe lanes don’t seem very important until you run into limits—and need them. Why do people purchase expensive high-end Threadripper motherboards? PCIe lanes allow you to add a significant number of devices the more lanes you have. 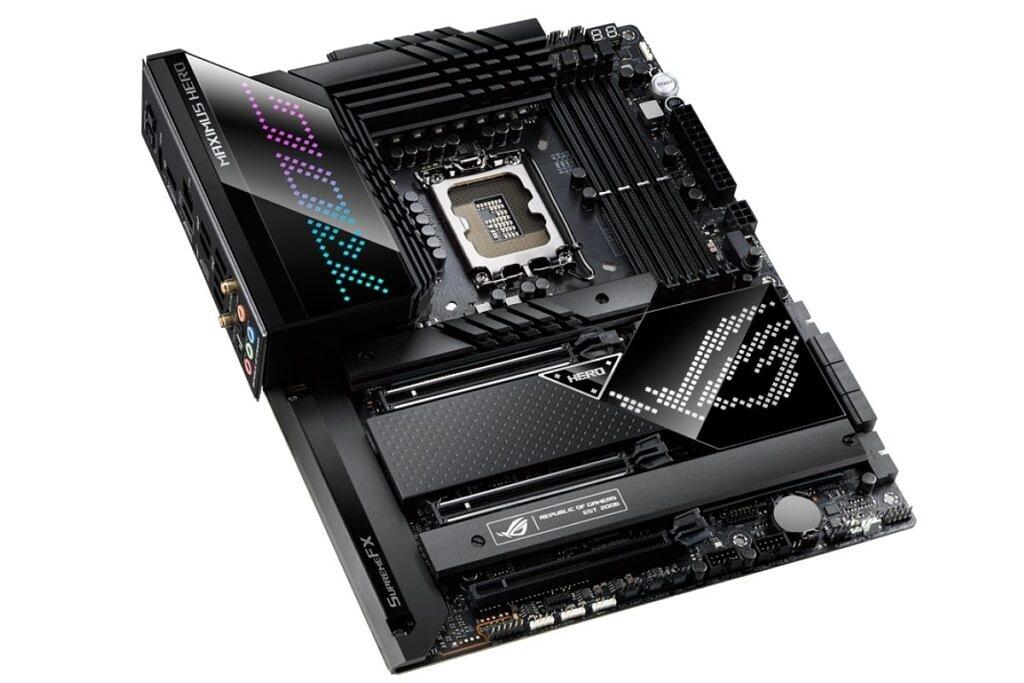 If you’re building a PC with just one or two NVMe SSDs and a graphics card, chances are you’ll be fine with most platforms that offer the standard setup. That’s one of the key differences when comparing AMD’s B550 versus its X570 motherboards, for example—the latter just offers more PCIe lanes.

If you’re going the workstation route, with multiple NVMe drives and perhaps even multiple graphics cards—(Gasp! If you can get them..)—you’ll want to have adequate PCIe lanes to support them. The same holds true for PCIe add-in cards such as RAID, sound cards, capture cards, etc.

SATA ports can be an important consideration as well, even if its popularity has diminished after NVMe drives became cheaper. (Remember to watch out for interactions between available PCIe lanes and SATA ports to—sometimes one can disable the other.)

Should you worry about PCIe Gen 4 versus Gen 5 speeds? Not right now, as we’re still in the Gen 3 versus Gen 4 world. Gen 4 is great to have, especially with super-fast NVMe drives and newer graphics cards taking more advantage of the extra speed. Gen 5 is still early and not practical in everyday use.

It’s all about connections

There are motherboards with a bevy of connections you’ll likely never need, but some are essential. First, you’ll want nicely spread-out fan headers to allow you to best route cables and install fans where needed. While all will have a CPU header, some will give you more options such as multiple system fan headers, and even water pump/AIO specific headers.

Of similar importance is having enough USB ports, too. USB-C is quickly becoming a widely used standard for many devices, and not all motherboards will have them. Thunderbolt 4 is the next step up—for those who want to make use of fast external storage or eGPU setups, this is a big benefit. You’ll find it more on Intel motherboards such as the Z690, but they’re making an appearance on the AMD platform on select motherboards, too.

How about RGB headers? You may laugh, but many PC builders (myself included) absolutely love the visual treat and customization that RGB provides to a build. Two things to know here: the older 4-pin RBG connection, and the newer addressable RBG 3-pin style. You’ll also want to know if there are more than one—some will have two to three, which helps in cable routing.

OLED panels that light up like Times Square? You don’t need ’em, but it is cool having the CPU temperature displayed there, or even a GIF of your favorite character.

Is upgradability a feature? Definitely—there’s nothing more satisfying than dropping the latest CPU release on a motherboard you bought a long time ago.

AMD has done well with allowing this on the latest X570 platform, but next release will likely need an entirely new socket, meaning new CPUsand motherboards. Intel has just recently released Z690, which hopefully will have at least one or two CPU upgrades in its future.

PCIe Gen 4 or 5 are not essential for most users now, but eventually they will be, so it’s not a bad future-proofing option.

Keep in mind a few curve balls that are almost anti-feature: For example, Intel’s LGA 1700 socket on the Z690 was different so that existing CPU coolers were not compatible out of the box with the new motherboards without a special bracket. Some manufactures like Asus had dual compatibility, but most others did not. This would go on the feature column for Asus Z690 motherboards, as it eliminates CPU cooler worries.

There are also some “nice to have” features being introduced in more motherboards, here are a few of my favorites:

Lots of choices and interesting features are out there for you to consider when you are selecting your motherboard, but keeping in mind the essential ones will make your choice easier. If you can fit in a few of these extraneous features as well, you are well on your way to experiencing the joy of PC building!