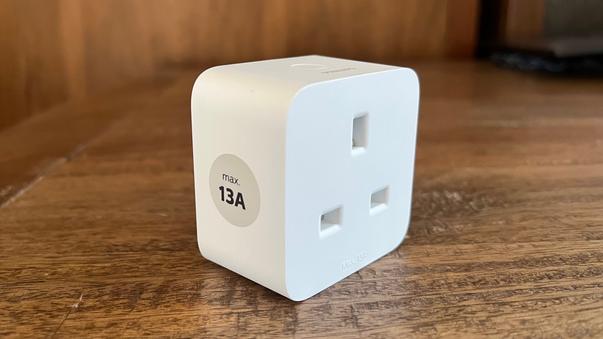 Small, sturdy, and reliable, the Zigbee-enabled Innr Smart Plug makes for an inexpensive way for Philips Hue users to turn their “dumb” lights into smart lights. 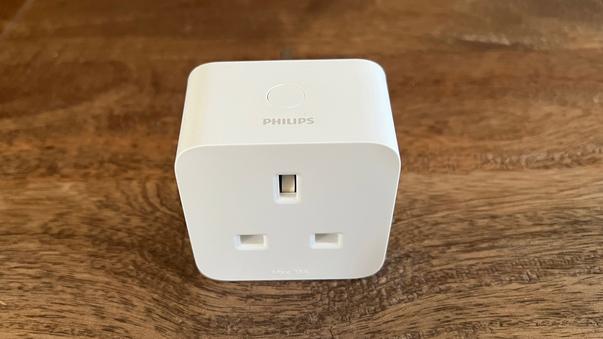 Meanwhile, Signify, the company that owns the Philips Hue brand, has just bowed its own smart plug. The aptly named Philips Hue Smart plugRemove non-product link can connect to iPhones and Android phones directly via Bluetooth, a plus for those who don’t have (or want) a $50 Hue Bridge. At $40, the Hue Smart plug is pricey, particularly for those who already own the Hue Bridge; in comparison, a single Innr Smart PlugRemove non-product link sells for $20 on Amazon, while a two-pack goes for $35, which makes for an enticing value if you’re shopping for multiple smart plugs.

Of course, you could just skip the whole issue of Hue, SmartThings, or Wink compatibility and go with an inexpensive smart plug that works via Wi-Fi or Bluetooth, and indeed, doing so might be the best option for those who haven’t invested in a smart hub yet. Click here for reviews of our favorite smart plugs, including both those that require hubs and others that don’t.

Of course, there’s nothing stopping Philips Hue and SmartThings users from getting a cheap, no-hub Wi-Fi- or Bluetooth-enabled smart plug, but doing so means you’ll need to fire up a separate app to control it.

I tested the Innr Smart Plug using a Hue bridge as well as with a TP-Link Deco M9 Plus mesh router that doubles as a Zigbee hub. Innr claims its smart plug also works with the Samsung SmartThings hub, but I didn’t test its SmartThings compatibility since I don’t have a SmartThings hub in my house.

In my case, I inserted the Innr Smart Plug into the top socket of a vertically oriented two-socket wall AC outlet. The three prongs on the back of the plug are sitting near the bottom of the plug’s housing, which means the plug gives a wide berth to a socket that’s beneath it. When I inserted the smart plug into the bottom socket, however, it partially blocked the hole for the grounding prong in the socket above.

I purchased four Innr Smart Plugs (or a pair of two-packs) for testing, and of the four plugs, three of them began attempting to pair with my Hue bridge as soon as I plugged them in; a green indicator light in the top-left corner of the plug’s front panel flashes when the plug is in pairing mode. The green indicator on the fourth plug remained dark when I first plugged it in, but once I pressed and held the power button on the left side of the plug’s housing, the green light started flashing.

Next, I launched the Hue app on my iPhone and tapped the “Add light” button, and lo and behold, the four Innr Smart Plugs (labeled as “On/Off plug” 1-4) appeared within seconds, all without having to deal with any complex workarounds or punching in serial numbers.

Once I added the newly discovered plugs to my “Downstairs” room and Hue routines, I was able to control all the existing smart bulbs plus my new Innr smart plugs with a single tap in the Hue app. The plugs turn on and off with an audible click, which could be either satisfying or annoying depending on how you look at it. Like the official Philips Hue Smart plug, the Innr Smart Plug only allows for on/off operation; dimming isn’t supported.

Getting the Innr Smart Plugs up and running with Alexa and Google Assistant was a breeze, too. Since both digital assistants were already connected to my Hue bridge, the new smart plugs popped up in the Alexa and Google Home apps immediately, and I was able to control them either individually or in my “Downstairs” light group with voice commands. Unfortunately, the Innr Smart Plug is not compatible with Apple HomeKit.

As I mentioned before, I wasn’t able to test the Innr Smart Plug with a SmartThings hub, but I did try—unsuccessfully—to control them with my Zigbee-enabled TP-Link Deco M9 Plus mesh router. The Deco M9 Plus had previously managed to connect to a quartet of Innr Smart White A19 bulbs that I’ve previously reviewed, but in this case, no dice. I tried the discovery process several times, but the router always came up empty handed.

If you want to control the plug manually, you can simply press the power button on the left side of the unit.

As we noted before, we haven’t tested the Innr Smart Plug with the Samsung SmartThings hub, and we’re a tad concerned that the plugs failed to work with the TP-Link router/Zigbee hub combo. We’re also a little disappointed by the lack of HomeKit support, although to be fair, HomeKit compatibility isn’t nearly as common as Alexa and Google Assistant support when it comes to smart plugs. In any case, we’re convinced that the Innr plug makes for an effective and inexpensive accessory for Philips Hue users, and that’s no small thing given the size and dominance of the Hue ecosystem in the smart lighting market.

Note: When you purchase something after clicking links in our articles, we may earn a small commission. Read our affiliate link policy for more details.

Ben has been writing about technology and consumer electronics for more than 20 years. A PCWorld contributor since 2014, Ben joined TechHive in 2019, where he covers smart speakers, soundbars, and other smart and home-theater devices. You can follow Ben on Twitter.