Business BriefsLate last month, IBM and EMC announced a five-year $3 billion extension to its existing technology alliance. The agreement calls for IBM to sell other technologies, including microprocessors and advanced custom chips, to EMC. Currently, IBM supplies high-capacity disk drives to EMC for inclusion into its Symmetrix Enterprise Storage systems. For IBM, this alliance marks the second significant supplier agreement in the last month. Earlier in March, IBM and Dell Computer agreed to a multi-year $16

Jini coming to storageThe release of Jini, a networking software extension of Sun Microsystems` Java language, is among the latest examples in the company`s continuing vision to network virtually everything together. Jini provides a programming layer that gives devices such as disk drives or digital cameras instant plug-and-play network functionality. Jini-connected devices and applications can then automatically acknowledge each other and share services.

nStor merges with AndatacoFurther consolidation in the RAID market continued last month when nStor Technologies announced it will acquire 75% of Andataco Inc. stock from its president, David Sykes. Under the terms of the agreement, nStor will also purchase from Sykes a note for $5.196 million owed him by Andataco. He is expected to remain as president of the San Diego-based vendor.

Quantum to diversifyTo differentiate its two distinct product lines and lay the groundwork for diversification into new storage markets, Quantum last month proposed to splitting itself into two separate business units and to issue two classes of tracking stock. The two businesses–the Hard Disk Drive Group and the DLT & Storage Systems Group–would be traded separately on the stock exchange. The plan may take four to six months, depending on SEC and shareholder approval.

Storage takes spotlight at N+IAs the lines between network administrators and storage administrators begin to blur, in part due to the emergence of the Fibre Channel storage/network interface, Net-world+Interop is becoming an increasingly important show for managers in charge of storage acquisitions. Traditionally a network-centric show, N+I (May 10-14 in Las Vegas) is increasingly becoming a prime showcase for storage vendors to introduce new products.

Storage vendors support LinuxIn good news for the 24 million users of Linux, a wide variety of storage vendors recently announced support for the alternative operating system. For example, disk controller manufacturers such as Adaptec, AMI, DPT, ICP vortex, and Mylex have all announced Linux drivers, in some cases across their entire line of controllers.

Transoft manages SANsTransoft Networks, in Santa Barbara, CA, may have hit a home run in the storage area network (SAN) management arena with its SAN Manager software, which is due from OEMs and resellers within two months. The software addresses some of the problems that users have managing SANs with heterogeneous servers and disk arrays.

CRU backplanes cool disk enclosuresConnector Resources Unlimited (CRU) last month released a series of disk enclosure backplanes with a cooling technology–called temperature controlled cooling system, or TCCS–that the company claims lowers temperatures by as much as 20%. Designed for OEMs, the backplanes can accommodate most SCSI implementations, as well as CRU`s DataPort VI series of removable-drive cartridges. The cooling system uses a combination of conduction and convection techniques. Other features include no cables betwe 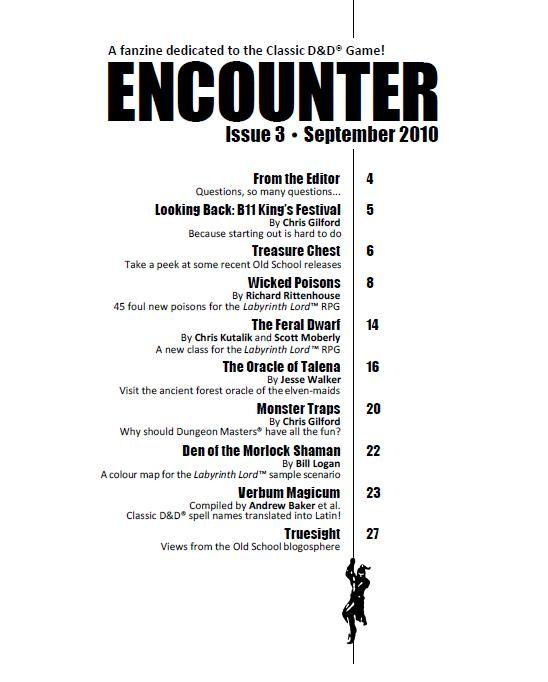 Eastman Kodak rolls out CD-R mediaLast month, Eastman Kodak introduced its Kodak CD-R Silver Plus media. The new discs contain a silver alloy that provides the reflectivity of silver to resist diminishing reflectivity, while maintaining the durability of gold to resist corrosion.

Exabytes X200 library is SAN-readyExabyte has designed its X200 library–the first Mammoth library in its Arrowhead family–to work in storage area network takes up to 10 Mammoth tape drives and from 40 to 200 170m EXA TAPE cartridges. Initially, the library will ship with Mammoth-1 drives, for a capacity of 8TB and a transfer rate of 60MBps, assuming 2:1 compression. Equipped with Mammoth-2 drives, the library`s capacity jumps to 30TB, with a 300MBps transfer rate (with 2.5:1 compression). Other library features include multi-d

Maxtor adds UltraDMA drivesLast month, Maxtor introduced the DiamondMax Plus 5120 series of hard disk drives. The latest in the vendor`s line of 7,200rpm drives, the DiamondMax Plus 5120 series stores 5.1GB per platter, with total capacities up to 20.4GB. The drives are UltraDMA-compatible, and have an average seek time of 9msec. Once chip sets are available, Maxtor plans to add UltraDMA/66 interface compatibility. The HDD includes a 512KB cache buffer, giant magneto-resistive heads, and PIO Mode 4 and DMA Mode 2 compati

Plasmon introduces DVD-RAM libraryAt this month`s AIIM show in Atlanta, Plasmon IDE introduced a series of DVD-RAM libraries designed to meet the low-cost image archiving needs of applications in markets such as health care, engineering, financial and government. The 120-, 240- and 480-slot models have storage capacities ranging from 312GB to 1.2TB. The libraries support 2.6GB, single-sided DVD-RAM media and CD-ROM, CD-R, CD-RW and DVD-R formats. Pricing starts at less than $11,000 for a two-drive, 120-slot, 312GB configuration.

SCSI HBA for PCs and Power MacsInitio Corp.`s Miles Bluenote SCSI host bus adapter works with Apple`s Power Macintosh G3 systems as well as standard PCs with the PCI interface. The cross-platform, bus-mastering adapter delivers 20MBps and features F-code functionality, which enables computers to boot from peripherals connected to the SCSI adapter. Price: $119, including internal and external connectors for attaching up to 15 SCSI or SCSI2 peripherals, a 50-pin-to-25-pin DB converter, and a variety of software management packa

Tandberg targets entry-level marketsExpanding its line of scalar linear recording (SLR) drives and libraries into entry-level markets, Tandberg last month announced SLR Autoloaders. The autoloaders, which will be available next month, use either SLR24 or SLR50 (formerly MLR3) tape drives and can accommodate up to 8 cartridges for 48GB to 200GB of native capacity and transfer rates to 7.2GB per hour. The autoloaders are backward read-compatible with older SLR formats. They are available in table-top or rackmount configurations (two

Veritas simplifies volume managementVeritas Software recently announced the availability of Volume Manager 3.0, a suite designed to provide online disk and storage management for enterprise and storage area network environments. Among the improvements in the 3.0 version is Online Relayout, a tuning feature that offers administrators the ability to reconfigure logical storage online while the data remains available to users. Task Monitoring is another added feature that enables administrators to throttle volume recovery speeds. Sma

WD achieves 4.6GB per platterWestern Digital is shipping evaluation units of 3.5-inch disk drives that pack 9.1GB and 18.3GB at 4.6GB per platter. The 10,000rpm devices use the Ultra2 SCSI LVD interface. Production shipments are expected this summer. Later in the year, Western Digital plans to ship Fibre Channel Arbitrated Loop (FC-AL) and Ultra 160/m SCSI versions of the drives.

Are SANs really “open”?The recent explosion of storage area network (SANs) announcements has led to vendors peppering their press releases and customer briefings with the word “open.” But are SANs any more open than the more traditional approach of attaching storage directly to host servers?

Automating network backup in data-intensive environmentsOrganizations of every size and description depend heavily on computerized information. Server applications, such as e-mail, data mining, and intra/internet, are growing at unprecedented rates. For example, PC and Unix application server markets are expected to grow at a 23% a year clip through 2002, while the file server market will grow 9% a year through the period.

Can Suns Jini change the way we network?In January, Sun announced the availability of Jini, a networking infrastructure that runs on top of Java creating a “federation” of virtual machines. Put simply, Jini is a piece of Java software that gives devices “plug-and-play” network functionality. It comprises just 48KB of code, and the virtual machine required to run the code doesn`t have to be present in every device–just accessible on the network.

Improving performance with solid state diskRunning SAP has many advantages for an organization. It provides a unified framework that permits all departments to share information and it enables upper management to review an organization`s entire operation without having to interface with different systems to collect data.

Multiplatform integration is the key to storage networksAs vendors queue up to present their visions of heterogeneous networked storage solutions, users are in a race to separate the wheat from the chaff in this emerging arena. Strategic storage purchase decisions are being weighed by a new set of criteria, many of which are rooted in the years of block-and-tackle work required for heterogeneous data management.

The case for software RAIDThere is a common perception that software RAID is not a viable disk-array solution, because it consumes too much bandwidth from the host CPU and it is not fault tolerant. While this may have been the case 10 years ago, changes in server, CPU, and RAID technologies address these problems. Server technology, for one, has advanced significantly, evolving from 66MHz single- to 400MHz multi-processor systems. Such high-powered servers can easily handle RAID tasks performed on the CPU.

Whos using Fibre Channel and why?Fibre Channel offers a number of potential benefits over alternative interconnects such as parallel SCSI, including faster throughput, fault tolerance via dual loops, a large number of devices per loop, and long connection distances. But before you take the plunge, look at how your peers have justified the cost of migrating.

Tags:  how much bandwidth do smart plugs use