What is a smart plug, and how it can stop your fear of leaving the coffee maker on? 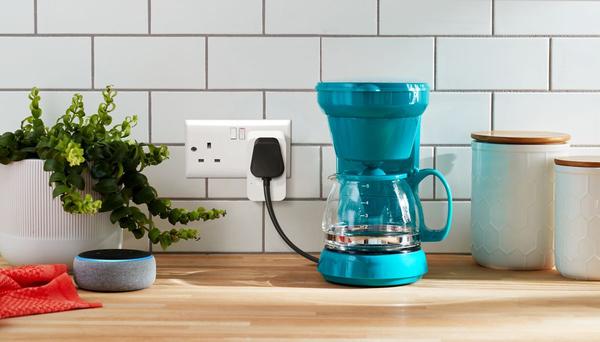 Ever left the house in a hurry, only to get a sinking feeling a little while later - you've left the coffee maker, radio, hair straighteners, or even your favorite lamp switched on? Chances are heading back to switch off the offending item isn’t viable - so what can you do?

This is where thebest smart plugs come in as they allow you to power an outlet on or off from your smartphone, even when you’re not at home. So rather than wasting hours returning home, just take your smartphone and in a few taps you’ll be able to turn off a device you’ve left switched on.

How do smart plugs work?

Smart plugs have grown in popularity over the past few years - according to market research firmStatistica, a fifth of US households own smart home automation devices including smart plugs. It’s not hard to see why as these are some of the most affordable and easiest ways to start your smart home journey, and subsequently make your life easier.

There are two types of smart plug available; the simplest and most common versions plug into an existing power outlet, with everyone from Amazon and Philips Hue to We-Mo and even IKEA producing this kind of smart plug.

Alternatively, you can get smart outlets that can be installed in place of your existing power outlet, from brands such as TP-Link. However, you’ll need to access your home’s wiring to replace these, which will mean calling in a professional and is likely to result in the wall around the socket needing a paint touch-up. The upheaval, and expense this will cause, could mean this isn’t the option for you.

Just like thebest smart lights and othersmart home devices, whichever type of smart plug you plump for, they’ll use Wi-Fi orBluetooth to connect to your smartphone and allow you to control the plug from an app.

Bluetooth smart plugs are the simplest to connect, but unlike those that connect using Wi-Fi,they can’t be easily controlled when you’re away from home.

This is because they require a hub, sometimes also called a bridge, which relays commands from your smartphone to the cloud and back to the smart plug.

These hubs are usually manufactured by the band itself, for example, the Philips Hue Bridge which can be used with Philips smart plugs and its Hue smart lights. However, if you use Apple devices such as an iPhone or iPad and have chosen to use Apple’s HomeKit smart home ecosystem, then Apple’s HomePod Mini or an Apple TV 4K can be used as hubs to allow compatible smart plugs such as Eve Energy, to be controlled when you’re not at home. 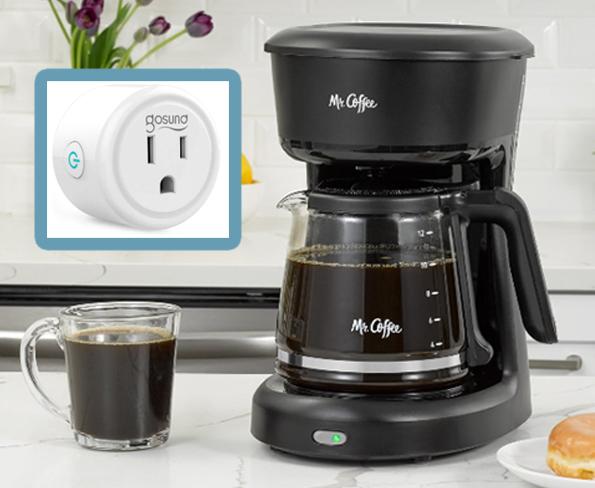 As well as allowing you to switch the socket, and whatever is connected to it, on and off from your smartphone, smart plugs also let you set schedules for when the outlet will power on or off automatically. Some even keep track of how much energy the appliance connected to the plug is using.

How do Wi-Fi smart plugs differ?

Smart plugs that use Wi-Fi don’t needa hub or bridge as they have a direct connection to the internet so the commands can be relayed straight to the plug, even if you’re not at home. Wi-Fi also means the smart plug can be controlled by a voice assistant too - so you can ask Alexa, Google Assistant and/or Siri to switch it on or off, once you’ve used the relevant app to identify the plug. The voice assistants can also ensure the smart plug work with other smart home devices; for example switching on a radio connected to the plug when the smart lights are diamond to create the perfect wind-down atmosphere in the evenings.

Not all smart lights work with all voice assistants, however, so make sure you check it will work with your current kit before you buy.

Which are the best smart plugs?

With so much choice in the smart plug market, including big names such as Amazon, Philips Hue and TP-Link rubbing shoulders with the likes of Eve and WeMo, it can be hard to know which is the best smart plug for you. We’ve rounded up the best from each of the big hitters to help you choose.

As smart plugs go, you’ll be hard pushed to do better than Eve’s latest version of its Energy smart plug. Simple to use, the smart plug offers remote control and energy monitoring for any device connected to the plug. It uses Thread smart home technology to link the plug to the internet, rather than Wi-Fi, which improves the stability of the connection, putting an end to smart home devices failing to respond.

There’s one small problem though - it’s a HomeKit-only plug so you won’t be able to set it up without an iPhone and it's not compatible with Amazon Alexa or Google Assistant. It’s easy to set-up - just connect the plug to a power outlet and scan the QR code located in the box (its also on the device itself) with the camera on your phone to get the smart plug up and running. It can be controlled using the Apple Home app on your smartphone, but not all functions are available so you’ll still ned to download the Eve app to access some functions.

The best smart plug for Alexa

For those with Alexa-enabled smart homes, Amazon’s own brand smart plug makes it easy to set-up automations in your home, and quickly integrates with other Alexa-enabled devices too.

Extremely simple to set-up - it uses a QR code in the same way as the Eve Energy but you the QR code is scanned through the Alexa app, the Amazon smart plug is responsive to control and is often discounted or bundled with an Amazon Echo smart speaker or smart display - making it great for those dipping their toe in the home automation waters.

If you’ve got more than one electrical appliance you want to control remotely, this powerstrip from TP-Link is the brand that’s known for routers and networking products, is the ideal choice.

Simple to use, it has three outlets that can all be controlled from the Kasa app or using Alexa or Google Assistant. There’s even a handy Away feature that will randomize when the outlets switch on and off - great if you’re using the smart plug to simulate occupancy to deter intruders. Unlike TP-Link’s other smart plugs, this one can’t keep track of how much energy the appliances are using but it's still great value for money.