What’s the Difference Between a Power Strip and a Surge Protector?

RELATED: Protect Your Gadgets: Why You Need a Surge Protector

A power strip plugs into a wall outlet and offers outlets for multiple devices. But that’s all a simple power strip does. It’s essentially an extension cord with multiple outlets and no fancy features, although it might have a switch to quickly cut power to all connected devices. Connecting a device to a power strip is just like connecting it to a wall outlet, at least in terms of safety.

When it comes to expensive electronics devices like your TV and home theater system, or your computer and other fancy electronics, using a surge protector is a good idea. But, when you’re just plugging in a coffee maker or toaster, a simple power strip is just fine. 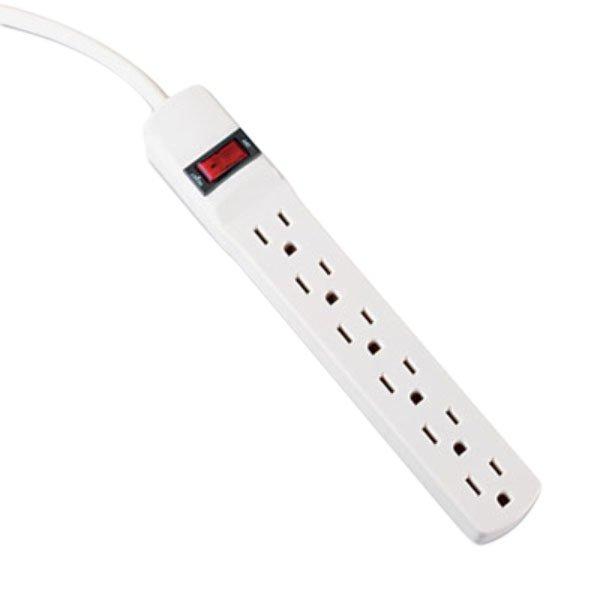 How to Tell the Difference on the Packaging

As long as you know to look for surge protection, the product packaging (or web product listing) makes it easy to avoid plain power strips and find a surge protector.

How to Tell the Difference on the Device

If you have a bunch of power strips lying around and you’re not sure whether they’re surge protectors or not, you can tell with a quick examination. Surge protectors often (but not always) have a “Protected” or “Protection” light on them that lights up when they’re plugged in. This tells you that the surge protector is functional and doesn’t need to be replaced.

If you flip the device over and read through the fine print on the back, you may see a “suppressed voltage rating” or similar specification. If you see anything that refers to “protection” or “suppression” on it, the device you have in your hands is a surge protector.

RELATED: Why (and When) You Need to Replace Your Surge Protector

If you don’t see a “protected” light or anything related to protection or suppression printed anywhere on the device, you’re holding a simple power strip and not a surge protector. It’s fine for your coffee maker, but you probably don’t want to hook up your home theater system to it.

RELATED: How to Select an Uninterruptible Power Supply (UPS) for Your Computer

And if you’re looking for even more protection for your desktop or laptop computer, you might want to consider an uninterruptible power supply (UPS) instead. These also offer surge protection and the ability to plug in multiple devices, but also protect against sudden power loss with a battery backup. They give you the time to save documents and power down your computer gracefully should you lose power.

READ NEXT
Tags:  can i use a smart wifi plug and a powerboard