Why you should upgrade to Wi-Fi 6/6E 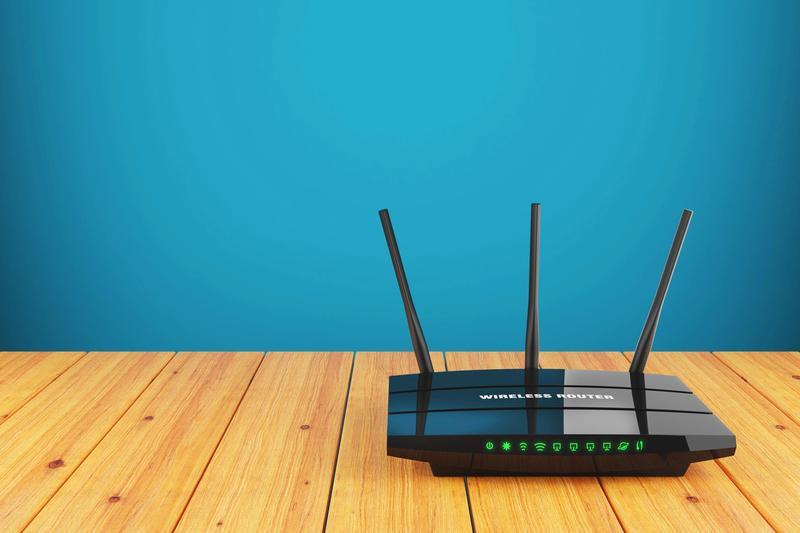 Mobile carriers have spent millions touting the benefits of 5Gover the past several years. Their bragging makes it easy to forgetthat most devices spend a significant amount of their timeconnected to Wi-Fi. This is true even of smartphones and, ofcourse, absolutely true of your PC.

Yet people pay relatively little attention to their Wi-Finetwork. Most tuck the router provided by the ISP in a corner andcall it a day. That's a mistake. Upgrading your home Wi-Fi can makeevery internet-connected device in your home more enjoyable touse.

Wi-Fi deserves your attention. Here's what you need to know.

Wi-Fi 6 is a big upgrade

Wi-Fi 6, less frequently referred to as 802.11ax, is the latestWi-Fi standard. Wi-Fi 6 routers have technically been availablesince 2019 but, as usual, the technology did not immediately arrivein budget routers. Odds are you don't have a Wi-Fi 6 router unlessyou purchased a router in 2021. The same is true if your router isprovided by your ISP.

It's an important upgrade. Wi-Fi 5 is fine, but Wi-Fi 6 improveson it by offering new radio channels that provide more bandwidth.Wi-Fi 6 also uses a pair of technologies, MU-MIMO and OFDMA, toimprove a router's ability to manage traffic between devices.

mentioned in this article

These figures are nowhere near the maximum potential performanceof Wi-Fi 6, but it's a far more useful comparison than quotingtheoretical bandwidth. Most people buy budget routers. Luckily,choosing a budget Wi-Fi 6 model over a budget Wi-Fi 5 model stillnets a big gain in Wi-Fi performance.

If you happen to have an even older Wi-Fi 4 (aka 802.11n)router, well, you're going to be amazed at the improvement. Wi-Fi4's maximum theoretical bandwidth to a single device is 300Mbps,but in real-world use, PCs connected over Wi-Fi 4 are lucky to beat100Mbps. A direct upgrade from Wi-Fi 4 to Wi-Fi 6 is like upgradingfrom Intel integrated graphics to an Nvidia RTX 3060.

In fact, I'd say reliability is where Wi-Fi 6 truly shines. I'vetested a number of additional Wi-Fi 6 routers, including modelsfrom Linksys, Netgear, and TP-Link. All delivered remarkablyconsistent performance. Speeds several rooms away from the routertop 300Mbps with all Wi-Fi 6 routers I've tested. None of the Wi-Fi6 routers I've tested had trouble providing a strong signal todevices in every room of my house or in the detached office. 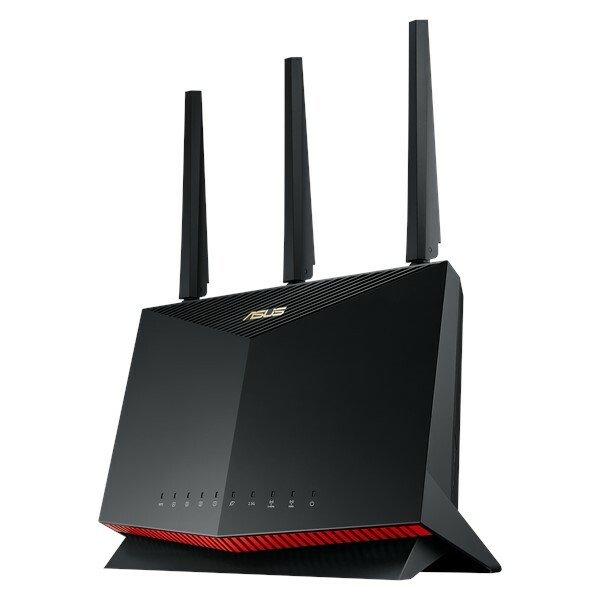 I mentioned that Wi-Fi 6 is the latest Wi-Fi standard. This isactually half true. Wi-Fi 6 recently received an upgrade, Wi-Fi 6E,that can deliver even better performance.

Wi-Fi 6E is mostly the same as Wi-Fi 6 but adds a new, 6GHzwireless band. If you buy a router with Wi-Fi 6E, and you're usinga Wi-Fi 6E-compatible device, it will appear in the list ofavailable Wi-Fi networks alongside the 5GHz and 2.4GHz bands you'reused to seeing.

This new band has a very high frequency that provides very highbandwidth, but can have trouble at long range. This has proven truein my testing.

A Netgear RAXE500 router connected to a Samsung S21 Ultra hitWi-Fi speeds up to 827Mbps, and exceeded 780Mbps several roomsaway. In a detached office, however, the 6GHz band was slightlyslower than 2.4GHz.

Speeds this high can replace Ethernet in most homes. I have aGigabit internet connection which, in practice, tends to achieveabout 900Mbps when connected to a PC over Ethernet. A Wi-Ficonnection of 827Mbps is extremely close.

Okay, faster Wi-Fi is possible. What router do you need?

2021 is an excellent time to buy a new Wi-Fi router. Prices havecome down and routers, unlike some consumer electronics, are notdifficult to find in stock.

mentioned in this article

If you want to go all-in, I'd recommend a Wi-Fi 6E router likethe $600 Netgear Nighthawk RAXE500. It's a steepincrease in price, but if you're going high-end, you should goWi-Fi 6E. The performance gain is real and Wi-Fi 6E devices willbecome common over the next two years.

How to get great Wi-Fion your PC

Wi-Fi 6 and Wi-Fi 6E are backwards compatible. This means aWi-Fi 6E router can connect to devices that only support olderstandards and vice-versa.

However, performance will be constrained to the slowest standardbetween the two. Connect a Wi-Fi 5 laptop to a Wi-Fi 6E router, forexample, and you'll still be seeing Wi-Fi 5 speeds.

Wi-Fi 6 support is common among modern PCs but not guaranteedamong budget systems. If you buy a new Dell Inspiron 3000 laptop,for example, you could end up with an older Wi-Fi 5 wirelessadapter. The same is true of most laptops and desktop PCs sold onAmazon for $500 or less.

Can you upgrade your PCto Wi-Fi 6?

Upgrading a PC with Wi-Fi 5 to Wi-Fi 6 is harder than you mighthope.

Wi-Fi 6 USB adapters exist, but they're rather expensive and canbe hard to find in stock. D-Link's Wi-Fi 6 USB adapter sells for $70 onAmazon, about three times more than a typical Wi-Fi 5 USBadapter. I've also read that this D-Link model uses a Realtek Wi-Fiadapter that does not support the fastest wireless channelsavailable to Wi-Fi 6, so it may not perform as well as you'dhope.

Desktops have more choice in adapter upgrades and typically payless. MSI's internal Wi-Fi 6 adapter is about $40.Most desktop adapters use the same Intel wireless adapters found inlaptops, which perform well, and have an external antenna that canbe moved to a better position. Installing an internal adapter meansyou'll have to open your PC's case, however, and may void yourwarranty.

It's possible to replace the internal Wi-Fi adapter on many PClaptops. Wi-Fi adapters often plug in to a laptop's motherboard andcan be replaced. This is a difficult install for most people,though, and some laptops are not designed to be opened. As with adesktop, this upgrade may void your warranty.

Can you upgrade yourPC to Wi-Fi 6E?

Wi-Fi 6E support is only beginning to come to PCs. Intel's AX210is arriving in laptops such as the Lenovo ThinkPad X1 Extreme Gen 4. Intel hasalso announced a Killer Wi-Fi AX1675E adapter, though it is not inany currently available machine. I expect these adapters will becommon in high-end PCs by the summer of 2022.

The Intel AX210 is also starting to hit stores in the form ofinternal laptop and desktop wireless adapters. They're notexpensive, though availability seems rather limited. Unfortunately,USB adapters with support for Wi-Fi 6E are not yet available.

A new Wi-Fi router is by far the best bang-for-your-buck upgradein computing right now. $200 won't even buy you a CPU or GPU withperformance that was cutting-edge three years ago. Spend that on arouter, however, and you'll be set for years. If you're not quiteready to take the plunge, you might be able to squeeze some extraperformance from your Wi-Fi network with some simple router tweaks or by adding a range extender.