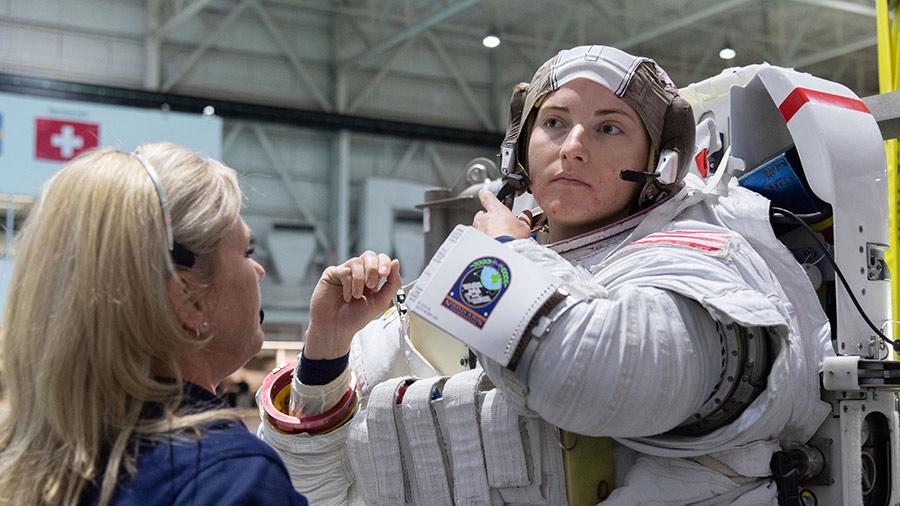 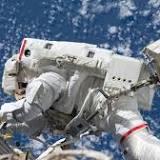 The U.S. Quest airlock has been configured to host NASA Flight Engineers Kayla Barron and Raja Chari when they set their U.S. spacesuits to battery power on Tuesday at 8:05 a.m. signifying the start of a six-and-a-half-hour spacewalk. The duo will exit Quest then translate over to the Starboard-4 truss structure and install modification kits that will ready the space station for its third roll-out solar array. NASA TV, on the app and the website, will begins its live spacewalk broadcast on Tuesday at 6:30 a.m.

Barron and Chari started Monday readying their spacesuits and staging their spacewalk tools inside Quest. They were joined afterward by Flight Engineers Tom Marshburn of NASA and Matthias Maurer of ESA (European Space Agency) for a final procedures review and a conference with specialists on the ground. Marshburn and Maurer will help the spacewalkers in and out of their suits and monitor and guide them during the exterior maintenance job.

NASA Flight Engineer Mark Vande Hei focused on another upcoming external job as he set up a small satellite deployer inside the Kibo laboratory module on Monday. He placed the deployer inside Kibo’s airlock where it will be grappled by the Japanese robotic arm, placed in the vacuum of outer space, and pointed away from the station. Soon a set of CubeSats will be released into Earth orbit for a variety of educational and scientific research activities.

The two cosmonauts in the station’s Russian segment, Commander Anton Shkaplerov and Flight Engineer Pyotr Dubrov, continued studying the effectiveness of an antigravity suit that may offset the effects of living in space. Known as the lower body negative pressure suit, it has the ability to draw fluids that pool toward a crew member’s head down to the legs and feet expanding veins and tissues. This may prevent space-caused head pressure and vision issues as well as easing a human’s return to Earth’s gravity.

Tags:  how often to use robotic pool cleaner