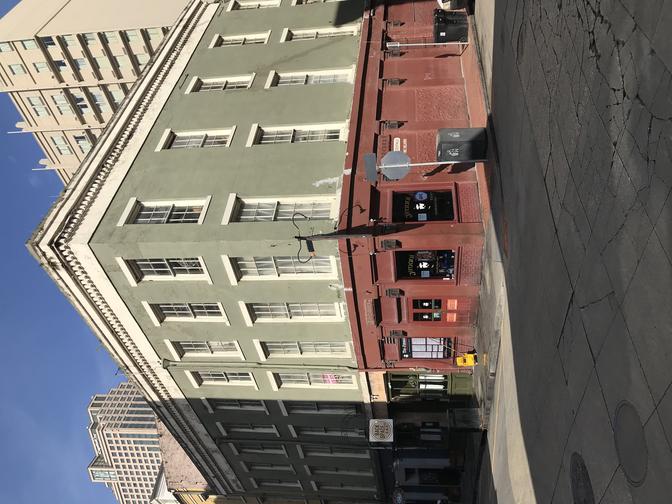 Fire in one of the dominant buildings on the west side of the public square in Cassville erased memories of the past that are not likely to return.

What had become to be known as the Hall Theater was originally the Community Building, serving Cassville in a number of ways.

It was the first gymnasium for the school district, its oiled floor leaving many a player with some serious floor burns during a game.

School children were often marched off the West Seventh Street hill for rehearsal in a planned program or actual participation in the presentation.

The Community Building stage was a well-used facility. Many outdoor activities and programs, disturbed by any type of bad weather would be quickly moved indoors and adjusted for the stage.

One of these activities often moved to the stage was the annual Easter Sunrise Service, a program jointly provided the community by local churches and the school.

Many human crosses were formed on the stage for this service during the tenure of the building.

In later years a skating rink was established in the gym as a recreational feature. The problem with the floor shut down this activity.

One of the first trips in my memory was to see a young man billed as the largest individual on earth. He was sponsored by Red Goose Shoes, a company that supposedly made his oversized shoes. The visit was sponsored by Dryer Shoes, a firm located on the north side of the square in Cassville.

Forgetting the details of his stature, it was somewhat heartbreaking to see him get in and out of a special vehicle. His movements around and in front of the elevated seats were not without assistance.

In addition to his appearance and remarks, each pupil in the gym was presented a Red Goose clicker that caused some problems when they returned to class after trudging back up the hill in their organized lines.

Upstairs, a section housed the Cassville Library with Mayme Mitchell serving as librarian. 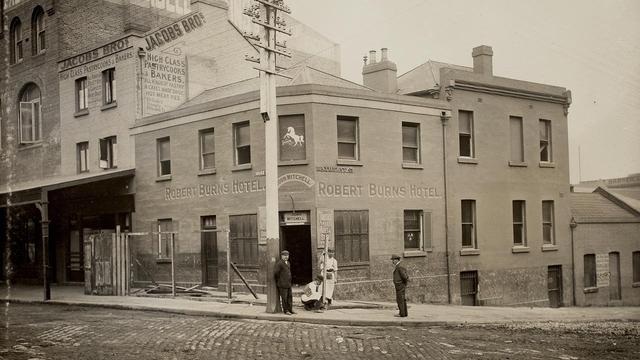 The book selection in those days left a lot to be desired. Early believers in the city having its own library kept books in the shelves by donating their publications when they were finished.

Mayme, who also had the first potato chip business in a building behind her home, worked with strength of purpose to serve the reading public with a suitable library in its time.

Council offices for that era were also upstairs, across from the library. The Council had little business to conduct until Works Progress Administration came along and the first sewer system was to become a reality.

This was the project that later eliminated the outdoor toilets and the otherwise use of catalog pages.

The privies left us with one saying popular as the middle hole in an outdoor toilet.

In the back of the second floor was the home of Boy Scout Troop 76.

Having offices in downstairs spaces were Lynn Mitchell and Carl Seal, sharing one space in their respective insurance business.

The corner space was a jewelry store of Rolland Meador, later a successful mayor of Cassville.

Dr. Mary Newman had her offices in a back Eighth Street entrance of the building.

An early fire station was adjacent to the doctors office.

In the days when soap maker Dr. Thomas Sayman was boring with a big auger in and around Cassville, to show his appreciation for assistance, he donated the overhang balcony on the front of the building.

This was about the time he was having problems with purchasing Roaring River, eventually donating the facility to the State of Missouri.

In his project, the facade of the balcony included an advertisement about his soap products. In a later day project, the Sayman references were faintly visible but quickly recovered.

The Halls, Glen and Clairece, came to Cassville about 1943, after they had been involved in the movie house operations elsewhere. They purchased the Ozark Theater on the south side of the Cassville square.

After a few years in the former Nolan property, the Halls struck a deal with the city, purchasing the Community Building and converting the building to a modern, for that period, day theater.

Their building, along with the Green Hills Drive-in, (where Able 2 is now located) they operated the downtown facility on a limited basis.

The Hall family lived in the upstairs apartment above the theatre, until they constructed a home in Southern Hills. Other families later occupied the spaces.

Bob Mitchell is the former editor and publisher of the Cassville Democrat. He is a 2017 inductee to both the Missouri Press Association Hall of Fame and Missouri Southern State Universitys Regional Media Hall of Fame.

Tags:  how to shut off a toilet