Burglar jailed after hiding in a Nottingham charity shop toilet 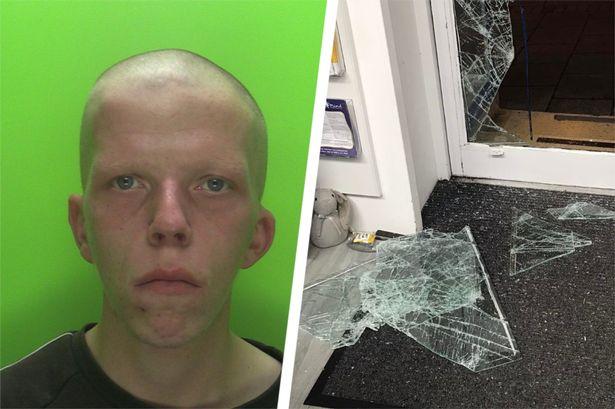 A burglar who hid in a toilet in an unsuccessful bid to avoid capture was sent to jail.

Thomas Crampton, aged 31, was in the middle of raiding the Mind charity shop in Mansfield Road, Sherwood, when officers on routine patrol noticed its alarm was going off.

After making their way in through a panel in the smashed front door they found Crampton hiding behind the toilet door and arrested him shortly after 2.30am on Sunday 6 March.

Crampton appeared at Nottingham Magistrates’ Court on Monday morning, where he admitted to two counts of burglary and was jailed for 32 weeks.The other burglary took place at a business premises in Main Street Bulwell, on Monday 28 February.

On both occasions he had forced entry with a brick.

Crampton, of Highbury Road, Bulwell, also admitted to a theft at the Springfield Retail Park, Bulwell, on Saturday 5 March. 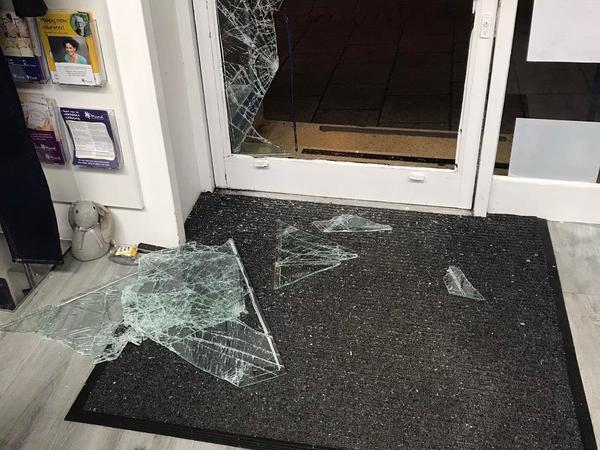 PC Rebekah Jackson, of Nottinghamshire Police, said: “This was a great bit of work by officers who were alerted by the sound of the shop’s alarm.

“After bravely heading inside through the hole Crampton had left for them they were soon able to flush him out of his hiding place and arrest him.

“Burglaries like these have a very significant impact on small businesses who face significant costs to repair the damage left behind, which is why Nottinghamshire Police has two dedicated teams of detectives who specialise in burglary investigations.

“I am pleased Crampton has now been brought to justice and hope he uses this spell behind bars to reassess the way he is living his life.”

A sustained force-wide crackdown on burglaries has seen homes in the county become safer as incidents continue to fall.

The number of burglaries being committed across Nottinghamshire is continuing to drop as the force steps up its proactive work to help stop burglars in their tracks – with nearly four fewer burglaries a day compared to the previous year.

Thanks to the dedicated work of teams throughout the force, including two dedicated burglary teams and Operation Reacher, homeowners are now safer than ever.The force has seen a staggering drop of 34 percent when compared to the same period in 2019 – before the pandemic hit.

Other actions taken to reduce burglaries include target hardening measures that make it harder for thieves to gain access, and also the proactive use of restrictive court orders against repeat offenders, meaning that in some cases they can be detained merely if they are found on the driveway of a property without good reason.