Taiwanese actress Gin Oy shocked her fans when she re-shared a photo on her Instagram account, showing a public women's loo in Beijing with four squat toilets in a row.

The photo depicts an extremely narrow public loo with four squat toilets closely packed together in a row without one single partition or toilet paper.

A small sitting toilet can be seen in the far back of the, with railing, showing that it is for people with disabilities.

Hit by a strange sense of nostalgia, Oy decided to repost the image on Thursday.

In the original post, she wrote, "Running into a friend in the women's bathroom can be a bit embarrassing, but I've already gotten used to it."

She then proudly declared: "I can survive in Beijing." 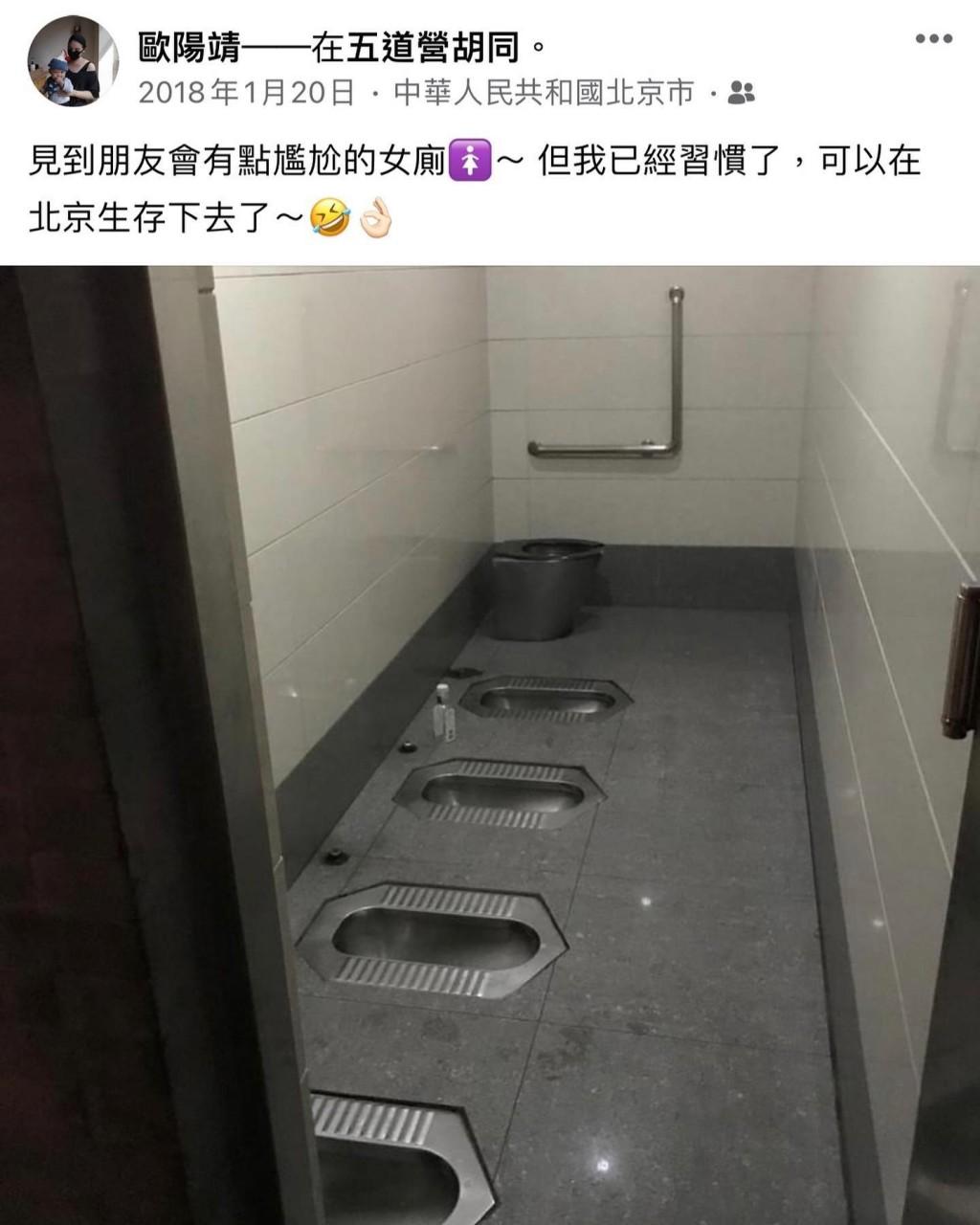 Taiwanese netizens were shocked by the Spartan conditions in the capital city of the world's second-largest economy and host of the 2022 Winter Olympics.

One user wrote: "This is a first-tier city?"

"I really can't do this. I would rather go to a secluded spot in the grass to urinate."

"If I went to Beijing, my bladder would become inflamed."

"So that's why when they (Chinese women) come to Taiwan, they never bother to lock the bathroom stall doors or knock on them, which scares me to death."

"If you manage to grab the sit toilet, you can look down condescendingly on the others."

"I've used those and when I stand up I feel very shy."

"It's best to have friends stand outside and guard the door."

"I was scared to death when I went to Beijing. What a wonderful memory."

"I always held it in when I was in Beijing."