'Devious licks' on TikTok encourages school vandals: What you need to know about the trend 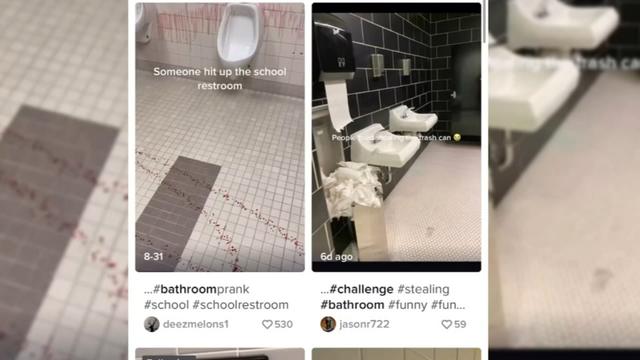 A new TikTok challenge is leaving schools across the US vandalized, with the social video app scrambling to keep content related to the trend from causing more harm. Dubbed the "devious licks" trend, it's led some schools to send notices to parents about the damage and to inform them of new measures being put in place to combat the craze.

Here's what you need to know about the viral challenge:

What are 'devious licks' and when did this trend start?

The "devious licks" trend involves students going on TikTok to boast that they've stolen school equipment like soap dispensers, paper towel holders, microscopes and electronic whiteboards. The trend started taking off in September as the school year began in districts across the country. For many students, it was their first time back on campus since the pandemic began in spring 2020.

According to Know Your Meme, TikToker @jugg4elias shared a video on Sept. 1 of him pulling a box of disposable masks out of his backpack with the caption a "month into school absolutely devious lick. Should've brought a mask from home." That video reportedly got over 239,000 views in a week. On Sept. 6, TikToker @dtx.2cent shared a video with text reading "only a month into school and got this absolute devious lick," taking a hand sanitizer dispenser from his backpack. That video reportedly got over 7.2 million views in two days. (Both videos have since been removed.)

The name for the trend links back to Urban Dictionary's definition of a "lick," which is a "successful type of theft which results in an acceptable, impressive and rewarding payday for the protagonist."

Students have also used the trend to vandalize school bathrooms and classrooms, including setting fires in trash cans, with news outlets around the country reporting on districts sending notices to parents about students intentionally clogging toilets and tearing mirrors from walls. 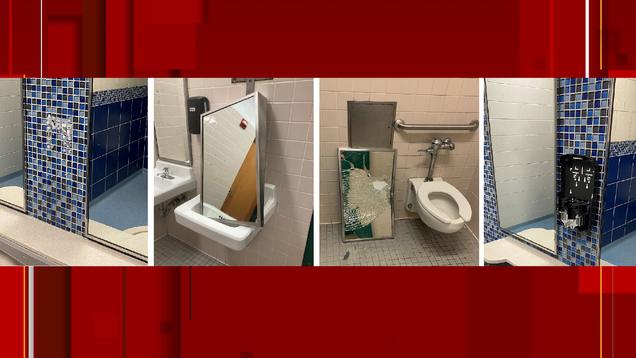 How has TikTok responded?

TikTok has been working to suppress devious licks content, removing hashtags associated with the trend including #deviouslick, #deviouslicks and #devious. The platform also removed the audio used in these videos, a sped-up version of Lil B's song Ski Ski BasedGod, according to Insider. The audio had reportedly been used in around 94,200 videos as of Tuesday, with many of those clips raking in millions of views and likes.

"We expect our community to stay safe and create responsibly," a TikTok representative told CNET in a statement, "and we do not allow content that promotes or enables criminal activities. We are removing this content and redirecting hashtags and search results to our Community Guidelines to discourage such behavior."

The TikTokComms Twitter account also noted on Wednesday: "We expect our community to create responsibly - online and IRL. We're removing content and redirecting hashtags & search results to our Community Guidelines to discourage such behavior. Please be kind to your schools & teachers."

How have schools responded?

Many schools have sent notices to parents and guardians about the toll the trend has taken, urging them to talk to their children. James Bowie High School in Austin, Texas, for instance, sent a notice on Thursday alerting families to a "disturbing amount of vandalism across the campus" over the last couple of weeks tied to the TikTok trend.

"The vandalism at Bowie is mostly in student restrooms and has included removing or bending stall doors, ripping off all of the soap, as well as both types of paper dispensers from the walls or stalls, and partially dismantling or disabling toilets and urinals," the letter reads. "All of this of course during a pandemic when frequent handwashing and sanitation are part of our public health and safety response plan."

As a result, the school is "limiting restroom use to one student at a time from a classroom with a sign-out system" and also increasing staff sweeps of bathrooms. "When the individuals engaging in vandalism are caught in addition to disciplinary consequences, families will be asked to provide restitution for necessary repairs," the letter continues.

Cherry Creek School District in the Denver area also sent a letter to parents of middle and high schoolers, saying anyone who takes part in the vandalisms and theft could face suspension, restitution, expulsion or referral to law enforcement, according to The Denver Post. The school district told the local Fox station that students have also been stealing fire extinguishers.

Some schools implemented policies like closing bathrooms during passing periods or making students leave their backpacks in classrooms when going to the restroom. Others have had to temporarily close bathrooms for cleaning and repairs.

"We have tried several measures to prevent the vandalism and theft, but have been unable to get it to stop," the principal of Shakopee West Middle School in Minnesota wrote in a letter Thursday, according to CBS News. "In fact, it is escalating."

On Monday, dispensing system manufacturer GP Pro (a division of Georgia-Pacific) said it would replace schools' paper towel, toilet paper and soap dispensers that were stolen as part of the devious licks trends for free.

"Schools across the country have been through so much over the past 18 months and are doing all they can to provide a safe and healthy learning environment now that students and staff are back to in-person learning," said Julie Howard, vice president and general manager of GP Pro's towel, skin care and air freshener products. "This defacing of school property, particularly property that is so important to health and hygiene, is just really the last thing they need to be dealing with."

Get the CNET Now newsletter

Spice up your small talk with the latest tech news, products and reviews. Delivered on weekdays.Notification on Notification off Internet Culture
Tags:  how to stop a clogged toilet