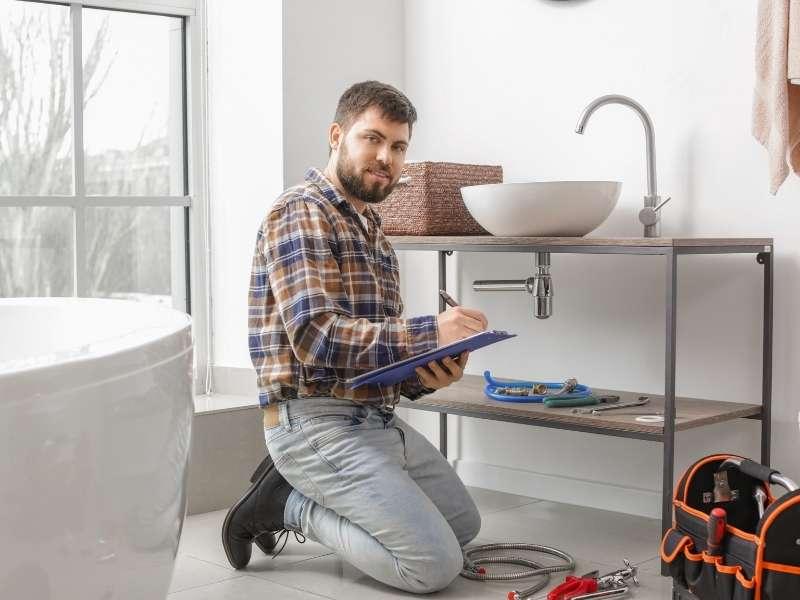 Your bathroom might look tidy but that doesn't mean everything is fine.

Too often we put up with pesky little problems that when they all pile up, turn the bathroom into an unworkable and annoying place.

Safe yourself money, time, and even health, by keeping an eye out for the following issues that can easily fly under the radar.

We asked an expert how to diagnose and fix them. Some of these tasks you can even do yourself.

Remembering to empty the hair trap is one thing but a properly clogged drain is another.

The only tell-tale sign of this is your shower filling up with water, said plumber Owen Crump of Christchurch's Core Plumbing.

This is a matter you can choose to take into your hands if you're game enough.

"I've seen people get a garden hose and shove it down there, make it sort of fit within the pipe, wrap something around the hose and sort of shove it in there and try and blast high pressure water down there," said Crump.

"That's essentially all we can do other than putting a wee drain spring down it. Depending where the blockage is and far down it is and that. That's an easy way to go about it."

"It can be messy, it depends if anything comes back," he said. "Normally it's pretty good and you shouldn't get too much of a mess, it should all go the other way."

Mould seems to be such a prolific issue in New Zealand homes, that it even made it into the 2018 census. You'll know mould when you see it - it's black or green and often creeping in wet corners or ridges.

The level of mould you should tolerate in your bathroom is zero.

"It's not something you want in there," Crump said. "Good ventilation and cleaning practices should keep that away."

Prevent mould by running the exhaust fan when showering (or installing one), or at the very least opening the window. 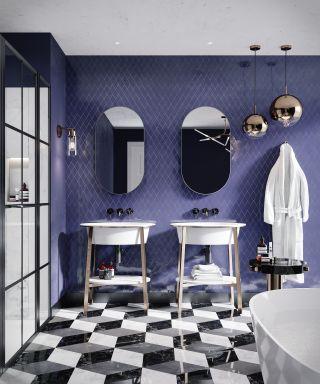 Congratulations -leaky taps within scope of what home owners are allowed to fix alone, and fix it, you should. If you live in an area with metered water, your leak will be costing you cash. Even if you don't pay for water, like in Christchurch, it's best practice to conserve water.

"It's something people should get sorted. Stop wasting water," said Crump.

To do it properly, he advises you need to replace the washer, grind the seat of the tap and add lubrication into all the workings.

You'll need a washer, a resetting tool, and food-grade silicon lubricant; all available at a hardware store.

Weak water pressure is totally frustrating and can be caused by a weak hot water system like a heated tank that does not come directly off the council mains, or a calcium or rust in the shower head and pipes.

For the former, your solution will depend on what you want to spend. "You can either upgrade your hot water cylinder, do gas hot water or something like that, that's going to give you the best result, obviously the cost is the highest," said Crump.

A gas hot water system can cost around the $2800 including GST mark.

"There are other options to slightly boost existing hot water systems but results are varied," he said.

As for calcium, which you can spot by a white build up around the nozzles, try a home remedy. Fill a snaplock bag with vinegar and tie onto the shower head, leave overnight to dissolve the calcium.

Rust however, is usually "the biggest culprit."

"Depending what sort of mixer and things like that, sometimes they have a filter within the mixer or in the head that can block up with rust," said Crump. "You physically have to tap the end of it and bang it all out."

If you're terrible at assembling flat-pack furniture, clearing the rust out of your pipes is possibly a job better left for the professionals.

A toilet that won't stop running only becomes a more irritating sound as the day goes on, and they're wasteful.

"Running taps and toilets are a big one, especially these days when water is a precious resource," said Crump.

If your toilet's always a-going, it means the flush valve washer is worn out, or the ballcock washer (the thing that floats in the cistern) isn't shutting off properly.

Whether a homeowner can fix it, "depends on how handy they are."

"Flush valve washers are easy to fix, depending on the toilet," said Crump. "Normally you can remove the whole centre part of the system, that's where you find that washer. Over time they just perish and wear out, so you can replace that."

"The ballcock often a bit more complex, often you have to take the whole thing out. A lot of the more modern toilets, it's the same sort of system but they look a lot more complex. So to service them is probably a lot harder for a homeowner."

Tags:  how to stop a toilet cistern dripping