'Fix this nightmare': family flees as sewage pours into their home 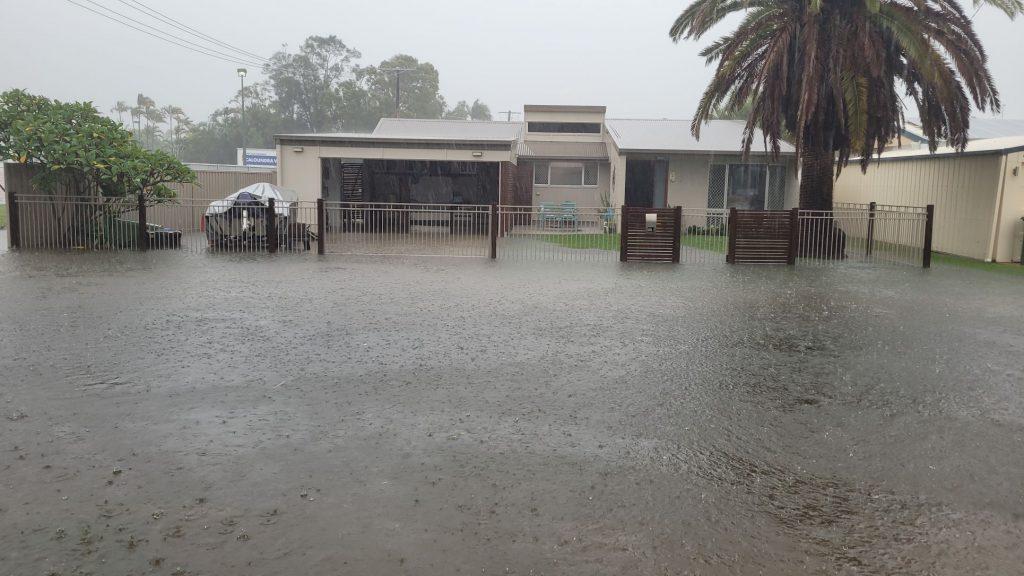 A plumber and his family have been forced to evacuate after raw sewage and stormwater poured into their home during the recent deluge.

Phil Gray, who works for DYFA Plumbing, says it was a massive infrastructure fail and is seeking a permanent solution to the problem through Unitywater and Sunshine Coast Council.

It is the third time in 13 years that the home in Elinya Street, Battery Hill, has become unliveable due to health concerns.

“The sewer gets overloaded because it’s got that much water going into the system,” Mr Gray said.

“There’s a manhole in the street in the footpath, and once that starts to bubble, my house is the next lowest point.

“So then we just constantly have, well, you can imagine – poo, paper and whatever goes into the toilet – flowing down through our yard, as well as rising damp and the house constantly cracking and moving.

“The sewage comes into the house through the shower.

Local journalists supporting local people. Help keep independent and fair Sunshine Coast news coming by subscribing to our free daily news feed. All it requires is your name and email. See SUBSCRIBE at the top of this article.

“The water builds up in the street as well. Every time we get a little bit of rain, it backs up there in the sewer.”

Mr Gray said the tiled and carpeted home, which was insured, had thankfully been spared by “only about 50mm” from flooding inside this time. But each major rain event took its toll mentally.

“We had to get the kids out to fix the house up. Obviously, we’ve got the stress on the kids (then aged 10 and 6). They just got moved around from units to houses until our house got done. It was a nightmare.

“It’s just got to the point now where we’re well and truly over it.

“We don’t even want to go back to the house. Every time it rains, we don’t sleep.”

The home, near Currimundi Hotel Motel,isn’t the only one in the street affected, with the White family home next door having its rumpus room flooded in the recent deluges.

But after “numerous” phone calls to Unitywater, which provides water supply and sewage treatment services to the Moreton Bay, Sunshine Coast and Noosa regions, and the Sunshine Coast Council’s Stormwater Division, Mr Gray feels he is being given the runaround.

Unitywater executive manager customer delivery Rhett Duncan said the recent extreme wet weather had been relentless and extremely challenging for his organisation, with huge volumes of stormwater inundating its sewerage system and infrastructure.

During such extreme wet weather events, large volumes of stormwater enter the sewerage network and can inundate the system, causing overflows. This occurs through runoff and pipes from homes and buildings being incorrectly connected to the sewerage system instead of the stormwater system.

• Sewer flow gauging – this helps to understand flows in the sewerage system and identify the potential areas causing excessive inflows (extra stormwater/rainfall) into the sewerage network. This gauging began in February 2022 and will continue until mid-May.

Mr Duncan said that when overflows occurred anywhere, Unitywater crews attended properties to help with clean-up and disinfection while referring residents to their insurer for claims purposes. 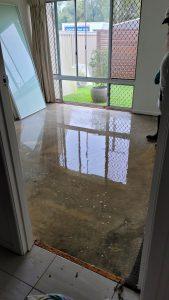 “Each overflow is assessed to determine how we respond and assist our customers,” he said.

“We understand overflows are unpleasant and empathise with our customers who experience them.

“The record rainfalls from this event have resulted in diluted overflows at pump stations and at private properties across our region, as well as dislodged manholes that need inspection and re-fitting.

“We are working through a high number of wet weather-related jobs and are getting to them as quickly as we can.

“Our crews’ safety is our priority and they have been unable to get to some jobs due to flooding and closed roads.”

Division 2 Councillor Terry Landsberg is now taking up the case for Mr Gray.

On hearing of the family’s need to evacuate, Cr Landsberg offered them accommodation downstairs in his own home as a short-term solution.

Cr Landsberg said the inundation of rain the region had experienced over the past week had infrastructure, such as pumping stations, working over-capacity, but he acknowledged flooding in some areas of Battery Hill were a regular occurrence.

While the guarantee of water supply and sewage treatment services was the main responsibility of Unitywater, the council – through its Stormwater Division – needed to work with that organisation to fix the problem.

“It needs a lot of work spent on that infrastructure and will be quite an expensive problem to rectify,” he said.

Cr Landsberg said that as one of Australia’s fastest-growing areas, council would need to budget for its own infrustructure upgrades for the future.

Mr Gray said he had done all that he could as a homeowner and plumbing tradesman to ensure good water flow when he first moved in.

“Virtually what I’m getting told is that it’s a major undertaking of work to rerun infrastructure through people’s properties,” he said.

“Every time you have a rain event, people pump their pool out so then there’s more pressure and more water going down into the stormwater.

“I did all the drainage when I first moved there over a weekend to tried to make it so that all the downpipes hook up correctly and run into stormwater and are not cross-connected like some places are.

“It is very frustrating. I’m just over it, to be honest.

“I’ve done as much as I can to the house until they get the restoration people to come in.”

Do you have an opinion to share? Submit a Letter to the Editor with your name and suburb at Sunshine Coast News via: news@sunshinecoastnews.com.au

The family isgrateful to have found emergency accommodation across the street in a neighbour’s vacant holiday house. But Mr Gray realises time is up on their own home.

“I wouldn’t sell it to someone. I couldn’t live with myself doing that. That would be wrong,” he said.

“I think we should be compensated and the house should be probably knocked down, and some sort of holding tank or pump-out station installed to stop the issues happening in the future for everyone.

Mr Duncan said that in other incidents across the region, Kenilworth, which is not connected to the SEQ Water Grid, was cut off by floodwaters and Seqwater’s water treatment plant has been offline due to heavy rain inundation.

“Our crews are working around-the-clock and we thank the community for their patience and understanding as we attend these jobs as soon as we can and keep our services flowing for our communities.”

Tags:  how to stop toilet tank from overfilling