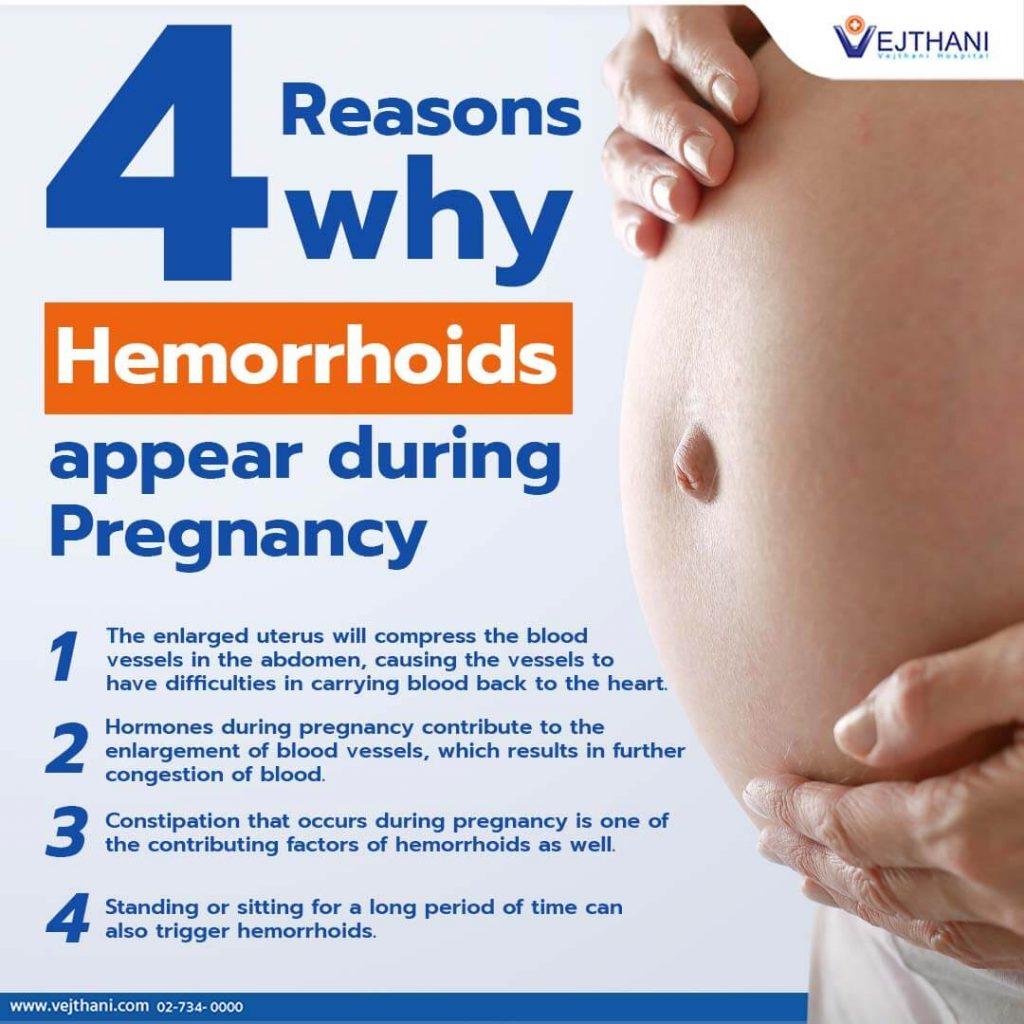 Hemorrhoids are swollen blood vessels in and around the rectal area. They typically range in size from as small as a pea to as large as a grape, and they can develop inside the rectum or protrude out through the anus. They're caused by an increase in pressure on the anus and the rectum, the last several inches of your large intestine.

While it's possible to have hemorrhoids without experiencing any symptoms, they can often be itchy, sore, and mildly uncomfortable – or downright painful, especially when you're straining during a bowel movement. In some cases, hemorrhoids cause rectal bleeding or blood in the stool during pregnancy.

It's not uncommon to develop a "thrombosed" hemorrhoid, which is a blood clot that forms inside the hemorrhoid, leading to a large and swollen lump. This type of hemorrhoid can be quite painful and make it hard to walk, sit, or have a bowel movement.

What causes hemorrhoids during pregnancy?

Your growing uterus, constipation during pregnancy, and an increase in the hormone progesterone all make it more likely you'll develop hemorrhoids during pregnancy (as well as varicose veins in the legs and sometimes even in the vulva). And you're not alone – up to half of pregnant women have hemorrhoids while they're pregnant.

Hemorrhoids are especially common in the third trimester, as your expanding uterus puts pressure on the pelvic veins and the inferior vena cava, a large vein on the right side of the body that receives blood from the lower limbs. As a result, these veins can slow the return of blood from the lower half of your body, which increases the rectal pressure on the veins below your uterus and makes them dilate or swell.

Constipation can also cause or aggravate hemorrhoids because you tend to strain when having a hard bowel movement, and that pushing force encourages the development and growth of hemorrhoids. 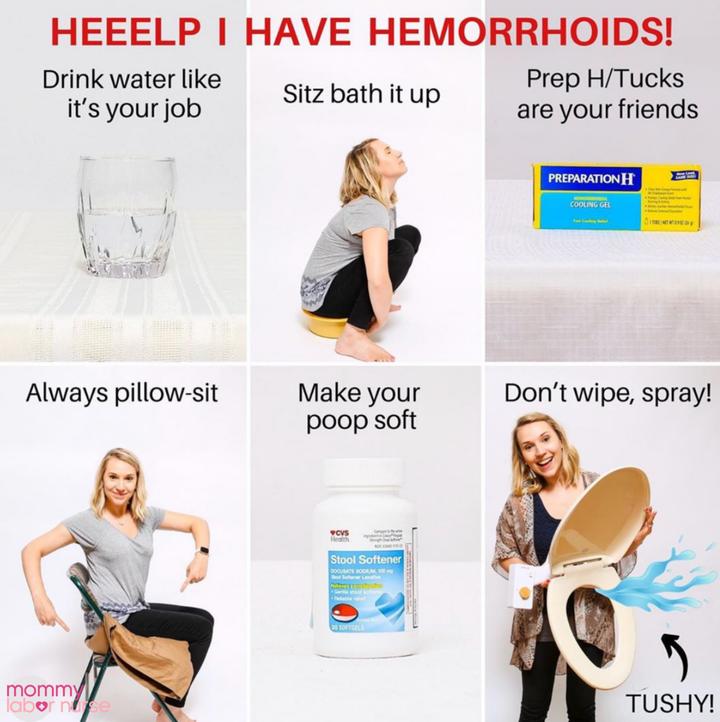 During pregnancy, the hormone progesterone relaxes the walls of your veins, which allows them to swell more easily. Progesterone packs a double punch by also contributing to constipation by slowing down your intestinal tract.

Some women get hemorrhoids for the first time while they're pregnant. And if you've had them before, you're unfortunately more likely to have hemorrhoids during pregnancy too.

You may also develop hemorrhoids during labor while you're pushing. Discomfort or bleeding from hemorrhoids is also a common complaint during the early postpartum period. In most cases, however, hemorrhoids that developed during pregnancy go away soon after you give birth, especially if you're careful to prevent postpartum constipation.

How to prevent hemorrhoids during pregnancy

Here are some ways to prevent hemorrhoids while you're pregnant:

Remedies and treatments for pregnancy hemorrhoids

There are several remedies you can try to get rid of hemorrhoids during pregnancy:

Do I need to see a doctor about pregnancy hemorrhoids?

Most of the time, you can find hemorrhoid relief with home remedies or by making sure you're doing what you can to address and avoid constipation issues. Reach out to your healthcare provider if those preventive efforts and home treatments aren't helping, or if you have very painful hemorrhoids during pregnancy or rectal bleeding.

It's always a good idea to check in with your healthcare provider before taking any over-the-counter hemorrhoid medications, or any other medications during pregnancy.

In some cases, you may need to see a specialist for treatment to shrink your hemorrhoids. Minor surgery may be necessary, but that's rare, and most healthcare providers will recommend waiting until after you've given birth to discuss surgery options.

What to eat when pregnant: The 12 best foods

Pregnancy symptoms you should never ignore

Tags:  how to sit on toilet during pregnancy