How do Ryder Cup teammates decide which golf balls to use? 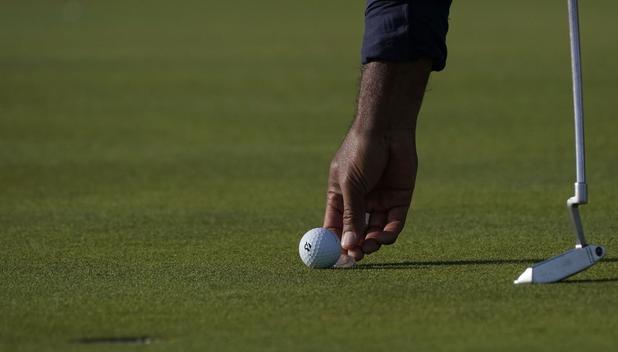 Jose Maria Olazabal and Seve Ballesteros knew something was amiss. Locked in a heated Friday foursomes battle with Paul Azinger and Chip Beck at the 1991 Ryder Cup, better known as “The War by the Shore,” the Spaniards watched as Beck changed balls (between a 90-compression and 100-compression) on the 7th tee at Kiawah Island’s Ocean Course.

Under the rules of match play, Azinger and Beck should have lost holes for the gaffe — but they didn’t. Holding a 3 up lead as they made the turn, European captain Bernard Gallacher approached officials to discuss the situation.

That’s when things got heated on the 10th tee.

Asked to explain the situation, Azinger claimed he and Beck had “made a mistake, but we certainly weren’t cheating.”

“It has nothing to do with cheating,” Ballesteros fired back. “Cheating and breaking the rules are two different things.”

During the 1991 edition of the biennial matches at Kiawah Island, the PGA of America had a different set of golf ball rules in place for the foursomes format, which required teammates to play one make and model for the entire match. The hard-and-fast rule, while designed to avoid a player using the wrong ball, wound up producing some memorable rules violations, and difficult conversations as teammates who didn’t play the exact same model tried to figure out the best plan of attack.

“Some of the golf balls spin more than others,” said Tiger Woods during the 2018 Ryder Cup. “I play a very spinny golf ball, whereas others play a ball that doesn’t spin as much. There are some adjustments to be made.” 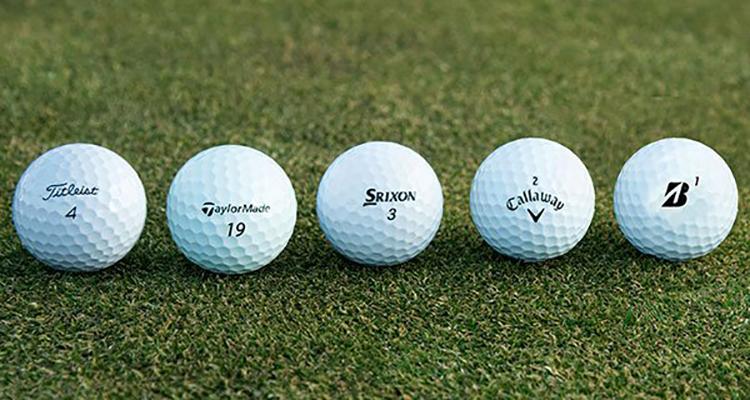 Woods and Phil Mickelson learned during the 2004 Ryder Cup that some adjustments can’t be made in a matter of days. Paired together by United States captain Hal Sutton during the opening session, Mickelson, who had recently signed a mega-deal with Callaway and was getting acquainted with their HX Tour ball, was forced to learn the ins and outs of Woods’ “spinny” Nike One TW on the fly.

“I grabbed a couple dozen of his balls, I went off to the side, and tried to learn his golf ball in a four-or five-hour session on one of the other holes, trying to find out how far the ball goes,” Mickelson said. “It forced me to stop my preparation for the tournament, to stop chipping and putting and sharpening my game in an effort to crash-course learn a whole different golf ball that we were going to be playing.”

Sutton’s plan backfired as Mickelson and Woods dropped their match against Darren Clarke and Lee Westwood.

Thanks to a rule that went into effect at the 2006 Ryder Cup, Steve Stricker and Padraig Harrington won’t have to worry about pairing up players based on their ball preferences in Wisconsin. Instead of being required to play one ball for the entire match, teammates can now switch balls after each hole is completed — a wrinkle that’s made it easier to pair players and game plan for the format.

For the most part, teammates tend to tee off with the ball that will be used on approaches, thereby removing much of the performance guesswork on a shot that could define the hole. However, even with simpler rules in place for the format, some players still find it beneficial to test potential options well in advance to get a handle on how different balls react prior to stepping foot on the match grounds.

“Each player needs to be comfortable with the ball that they are playing,” said DeChambeau at the 2018 Ryder Cup. “[A] lot of the players on the team have started hitting other balls and started experimenting with what they can and can’t do in regards to, this ball is not going to work with me, or I can play with this ball.”

On several occasions, ball testing for the Ryder Cup has even led some players to reassess their usual ball of choice, as it did for Rickie Fowler during the 2018 Ryder Cup. After playing with Dustin Johnson’s TaylorMade TP5x at Le Golf National, Fowler decided to do some additional testing on his own, which eventually led him to sign a ball deal with TaylorMade.

“I was impressed with how the ball performed in a tournament situation,” Fowler said, “which led me to test the ball further after the Ryder Cup.”

With the ball no longer a key foursomes storyline entering the biennial matches, players can focus on more important matters — like taking home the Ryder Cup.

Want to overhaul your bag for 2021? Find a fitting location near you at GOLF’s affiliate company True Spec Golf. For more on the latest gear news and information, check out our latest Fully Equipped podcast below.

We love these shamrock headcovers from Stitch Golf for St. Patty's Day

Add this needlepoint azalea hat to your spring collection

Jonathan Wall is GOLF Magazine and GOLF.com’s Managing Editor for Equipment. Prior to joining the staff at the end of 2018, he spent 6 years covering equipment for the PGA Tour.