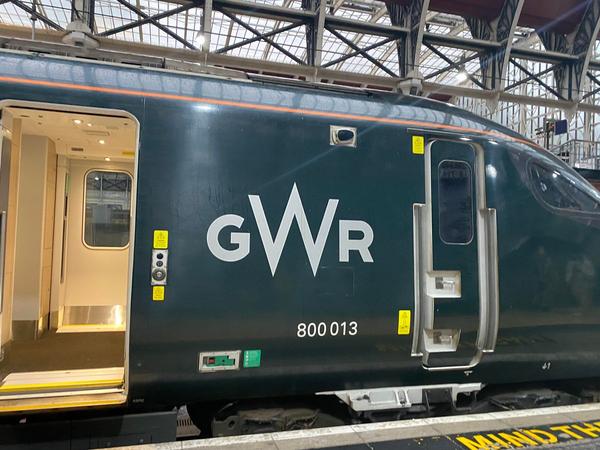 Let's be real - everyone loves a good weekend away. Travelling and going to new places are some of my all-time favourite hobbies, and even just leaving London for 24 hours feels like an all-inclusive holiday for me.

One capital city that has always been on my to-do list was the Welsh hub that is Cardiff. When I found out Scotland were playing Wales in Cardiff for the Six Nations rugby this year, I decided this would be the perfect time to take the plunge. Tickets secured - it was finally time for my Welsh holiday.

Since I didn't have a car and taking the bus would have been too long a journey, the Great Western Railway train service was the only option.

Booking a return ticket with an added rail card, the total cost was £56.60. A little bit spenny, but the journey was going to be quick and smooth. Or so I believed.

Want more from MyLondon? Sign up for our daily newsletters for all the latest and greatest from across Londonhere.

Fast forward to my departure day, I was excited to finally try out the service and head to a different capital city.

My train was leaving at an early time of 8:45am, so I assumed it would be a relatively quiet trip. These feelings lasted a mere 3 minutes as soon as I arrived at London Paddington.

It was a big rugby weekend and hundreds of passengers were walking towards the same direction when the platform number was announced. The train was formed of 10 coaches and it seemed to be stretching for miles. Surely it wouldn't be a challenge to find my seat?

Boarding was carnage. The whole train turned out to be completely sold out and this caused a lot of crowds gathering outside the train doors.

On top of this, a lot of passengers armed with a ticket did not have a seat booked. Luckily, I had pre-booked weeks in advance so I had a window seat secured in Coach B.

Journey time was approximately just under two hours - so I only planned to use the toilet in an emergency. In the past, whenever I have used train toilets, it's been nothing short of horrendous. 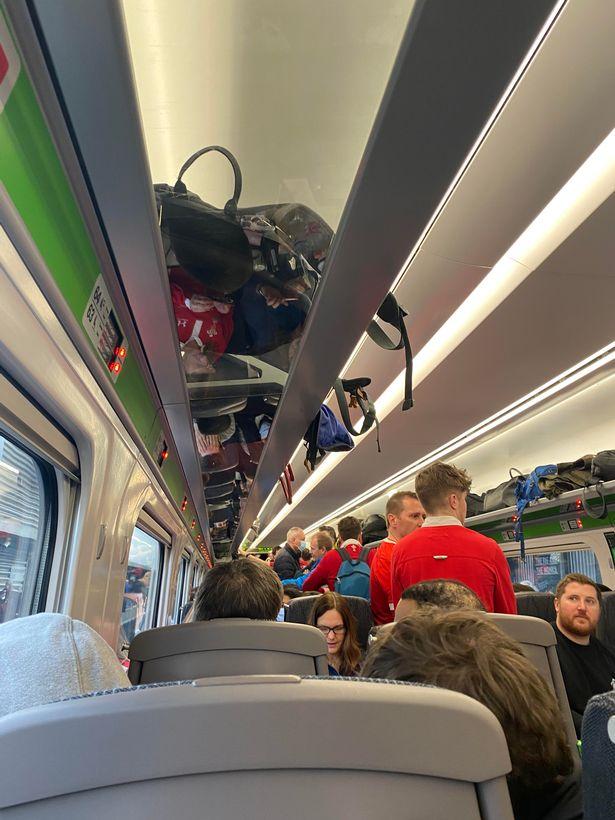 By the time I got to Reading, I couldn't even get out of my seat let alone to go to the toilet. The aisles were blocked by passengers left, right and centre.

When we reached Bristol Parkway, there were more people boarding and congregating in the aisles. It was like putting cows on a cattle truck until it hit full capacity.

Pulling into Cardiff Central, I wanted to get off this train as soon as possible. I felt hot and bothered and - to make matters worse - I had been up since 7am. It took around 10 minutes for everyone in our carriage to make their way off onto the platform.

Even then, getting out of the station was even more of a challenge. With thousands of people descending onto the city for one rugby game, it was pure hell.

The next day I had to make the dreaded return journey back to London. I turned up for my train 20 minutes early as I was so traumatised from yesterday's events.

However, it was to be quite the opposite journey. My 2pm Sunday trip from Cardiff Central turned out to be one of the most pleasant experiences.

My carriage was barely half full. I know - it was a miracle. I had two seats to myself and took full advantage of both pull-down trays.

This gave me an opportunity to examine the train and its facilities. The seats were passable - clean and tidy which is a must - and there was plenty of legroom, so I was more or less comfortable.

The staff barely made an appearance, which was the opposite to what I encountered when I travelled with Lumo last November. I think I only met the ticket conductor as far as I could remember, and I was left to enjoy my own company for the whole trip.

The only downside to this journey was the weather. It poured with rain throughout the entire day. A sunny scenic trek from Cardiff to London would have been the cherry on top.

It's safe to say I won't be appearing at London Paddington on a Saturday morning ever again.

I really thought I had beaten the crowds by booking for an 8:30 am train - and this turned out to be a complete lie. Great Western Rail really did make a fool out of me.

If I could take one thing away from this experience, is if you want to avoid being under someone's armpit for two hours - please for your own sanity book a seat in advance.

Do you have a story you think we should be covering? If so, email alexandra.bullard@reachplc.com

Tags:  how to seat in western toilet