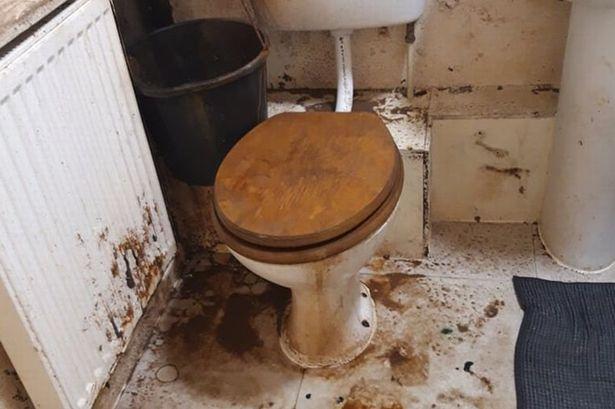 A vulnerable man from Sheffield was forced to roam the streets to escape a toilet pipe that was leaking in his flat for 3 years.

Doug from Walkley would flee the house early in the morning and not return until late at night as he could not bear to be in his home.

He had informed the council of the problem in the past, but nothing had been done to fix the disgusting leak, reports Yorkshire Live.

To make things worse, during the pandemic he was no longer receiving support from his doctors after services were paused due to Covid, and claims he was left to struggle in horrendous conditions alone.

What do you think about this story? Let us know in the comments

One day whilst out on one of his walks, Doug met Paddy McNally, a local man who had noticed him walking around and stopped him for a friendly chat.

Paddy soon discovered the ordeal Doug had been going through, and contacted Sheffield Council on his behalf to try and fix the matter.

"I live in Walkley and I had seen this fella just traipsing about around the estate and he looked really drawn, sad and not normal," Paddy explained.

"I got talking to him and after a few weeks he approached me and asked if I knew anyone that could fix a leak in his flat. He said that it had been going on for three years.

"I am an electrician and I have done a lot of plumbing as well so I told him that I would come and have a look and fix it for him if I could.

"When I went into the flat I was just so shocked by how horrific it was and how much damage the leaking and cracked soil pipe had caused. 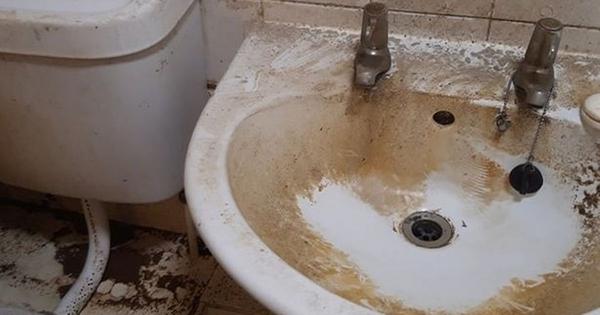 "No one should be living in conditions like that."

Paddy then decided to take matters into his own hands, and reported the sewage leak to the council on Doug's behalf.

Apparently, the council had told Paddy that they had attempted to gain access to his flat to resolve the leak, but they were unable to. Paddy claims they say it was not their responsibility to fix it, and that Doug should have spoken to the leaseholders who owned the flat above that the leak was coming from.

Doug's mental health problems mean that he would struggle to resolve the issue on his own, according to his pal Paddy.

"I told the council that they had a duty of care to sort out the flat as he isn't in a position where he can't talk to upstairs and the leaseholders as he is vulnerable," Paddy said.

Doug's flat is now being repaired and he is receiving a new kitchen and bathroom, and he has had three walls taken out.

He is staying in a hotel as there is currently no water or electricity in the flat and to allow for the works to be done.

"He had been leaving every morning, traipsing about the streets and getting himself a chippy for for his dinner and then coming back late at night just to get out of there.

"He's really not had an easy time these past few years, especially for someone who is vulnerable like that.

"I just think he feels like he has been left out in the cold and that nobody cares about him.

"Hopefully we can now get him sorted."

Sheffield Council has been contacted by the Mirror for comment.

Tags:  how to stop a leaking toilet pipe