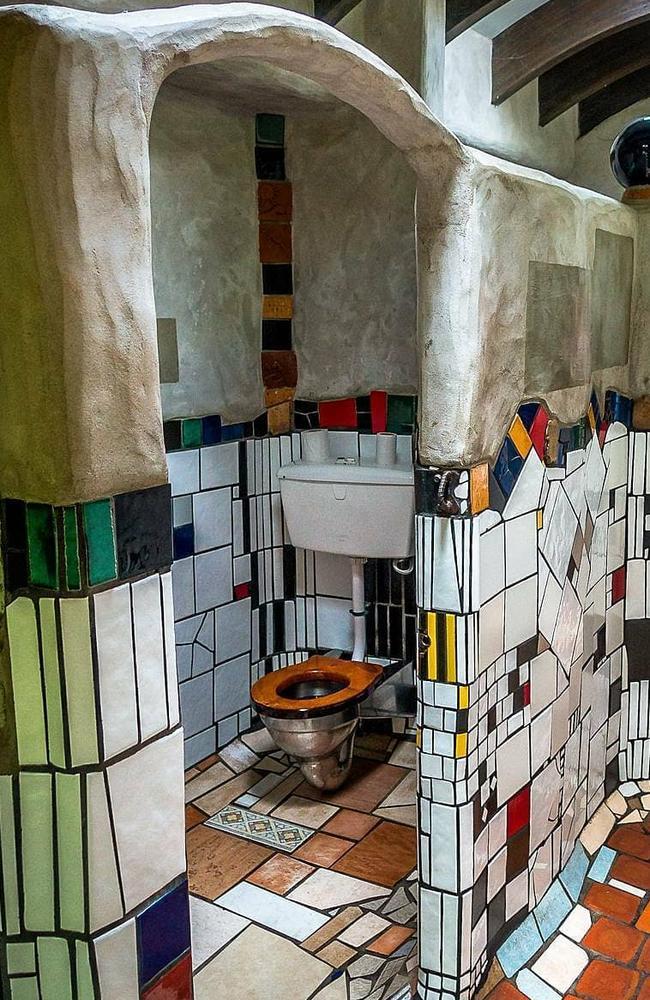 When it comes to New Zealand, the country is packed with bucket-list spots to visit. There's the breathtaking fjord-land, those pristine beaches and 60 million sheep nestled in that seriously green countryside.

But a toilet tucked away in a remote town in an even remoter stretch of the North Island? It seems so. In fact, a staggering 250,000 tourist traipse-up through the guts of the country to Kawakawa, a town found five-hours north of Auckland, to visit a toilet block each year.

But this is hardly your standard public loo.

His work, which ranges from pocket-sized canvases to incredibly unique buildings, is spotted around Austria's Vienna and Germany and always attracts a crowd. And this maze of a toilet is the only example of his architectural work in the Southern Hemisphere.

Hundertwasser moved to New Zealand in the 1970s and created his toilet masterpiece in 1999. But the architect never got to see how popular it would become in the next two decades as the following year he died at sea at the age of 71.

These days there's a steady stream of travellers detouring ten-minutes off the state highway to Kawakawa to have their photo taken inside and outside of the unusual design on any given day.

And the neat line of tourists waiting to have their photo moment actually rarely use the fully-working facilities available.

Hundertwasser was an architect whose work focused firmly on opposing the concept of a straight line, and the toilet is a cobbled example of this.

He used bricks recycled from a demolished Bank of New Zealand building, tiles made by students at Bay of Islands College, empty bottles and scraps of concrete, steel and copper for the truly eclectic creation.

But why? Essentially, it was a commissioned piece by the Kawawaka Community Board who wanted the tourist driving to the nearby Bay of Islands, the third most popular spot for visitors in the country, to use the former coal town as a pit-stop to help with dwindling economics.

And it worked. With the constant arrival of tourists, small cafes have popped-up along the very small high street that was one run-down and desolate. And the area has unofficially become known as "Hundertwasser Town". 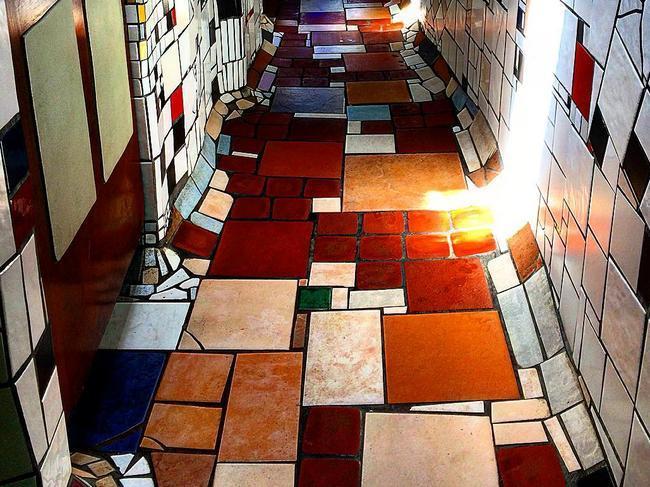 It perhaps sounds a little potty that a toilet can push life into a remote Kiwi town but toilet tourism has continued to grow in New Zealand and is taken very seriously.

So seriously, in fact, that a huge chunk of this year's NZ$19.3million tourism funding is going to improve public toilets.

And that's not just freshening-up dunnys across the country but ensuring that facilities are a tourist attraction within themselves, breathing life into areas that might need a little help or enhancing hot-spots that are already favourites.

The market town of Matakana is another remote spot, found on the eastern coast a little under two hours drive north from Auckland, that has become a tourist haven in the last few years.

And that's partly down to the incredibly designed "ship shape" public toilets, created by Auckland fine arts student Steffan de Haan, who acknowledged the local boat-building industry with his offering.

And due to a boost in tourism in the ever-popular wine district of Marlborough, a staggering NZ$420,000 was pushed into the renovation of a toilet block last year, which was already popular due to a large mural of a mermaid on the outside.

And the Wellington's "lobster loo" which is shaped, you got it, like a lobster, was erected in 2011 as a tourist attraction, which costs the government $375,000.

It would seem that toilet tourism isn't to be sniffed at. And it's even getting an international interest, with the first ever global Toilet Tourism Awards being launched last year.

New Zealand took home the lion's share of the awards, making it a world leader. However, the top prize went to a James Bond-theme loo in Switzerland, where an image of the 007 agent appears in the mirror next to a bullet hole just as a shot rings out.

But with millions of dollars being pushed into the transformation of the basic bog this year, New Zealand is likely to be eyeing up the top spot at the 2019's awards.

Top of the drops: the best public conveniences revealed

Bill Richardson's Transport World, InvercargillEvery inch of the motorist's Mecca in Invercargill is fine tuned to appeal to petrol heads - from the replica of Henry Ford's workshop, through to the 300-vehicle showroom. However some visitors are surprised to see this enthusiasm for combustion engines carries through to the toilet facilities. Made from petrol bowsers, spare tyres and other lovingly recycled auto-parts – it is a pit stop you won't forget.

Kawakawa water closetsThe Austrian Artist and world citizen Friedensreich Hundertwasser donated a lot of things to New Zealand, including his own interpretation of the Koru flag.However the only building to be completed in the architect's lifetime was the Kawakawa water closet. With a rooftop garden, recycled skylights made from glass bottles – this is a green toilet to be proud of.

Rotorua RedwoodsIn the giant sequoia forest you've got your pick of trees, but hold it in until you've checked out these marvels of design.The cylindrical toilet houses, with cut-out 'reliefs' are sculpted into the surroundings.

Matakana sculpted thronesThe Matakana outhouses are part boat, part sculpture and wholly different.The design of Auckland student Steffan de Haan took seven years to complete. The effort was a 7-year slog to get them built, but they are a thing of beauty.

The SuperlooOn the shores of Lake Taupō the superloo is a public convenience worth paying for. Withchoice of western or squat toilets, showers and washing facilities - you'll not regret 'spending a penny' in these pay toilets.

The Tokoroa crossYou don't have to be crossing your legs to appreciate the Tokoroa conveniences. With five individual toilet towers, one for every star on the Southern Cross, they represent the night sky's most famous constellation. The $4 million loos, have gone well over budget and missed several delivery deadlines. So it will be a massive relief to the people of South Waikato, when the conveniences are finally opened.

Tags:  how to squat on a western toilet