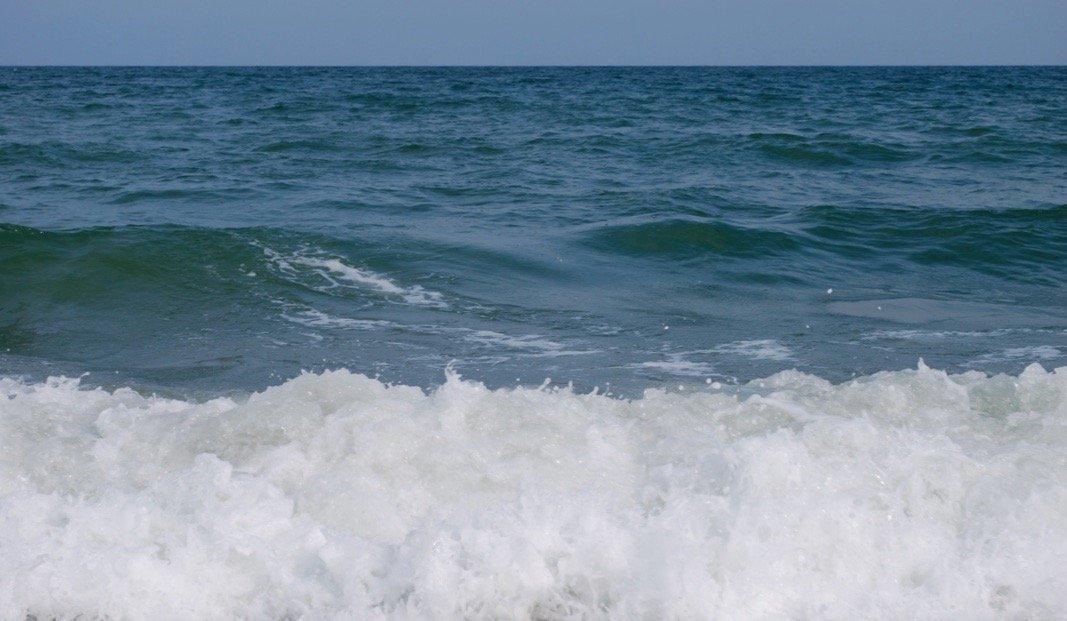 At Denise Vallonga’s home, near Lee’s Landing and not far from Highway 90, there are certain times of the day she can’t get good water pressure from her sink faucets. And outside, the spigots merely dribble.

“Our pressure is kind of up and down, we have water pressure and sometimes we don’t,” she said. “When you wash your car there’s not enough pressure to rinse the soap off your vehicle. Inside the house it’s hit or miss.”

It’s a similar situation at William Janssen’s home, also in a neighborhood off of Highway 90.

“It’s noticeable, especially in the morning,” he said.

Other residents up and down Highway 90 — and even as far as Longs, along Highway 9 — have said they notice that their water pressure inside and outside their homes is sometimes lower than they remember it being, even a few years ago.

What appears to be happening, The Sun News found, is that the rapid construction of new homes in the once-rural parts of Horry County between Conway and Longs, particularly along Highway 90, is straining the county’s water infrastructure, and residents are noticing.

While residents have complained for a long time that the new homes and residents are causing traffic to worsen, suburban sprawl to reach their doorsteps and flooding to occur where it didn’t used to, the growth now appears to be reaching inside their homes, too.

Some residents worry that the lower water pressure could make fire hydrants deficient, potentially leaving them at risk if a fire begins.

Others worry that without better water infrastructure, the area could become difficult or impossible to live in with additional residents.

“We talk about roads widening, flooding, how about the water? We’re going to have 4,000-5,000 new houses, where’s this water going to come from that we’re going to be able to drink?” Tony Pastore, who also lives in a subdivision, said at a recent community meeting. “With all these houses, we’re going to turn on the tap some day and it’s going to be nothing coming out. Then this place is going to become a ghost town.”

Residents along Highway 90 receive water and sewer services from Grand Strand Water & Sewer, Horry County’s largest supplier, and the agency acknowledges that the rapid growth in the county could be affecting service.

But water pressure in the area still meets all state health and safety standards, officials said.

“We meet all the guidelines for water pressure. Now, the more flow you get, the more pressure drop that you’ll have,” said Fred Richardson, the CEO of GSW&S.

“If you look at the real culprit of low water pressures almost anywhere, the HOA is requiring everybody put in sprinkler system,” Richardson said. “Everybody cooks breakfast at same time, yes, you might drop to 35 or 40 PSI, which will be a noticeable difference. But now it still meets all the guidelines, it’s not coming out just quite as fast.”

Aside from the annoyance of trickling faucets, some residents also worry that the lower water pressure could mean that county fire crews don’t have enough water to fight fires, potentially leaving them in danger.

Are fire hydrants at risk? 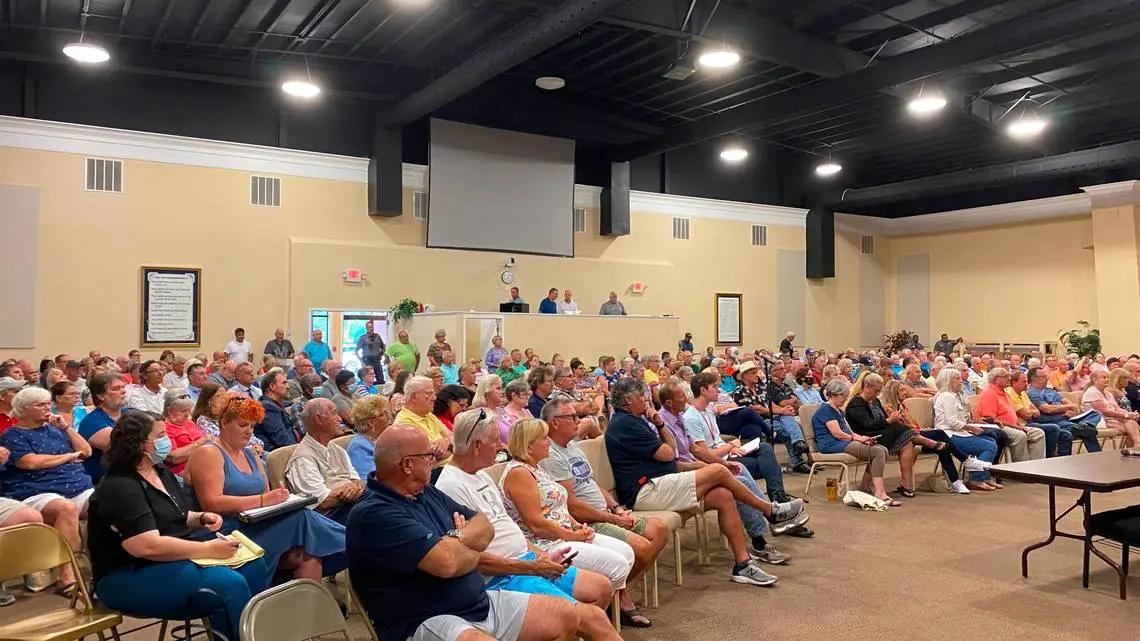 Yes, said Neeraj Patel, GSW&S’s chief of field operations, “throughout our tests that we do every three years, we’re always looking to make sure we’re meeting (Dept. of Health and Environmental Control) criteria.”

Joseph Tanner, though, Horry County’s chief of its Fire Rescue division, said the fire department has begun taking measures to bring more water to fires in rural areas, to ensure they have enough.

“I can tell you that water is always tricky for us. The more pressure we have the more we like it,” Tanner said. “Horry County being more of a rural county, over the years, we’ve always been prepared to not have water. That’s why we have nine tankers in our system, that’s why every engine we have has 1,000 gallons when that’s arrive on scene, and that’s why we don’t send one firetruck to a fire.”

Tanner added: “Would we like to have more? Absolutely, always. But again, that’s the water purveyors doing that work with the building department to make sure they’re handling that for us.”

The Sun News sought to interview Tanner for this story to learn more about how fire crews navigate water pressure and flow in rural areas, but Tony Casey, a county spokesperson, declined to make Tanner available.

“Chief Tanner spoke about this topic publicly at the Highway 90 meeting you attended, and we’re going to leave his remarks at that for right now,” Casey wrote in an email. “Horry County Fire Rescue doesn’t own or maintain the hydrants. The utility companies would have to speak on much of that. We just borrow the water for emergency use, essentially.”

Richardson, the head of GSW&S, said that the fire hydrants the agency maintains across Horry County are regulated by DHEC and that all hydrants pass state inspections.

Richardson noted, though, that GSW&S has plans to build a water tower near the Highway 90 corridor which would help increase water pressure in both sink faucets and fire hydrants. That water tower will be located on Old Highway 90.

Patel noted that that agency is seeking to build a water pumping station along International Drive, which intersects Highway 90. Both of those projects, he noted “will boost those pressures in that area.”

But residents in the area remain concerned that the fire hydrants won’t be sufficient to provide enough water to put out fires, and have raised those concerns to county leaders.

“...If you have a fire, I don’t think there’s going to be what they expect in those mains, you have to hope the tankers have enough,” Janssen said.

Despite resident concerns, county council members who represent the area said they haven’t heard anyone raise the issue, and haven’t heard that the pressure could cause problems.

“I’ve not heard a single word about that,” Johnny Vaught, whose district includes part of Highway 90, said. Though, he said, “I can understand their concerns for sure.”

Danny Hardee, who also represents the area, said he’s only heard Wood raise the issue, but hasn’t heard beyond that that it’s an issue.

When water demand calls for it, according to GSW&S, the agency draws additional water from an aquifer. But residents complain the water smells and tastes bad when the agency does that.

“It’s like a musty smell, sometimes it smells swampy,” Vallonga said. “We don’t drink the faucet water, we drink filtered water. It just has a terrible taste, its not a refreshing taste, let’s put it that way.”

While county officials work to build a fully-manned fire station along Highway 90 — there’s currently only a volunteer station — and as GSW&S works to build a pumping station and water tower, residents say they’re stuck living with water that trickles at home.

“You flush the toilet, you wash your hands and it’s just a little dribble coming out,” Wood said about her home near Tilly Swamp. “It takes a long time for the toilet tank to fill back up.”

For some residents, like Janssen, the solution to the water problems, in addition to adding capacity to the system, Horry County needs to curb growth in rural areas, or at least match infrastructure with the growth.

Horry County leaders are currently discouraging new building projects along Highway 90, though not explicitly banning it. Additional restrictions on building could come in the future.

Janssen said the county should do more. He was particularly upset at county council members who voted to cut back impact fees on developers, and argued that the county should charge more and put the money towards infrastructure improvements.

“They have to change their priorities and put the infrastructure in front of the development,” he said.

‘It’s not a moratorium’: Horry County seeks to curb growth on Highway 90

twitter emailphone814-215-0509J. Dale Shoemaker covers Horry County government with a focus on government transparency, data and how the county government serves residents. A 2016 graduate of the University of Pittsburgh, he previously covered Pittsburgh city government for the nonprofit news outlet PublicSource and worked on the Data & Investigations team at nj.com in New Jersey. A recipient of several local and statewide awards, both the Press Club of Western Pennsylvania and the Society of Professional Journalists, Keystone State chapter, recognized him in 2019 for his investigation into a problematic Pittsburgh Police technology contractor, a series that lead the Pittsburgh City Council to enact a new transparency law for city contracting. You can share tips with Dale at dshoemaker@thesunnews.com.
Tags:  how to stop a trickling toilet tank