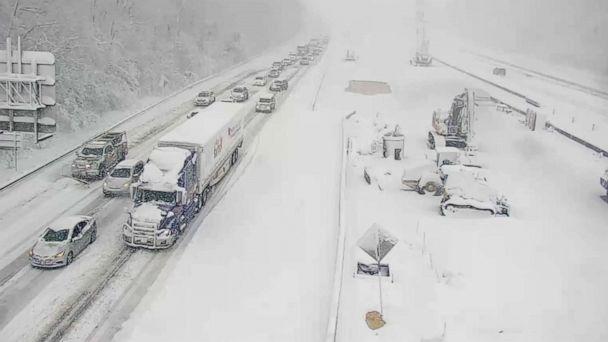 During the first week of the Russian invasion of Ukraine that had commenced on February 24, it was discovered via satellite images that a 40-mile-convoy said to be comprised of tanks, armored vehicles, and artillery was on its way to Kyiv19 miles outside of the Ukrainian capital. Many days later, the convoy is still there, as news outlet scratch their heads again about the seeming inertia of Russia’s “Terrifying War Machine” that was supposedly moving to circle Ukrainian cities.

With the convoy literally at a standstill, the 40-mile-convoy is not only useless to the Russian arm, but it is also the largest military target the Ukrainian Air Force can bomb with rockets, artillery, aircraft and their Turkish-made Bayraktar TB2 drones. Retired Navy Admiral James Stavridis, the Supreme Allied Commander in Europe of the NATO forces, called the convoy “the biggest, fattest target in Ukraine” and that fighter jets should blow it up. However, Russia still has an edge with its Air Force compared to Ukraine’s own, so it probably wouldn’t risk losing its already depleted supply of fighter jets. So far Ukraine seems to have been careful not to take the Russian air force on Mig against Mig but seeks engagements, where its limited number of Mig-29s, can ambush Russian helicopters and slower-moving attack aircraft.

Quite frankly, with numerous indications that the morale of Russian troops is in the toilet amid shortages of food, fuel, water and a lack of knowledge about their purpose in Ukraine, it would not be a far-flung assertion to say the 40-mile-convoy is actually a parking lot to replace vehicles already destroyed in scores and to try to alleviate their chronic supply shortages. Of course, the new problem is getting enough fuel(specifically diesel) in tanker trucks up there to get them moving.

What the images don’t show is almost as telling as what they do.There is a marked absence of tanks, armored personnel carriers,towed and tracked artillery, or signs that massed Russian troops are in the wood in any numbers. It is also of note the manner in which the trucks are assembled, not concealed,a two and three wide on the road. Having seen numerous pictures of Russian army wheeled vehicles stuck up to their axels in mud off road, it very much appears as if the Russia army is confined to the hard paved roads.

Hunger, thirst, low supplies, bad leadership and cold weather are ruinous to any army. The weather in Ukraine is in the 30s-40s during the day ans drops into the 20s and below at night. Ukraine has a 10 month rainy season that began in February and will run until December which combined with thawing snow will make dirt roads and off road a serious problem for Russian tanks and trucks.Ukraine was Russia’s “Bread basket” during the Soviet Union, growing most of their wheat and corn with very rich soil that in some places can run as deep as 400 feet.If you’ve seen Russian vehicles carrying logs they are used to create ad hoc bridges over wet muddy ground, in some instances they are also being used as additional armor protection which might help with small arms but would not stop heavier caliber rounds. In fact, they would likely create a mass of sharp, flying splinters if hit by something the size of a .50 round.

#Ukraine: A pretty comical situation where 2 Russian T-72B3 tanks and BTR-82A APC got stuck in the mud, alternately trying to pull each other out, and were all abandoned by the Russian forces and then captured by Ukrainians. pic.twitter.com/08HR78XJs5

With temperatures expected to go as low as minus 4 degrees Fahrenheit (-20°C), Ukraine is already facing sub-zero temperatures and more snowfall. Its battle with the eastern Arctic air will be a tough uphill campaign that these Russian forces might not survive. If they’re not running their vehicles’ engines, they are likely to freeze to death inside their metal vehicles which tend to magnify the cold as well as heat.Added to their combat casualties no doubt are a similar number of cold casualties including frostbite, trench foot and pneumonia.

According to Glen Grant of the Baltic Security Foundation, the stuck Russian tanks and military vehicles would literally act as a metal fridge. “A metal tank is just a fridge at night if you are not running the engine,” said the military expert. He said that these stranded Russian troops will not be able to stand the cold and will get out of the vehicles to walk to the forest and start giving themselves up in an effort to not freeze to death. 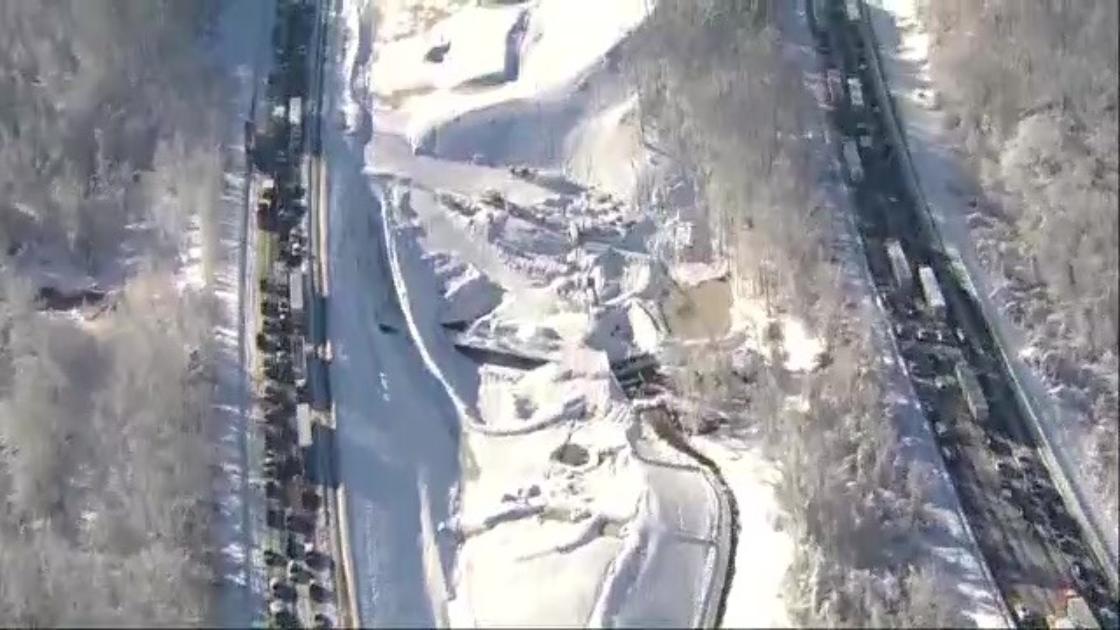 “You just can’t sit around and wait because if you are in the vehicle, you are waiting to be killed. They are not stupid,” he said. The following video shows Russian troops willingly surrendering in the Mykolaiv region as proof of Russian soldiers losing their will to fight.

Read Next: Next attack on Ukraine announced – Russia moves key leaders and troops into position

Military observers who are familiar with Russian-style warfare and philosophy have stated that the 40-mile-convoy is part of a larger plan to encircle and surround Kyiv so that no evacuations can take place, making the capture easier to do. It was also hypothesized in military circles that the 40-mile-convoy was to be used as a forwarding base, possibly as a supply hub for the Russians before taking Kyiv. According to Pentagon spokesman John Kirby, US intelligence has also suggested that the convoy was to be utilized for replenishing and re-equipping Russian forces. These assessments miss an important point.With the weather making it impossible for tanks and other vehicles to move off road the Russians would be restricted to using infantry regiments moving on foot but this isn’t the kind of army Russia brought to this fight. They brought a mechanized army of tanks and troops riding in armored personnel carriers and are finding that confined to roads, its tanks and mechanized infantry can’t fan out into offensive formations.This is also why the Russians are using five routes of advance.They can’t get off the roads and advance across ground.

“Our assessment is that it’s largely meant for resupply — but I can’t rule out that there aren’t combat vehicles,” he said.

According to Rep. Jason Crow, an Army veteran, it would also be best if Ukrainians targeted fuel trucks (if there are still fuel left in them) so that their supplies are further cut off in case it should be used for resupplying.

Kyiv Mayor Vitali Klitschko has previously stated that Kyiv had been surrounded and that it was the plan of the Russians all along as Kyiv is where Zelensky and the government operate from. However, he vowed not to give up and not surrender to the Russians.

“A huge number of people, civilians are taking part in defending the city… We have our partners, our will, our beloved land, which we are not going to give up,” Klitschko stated.

Just as the weather in Russia played a major role in slowing and even stopping the advance of German armies towards Moscow in WWII, the weather is working against the Russians this time.“General Winter” may prove again to be the decisive factor working for Ukraine this time.

If you’re just tuning into SOFREP for the first time, click here to enjoy a free 2-month trial membership and be kept up to date on developments in Ukraine and elsewhere around the globe.

If you enjoyed this article, please consider supporting our Veteran Editorial by becoming a SOFREP subscriber. Click here to join SOFREP now for just $0.50/week.

Tags:  how to stop toilet tank from running