Scots residents turned on their taps last night to discover dark brown water as firefighters made use of the local supply to extinguish a blaze.

Homeowners in the Millgate area of Hamilton shared numerous pictures online of their bathtubs filled up with the discoloured water, with some people calling it "disgusting."

Scottish Water said this resulted from a change in water flow as the fire service used water from their network to extinguish a fire. This can disturb naturally occurring sediment in the pipes which can lead to temporary discolouration of water.

A Scottish Fire and Rescue Service spokesperson confirmed one appliance was sent to Neilsland Street to reports of a "fire in the open," shortly before 8.30pm on Tuesday, and they extinguished the flames by 8.45pm.

It’s not the first time locals have reported discoloured water in the Lanarkshire area, with Scottish Water previously saying problems in the summer were down to low reservoir levels causing changes in manganese levels in the water supply.

One local woman, Dee McEwan, who lives in Kerr Crescent, told the Record she’s been unhappy with the water for a couple of months now, claiming some days it is “cloudy brown” with a “weird smell and taste” and that other days it is clear. 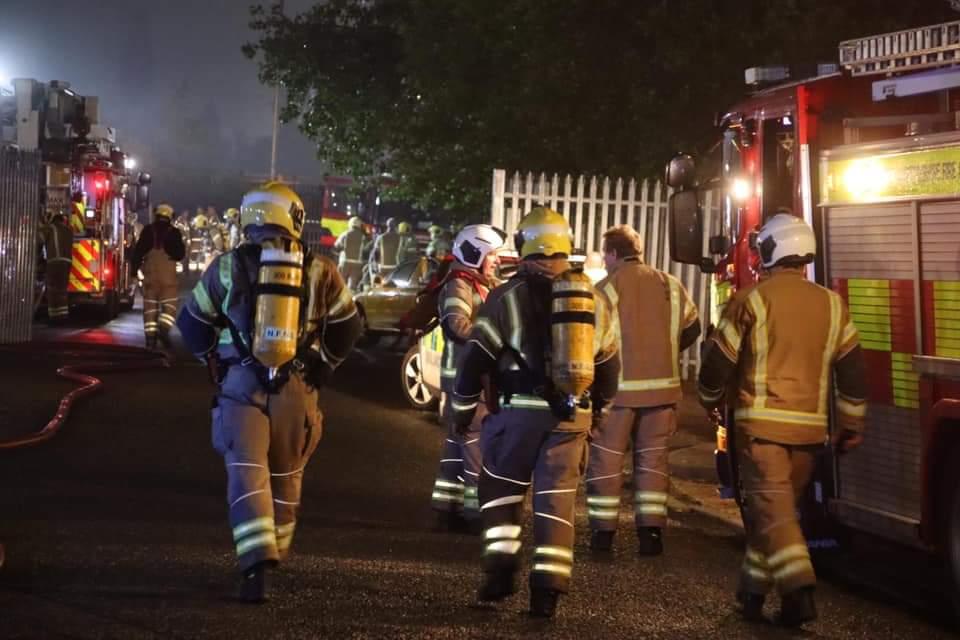 The 43-year-old said: “My family now only uses either bottled or filtered water and that even includes for our animals.

“It was making my partner and our youngest son and our dogs really unwell and it tasted like you were drinking water straight from a swimming pool.

“I couldn’t believe it when I saw how dirty our water was compared to other people’s pictures. It was so full of muck it didn’t drain properly. It left the most horrible residue and sediment once it was drained. Even the water in the toilet cistern was dark brown.”

Ms McEwan said the water in her home was clear again by Wednesday morning.

A Scottish Water spokesperson said: “Last night, a small number of customers in the Millgate area of Hamilton experienced discoloured water. This was due to a change in the flow of water in the local network as firefighters tackled a fire.

"When there is a change in flow, for example, if Scottish Fire and Rescue Service need to draw down greater volumes of water to extinguish a fire, this change can disturb naturally occurring sediment in the water pipes and can lead to temporary discolouration.

"Customers were advised to run their cold water tap for a short period of time to help clear any discolouration.

"We apologise for any inconvenience caused and urge anyone with ongoing issues to contact us on 0800 0778 778 for assistance.”

Don't miss the latest news from around Scotland and beyond. Sign up to our daily newsletterhere.

Tags:  how to stop water flowing into toilet cistern