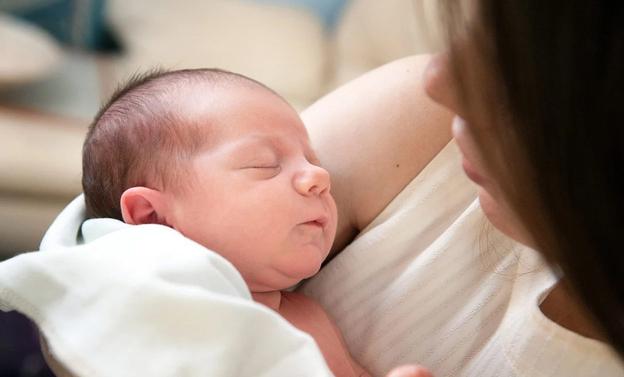 Melissa Surgecoff's son gave her the surprise of her life: She hadn't realized she had been pregnant until after she gave birth to Liam while sitting on the toilet.

She laughed when she told TODAY Parents that looking back now there were clear signs but at the time her son was born, she'd had no idea she was pregnant. She thought she was trying to pass a kidney stone.

Surgecoff, 38, said early in the morning of March 8 she thought she was experiencing intense menstrual pains. As the day progressed and the cramps got faster and more intense, she asked her fiancé, 37-year-old Donnie Campbell, to call 911 and report she was passing a kidney stone.

"The only relief I would get was sitting on the toilet," she said. "So I was in the bathroom, and I ... couldn't sit still. I was screaming, I was trying not to be loud like I didn't know what this was."

She said finally at one point she felt something rush out of her.

"I look in the toilet and I still didn't know what it was," she said. "And I thought I basically lost an organ because I didn't know!"

Surgecoff said she stood up and didn't realize what was in the toilet bowl until her fiancé went to look. 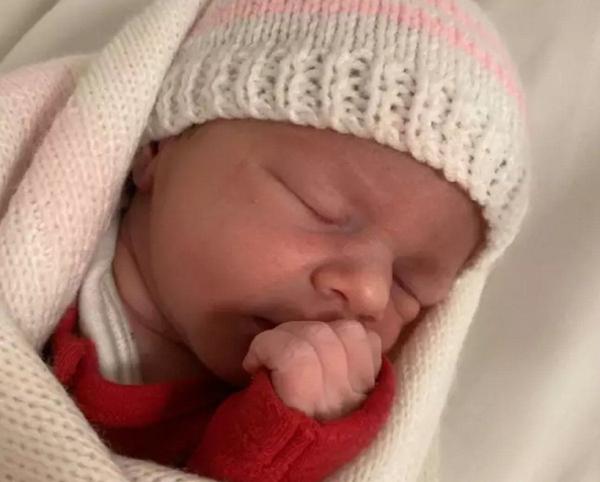 "I'm screaming, I'm freaking out, I'm in shock," she recalled. "I don't know what's going on, and Donnie went to the toilet, and he rescued the baby."

Campbell told TODAY Parents that he initially thought the baby may have been feces. He said he knew to clean off the infant based on several TV shows that he'd seen before, so he did so using his sweatshirt. Then Liam started breathing.

"I kept watching his stomach and he kept breathing on his own and then it became more of a celebration," he said. "I stood up and held him close to my heart against my body to keep him warm."

Surgecoff said when EMS arrived at their home, they were still expecting Campbell to be passing a kidney stone, so the baby was a surprise. They all went to the hospital and baby Liam was found to be perfectly healthy, apart from a slight iron deficiency.

Surgecoff said she had always experienced irregular periods and thought she'd just gained weight as a result of the ongoing pandemic and her medication.

"So if you look back on it now, yeah, there are clear-cut signs," she said. "Like my feet were swollen. ... My shoulders and upper body were swollen and just like, you know, gaining weight."

Their family was shocked but excited to help after Liam arrived.

"Normal moms have nine months to plan to do whatever, to save and get gifts and buy stuff," Surgecoff said. "Once they found out, they went into super overdrive."

Surgecoff and Campbell, who have been together since 2014, had planned to get married in September 2020. They postponed the wedding due to the ongoing coronavirus pandemic but are still planning on tying the knot, now as new parents, on June 18 of this year.

Tags:  how to sit on toilet during pregnancy