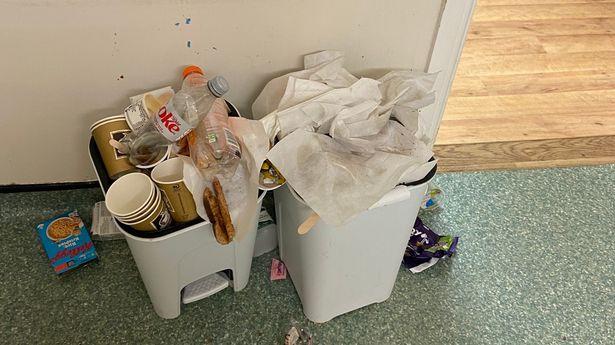 A hospital trust has apologised to a patient for the "revolting conditions" on a mental health ward after they revealed overflowing bins, blocked sinks and kitchens littered with filth.

The 48-year-old patient told the Manchester Evening News she was left "on her hands and knees cleaning the floor of her room" on the Medlock ward of the Moorside Unit at Trafford General Hospital, which cares for 21 people.

The mum-of-three was admitted on Tuesday evening, but said she was led to a ward she claims was "disgusting, and to a bedroom that "had not been cleaned since the last patient was there".

Greater Manchester Mental Health Trust bosses have since "personally apologised" to the patient after the conditions were revealed.

“The linen hadn’t even been changed from the previous patient, it was all still there,” the patient said.

“They had to hurriedly sort it all. I asked the nurse ‘are you going to wipe it down?’ And she said ‘yeah, I’ll do that’. She did but she said ‘oh, we didn’t realise the sink was blocked in here, I’ll flag it as urgent’.

“I had to sweep my bedroom myself because the floor was so filthy with bits on it. I asked for a dustpan and brush, got a load of disinfectant wipes. I got on my hands and knees and wiped the floor down. I don’t want to touch anything because it’s revolting. “

But after 12 hours the sink still had not been cleaned, meaning she went to used the communal bathroom to wash instead, only to find yet more "squalor".

"When I went to have a wash in the bathroom, because I couldn’t in my room with the sink being blocked, I couldn’t even put my soap and towel down because I didn’t want them to touch anything,” she continued.

“The bathroom was so filthy. There’s only three toilets - one of them is blocked and the other two have no toilet paper in them.

“You’re limited to what you can do, really.

“The basic human rights of going to the toilet, for example - I’m having to go round looking for hand towels to use as tissue because I need to use the toilet. It shouldn’t be like that.”

The kitchen was not much better, she added, as the bins were "overflowing".

“I thought, ‘I’ll go and get a cup of tea’, I went to put my teabag in the bin and the bins were overflowing onto the floor,” she said.

“A staff member told me to ‘just throw it in’, I told them ‘this is disgusting, just shocking that people are being left like this’.”

The patient, from Urmston, Greater Manchester, began fearing that her mental health would regress because of the conditions. 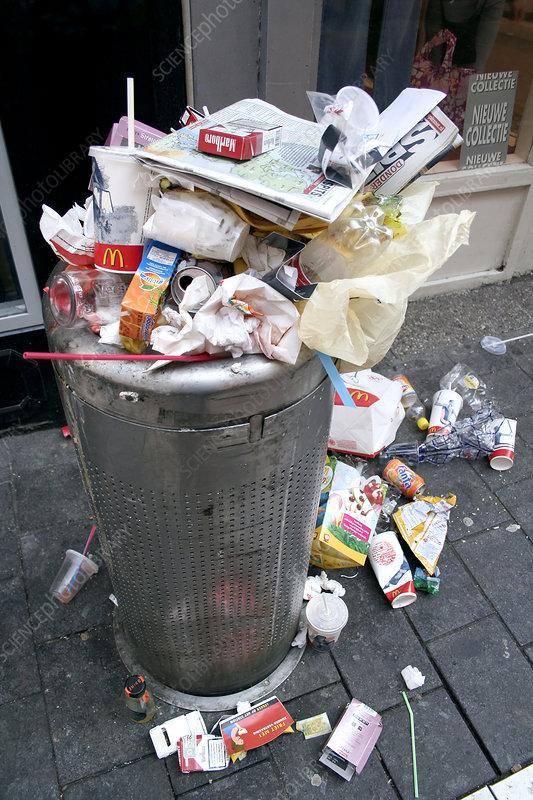 “I think they get away with it because they think no one is going to listen to the mentally ill. They can give us conditions that are not worthy of criminals and we just have to accept them, there’s little we can do about it.”

After the M.E.N. approached the trust with the pictures, the patient says cleaning staff attended the ward to mop her room and unblock the sink on Wednesday, November 24.

A spokesperson for Greater Manchester Mental Health Trust indicated that staff are unsure how the conditions deteriorated - and an investigation has been launched to find out.

Andrew Maloney, Greater Manchester Mental Health Trust deputy chief executive, told the paper the pictures shown of the ward "fall way below the standards of the environment that we would expect anyone to experience."

“This is largely an isolated incident but one that we do need to learn from in the context of our CQC standards."

“We had already committed to just under £1m of investment in the Moorside service, and those works have started now on site, with a complete refurbishment of all the bedroom areas.

“Nonetheless, no matter what the environment is, it’s really important that we maintain high standards of cleanliness.

“It’s everybody’s responsibility to make sure those environments are maintained to that high level.”

One trust boss attended the ward to personally apologise on behalf of the mental health service.

Now, trust chiefs say they will be carrying out "quality spot checks" and a "quality of care programme where we scrutinise certain metrics across in patient and community services teams".

In the week after arriving to scenes of "squalor", the patient said “every day teams of people are turning up with clipboards doing audits, inspections, asking the patients if there were any problems, the bathrooms smell of bleach”.

She added: “I’ll give them credit they are really making the effort! If [we] hadn’t told the story, who knows? I had the head of the trust come to see me and personally apologise, she was respectful and really lovely.”

The pictures of the ward follow an unannounced inspection in September by the Care Quality Commission (CQC) "due to on-going concerns about the safety of services" and “the safety of people using the services”.

Though the trust holds onto its ‘good’ rating, red flags were raised over staffing levels after the inspection of eight wards on five of the trust’s seven sites

"It was worrying that permanent staff didn’t always feel safe when bank and agency staff were used as they didn’t always have the relevant training to give support if an incident occurred.”

On the CQC report, Ms Green has said: "The inspection team found several positive aspects of care including how well staff managed risks and followed best practice, how they protected patients from abuse and knew how to report it, and ease of access to clinical information.

"We accept there are areas for improvement such as levels of qualified staff on wards, which many NHS trusts are struggling with, however we have strong contingency plans in place to ensure we remain safely staffed.

Tags:  how to stop my toilet from overflowing