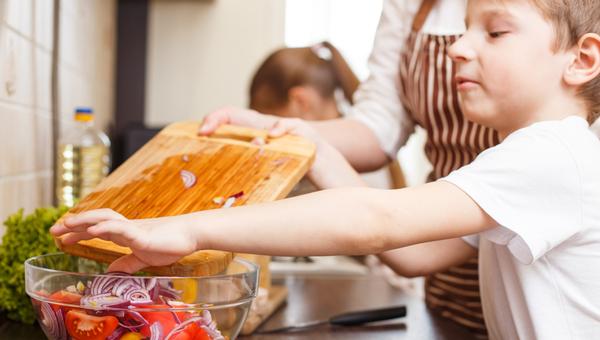 Managing gastrointestinal infections is harder for people living in more disadvantaged conditions, according to a study.

Scientists said findings call into question the present approach to prevent stomach bugs in England, which focuses on individual behaviors such as hygiene and are not adapted to reflect socioeconomic differences.

Current advice includes regular handwashing, isolating the sick person, and staying away from school or work for 48 hours after symptoms resolve.

Gastrointestinal infections can cause vomiting, diarrhea, stomach pain and fever which usually goes away within 48 hours without medical treatment. They are caught through contaminated water or food, contact with animals or with another sick person.

Researchers spoke with parents from two areas in North West England. One area was economically wealthier; the other disadvantaged. The parents had children younger than 5 who had suffered a gastrointestinal infection within the past 12 months.

Not an easily managed illnessDuring 10 months in 2017, the team spent 150 hours observing the activities, and the family and social lives of people living in the study areas. They had informal conversations and structured interviews with 23 people from both places, according to the study published in the journal Social Science and Medicine.

The study showed the work needed to manage gastrointestinal infections is more for people living in more disadvantaged conditions, exacerbated by overcrowded homes with fewer washing and toilet facilities; low household incomes; and higher likelihood of other health issues which can be made worse by having a stomach bug. Poorer parents were more likely not to receive sick pay so staying at home to look after a sick child could mean having less money that month.

Data revealed the common description of gastrointestinal infections as mild and self-limiting is misleading and fails to show the considerable extent of the work needed to manage sicknesses in the home.

Saying that it’s “just” a gastrointestinal infection doesn’t capture the impact on families, according to Suzie Rotheram, research fellow at the University of Liverpool.

“Policymakers need to think about individual behaviors in managing these infections, but also the wider context. These infections mean time off work for parents looking after children; these groups of people might not have the luxury of sick pay. Research, legislation and interventions must address the consequences of infectious diseases. Otherwise, inequalities widen and communities are blamed,” she said.

Problem areas influenced by backgroundResearchers changed the names of the two areas studied with one of them being called disadvantaged because of its life expectancy, deprivation, income and health.

The amount of work required to clean up after the symptoms of infection in young children was often intensive and exhausting for parents in the disadvantaged and advantaged settings.

However, inequalities in efforts to prevent illness spreading were evident between the two areas including more cleaning without access to time-saving resources and a lack of space to isolate sick family members in the poorer setting.

Symptoms being exacerbated by pre-existing medical conditions were more frequently reported in the disadvantaged area.

Keeping children at home in line with public health policies created inequalities in the financial consequences of illness because of the contrasting money and employment circumstances in the two areas. No flexibility to work from home, no or lower sick pay, and expenses such as extra diapers and medication were other challenges in the poorer area.

Ann Hagell, from the Association for Young People’s Health, said the research highlights a need for policies and interventions targeted at families and young people from disadvantaged areas.

“The findings from this study provide a very concrete illustration of the ways in which health inequalities are formed and experienced in childhood. The data are really helpful in showing very clearly how living in a disadvantaged area shapes your ability to cope and respond. It is critical that health inequalities are not just considered the result of a lack of knowledge and skills, but are understood to be about resources and context,” she said.

Tags:  how to stop water in toilet