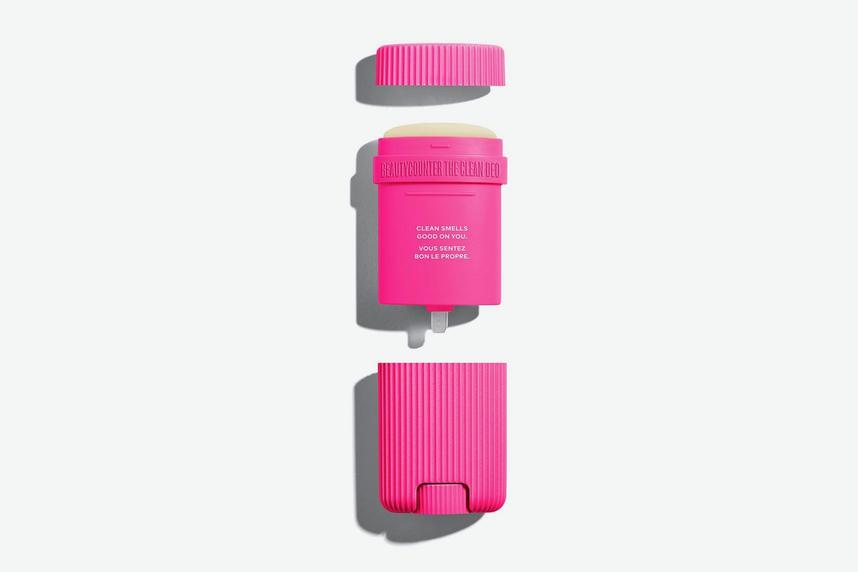 I am an excessive sweater. Apparently, according to my general practitioner, acupuncturist, and WebMD, this is a sign of great health. I just wish my great health didn’t have a habit of showing up at the most inopportune moments in my life.

Time travel with me (it’s easier than walking and less sweaty). It was the late ’90s, when MTV still played music, at the VMAs. I was married to a nominee and needed to look the part. My side part was secured with butterfly clips, and I wore some gold Joseph tuxedo pants. I was really feeling myself, and the pants were feeling me, if you know what I mean. It was very hot — not the look but the small room we were in backstage. At one point, a friend pulled me into the ladies’ room and showed me the back of the pants. Their light gold had turned a … darker gold [wipes brow], a color change I furiously attempted to camouflage with help from a hand dryer.

While that incident was truly the pits, it has been my actual pits that have caused the bulk of such embarrassing scenes. After my marriage ended — perspiration had nothing to do with it — I sweated through every good dress on first dates and last dates (some were both). I sweat at work on sets, where it’s almost always freezing, and don’t get me started on workout classes. Someone once asked me if they should call a doctor at a level-one yoga class. Name the occasion and I’ve surely left a mark, but never a good one. My dry cleaner did deliver some good news as he was placing pins in the pits of my favorite silk dress yet again. “We can only get stains out, not smells,” he said without looking up. “You don’t smell.” 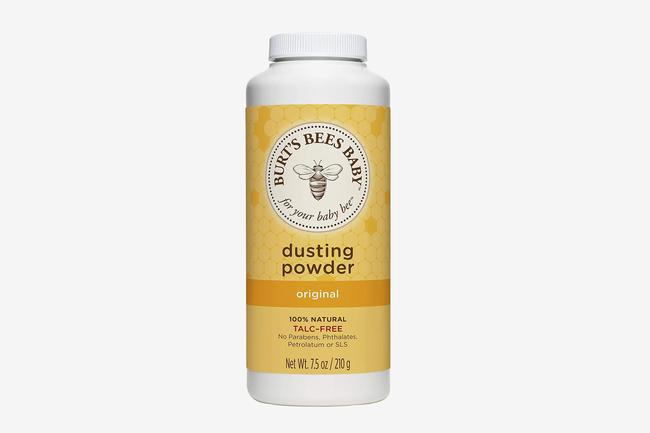 Over the years, I’ve tried many things. I bought herbs that made me smell like maple syrup. I ordered a T-shirt I saw in an infomercial that claimed to stop sweat but made me sweat more because it was a bulky layer that went under the clothes I was already wearing. I went on an oatmeal-and-sweet-potato diet; some claim they help you sweat less. But I didn’t last long without other foods. And drinks. I really needed drinks. (Alcohol, somewhat cruelly, can induce sweat.) A friend told me there is a surgical procedure to remove your sweat glands. This I did not try because the process involves stopping your heart, and just thinking about that makes me sweat.

By comparison, the sweat-stopping solutions I have come to rely on may seem predictable. But they cover me from top to bottom and are discreet enough to apply in a pinch. For cheeks on my booty and face, I keep this Burt’s Bees Dusting Powder on me at all times. You can really use it anywhere: I’ve patted it onto my cleavage, my mustache, and even into my hair (my head sweats too) when I notice I’m glowing a little too much. I like that it’s talc free and available at almost any drugstore, a plus when you’re known to perspire in almost any situation, even a two-minute walk.

At some point, I wanted a more natural product than the antiperspirants I had to ask a clerk to unlock glass to get. But as anyone who has used a natural deodorant knows, most seem to have one thing in common: They don’t work. After sweating through every option from Tom’s, I was ready to board a flight to Maine to ask if it was just me. I had been using other Beautycounter products for a while before the brand (and some of the sweat forums I may or may not check) shared news of the deodorant when it launched in January. I got my first stick in February and have been rolling it on ever since. It took a couple of weeks, maybe a month, for its sweat-absorbing ingredients (cornstarch and baking soda) to take full effect, but this pit stop was truly worth the wait. It’s not magic — it doesn’t stop sweat entirely — but it’s the closest I’ve come without using aluminum. Plus, it does not leave white marks on you or your clothes and is a bit more ecofriendly since you can order cheaper refills and reuse the same applicator (which, not to mention, looks rather chic). There are three scents: rose, lavender, and coconut. I honestly love them all, but if I had to choose a favorite, it would be rose.

Even with my deodorant on, there are some days when I’ve had to shove paper towels or toilet paper under my arms for added absorption. One day, I walked into the bathroom of my tiny trailer on set only to find that it didn’t have any toilet paper — or any hand towels or even a hand dryer. The next best thing, I realized, was the pad in my bag. It was bulky and had wings, but after some minor noninvasive surgery, I stuck it on my pits and it actually worked wonders. I’ve since tried this trick with a few other pads, but my absolute favorites are these thin ones from MyBoxShop. They’re small enough that you can easily place them into the arms of the most summery of dresses. Usually, I put them on when I drive somewhere and don’t want to show up damp on arrival, and then I just peel them off when I get there. They work just as well in their traditional location, too.

The Strategist is designed to surface the most useful, expert recommendations for things to buy across the vast e-commerce landscape. Some of our latest conquests include the best acne treatments, rolling luggage, pillows for side sleepers, natural anxiety remedies, and bath towels. We update links when possible, but note that deals can expire and all prices are subject to change.

+CommentsLeave a CommentThe 3 Things I Use to Absorb My Sweat (From Nose to Tail)
Tags:  how to stop condensation on toilet