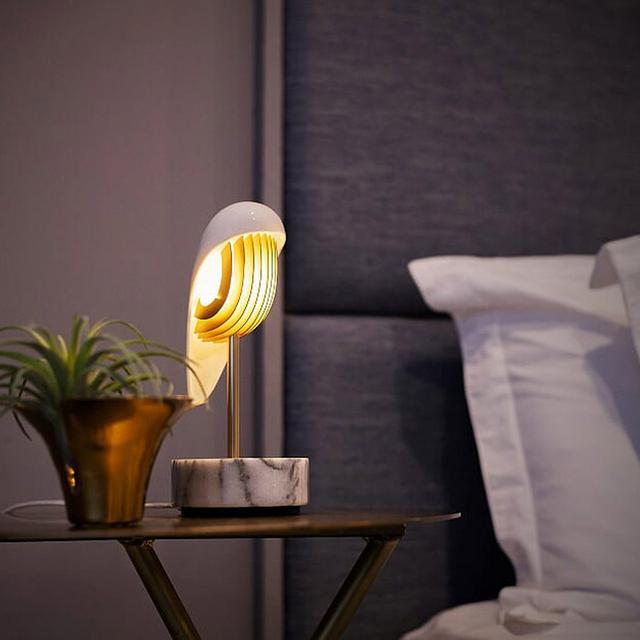 March celebrates the under appreciated art of a good night’s sleep—something many of us probably don’t get enough of. Statistics show that more than 25% of Americans have a sleep disorder, and that more than 70 million Americans have a form of insomnia—that’s a lot of sheep unaccounted for. In 1998 the National Sleep Foundation started a campaign to help get Americans thinking about the health benefits of sleep, and this is what we now know as Sleep Awareness Week.

Some may argue that the pandemic has strengthened this campaign with hotels offering slee” programs providing anything from better mattresses to medical consultations, a new trend in the wellness space. But if you think traveling to a tropical destination to sleep sounds a little ridiculous, there are ways to improve your sleeping habits in the comfort of your own home.

Although there are many factors that contribute to a good night’s sleep, one of the greatest problems (and easiest solutions) comes down to one word: Lighting. Specifically, how much you get during the day and also what you are exposed to before you crawl into bed.

According to Dr. Guénolé Addor, the medical director of the wellness and sleep program at Clinique Nescens in Switzerland, your body’s ability to sleep is controlled by your internal clock, which controls your feelings of hunger, thirst, fatigue, and ultimately sleep cycles. As he further explains, “Human beings have developed a natural cycle between daylight and nighttime. This cycle is called the circadian rhythm, and with increased exposure to sunlight during the day, it actually helps us sleep better at night.”

Even though Dr. Addor recommends sleeping seven to nine hours a day and mimicking the planet’s circadian rhythm (sleeping after the sun sets and waking up when it rises), he admits that, in the modern world, this is “rarely possible.” Although some habits are hard to break, like not drinking coffee after 2 p.m. and avoiding sleep-reducing blue light from devices before you jump into bed, Dr. Addor suggests simple tricks he refers to as “biohacks” to help you make the most of your time in bed. One of those hacks is as simple as changing the lighting in your bedroom.

A good amount of light in the form of sunlight is important for healthy sleeping patterns which programs your body’s internal clock to wake up and sleep at the right times in a 24-hour cycle. Conversely, light exposure at night can impact your ability to switch from being awake to sleep and reduce the quality of sleep, as found by Harvard Medical School. Dr. Addor confirms that too much light can cause repeat awakenings and stop you from having the appropriate restorative sleep recommended by the Sleep Foundation. “The ambient and subdued light in the evening (rich in red light) is particularly conducive to letting the brain know that it is time to relax and prepare for sleep,” he says.

Below are some mood-inducing lighting fixtures to swap into your bedroom to help you sleep–and wake–better and avoid becoming another statistic. 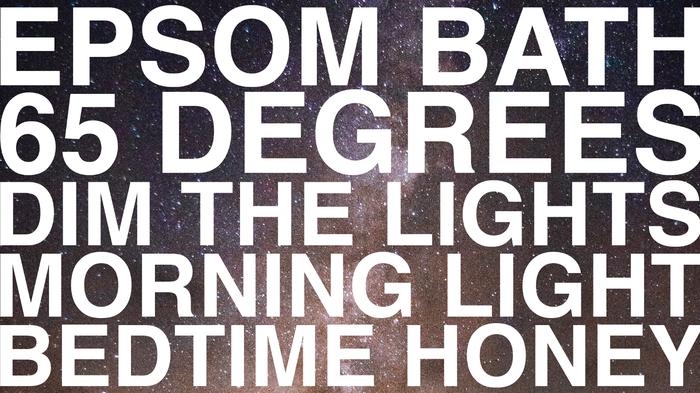 All types of light impact the quality of your sleep and according to researchers from King’s College in London, the worst one is blue light (but only during the night), which is emitted by LEDs, tablets, and cell phones. “Light is arousing, it stimulates the brain and that’s the opposite of what we want when going to bed, so choose a warm light and definitely not anything that emits blue light,” says Michael Breus, the Sleep Doctor. The Casper Light, a favorite of Architectural Digest writer Zoë Sessums, produces a soft hue with LED white light to help you drift off to sleep.

Sufficient sunlight is important in harnessing a natural sleep-wake cycle, but if you live in an area where you can not get enough sun during the day, artificial lighting at home also works. The Verilux Happy Light mimics the sun’s natural light to help you fall asleep much easier at night. As Dr. Addor says, “If you live in a place without much sunlight, artificial light in the day and red light later in the day is recommended.”

Scientists have shown that the use of timed light like those from a sunrise alarm clock can be helpful in improving your sleep pattern. With the sunset-stimulated Philips Smart Sleep light, you can wake up with ease rather than to a squeaking beeping noise found in a regular alarm clock. “The ideal bedroom should be a temple of sleep,” Dr. Addor says. “Use a dawn simulator alarm clock to avoid the very harmful stress of a shrieking alarm going off in the morning, but don’t forget, the best way to wake up is a spontaneous and natural wake up.”

What we love about these little LED lights is that they have a very low light setting that won’t interfere with your sleep, but they also allow a steady nighttime pathway to your bathroom if you happen to wake up needing to go to the toilet. “If you need to go to the bathroom in the middle of the night, it is better to do so in the dark or with a red light because a bright light may prevent you from falling back to sleep,” Dr. Addor points out. “Turning the light on may trick the brain into thinking that it is already morning.”

According to Vibray Chandran Weisbecker, holistic wellness and mindfulness expert at Mindbody, freeing yourself of external disturbances and finding a peaceful location for sleep is essential to better sleeping patterns. “Most people don’t prefer sounds while sleeping. However, those that have difficulty falling asleep can use natural sounds such as soundtracks of crickets or ocean waves,” he says. “A guided sleep meditation before bed is also another excellent way to prepare for sleep.” This travel-friendly night light has both a soft glow and a variety of sounds to choose from including ocean, rain, and waves.

A self-professed insomniac, Alexandre Dujoncquoy designed this drug-free device to help you fall asleep more easily. A simple touch projects light onto the ceiling and helps you wind down. For those who want a bit of meditation to help you sleep, the gentle light works almost like counting sheep but with light pulses, producing an almost hypnotic effect to induce sleep.

“Avoid blue light at least one hour before going to bed like the light emitted by television screens, computers, and smartphones, even LED light bulbs,” Dr. Addor says. “Try reading a book by candlelight or incandescent bulb. A clever biohack is to use essential oils for sleep, like lavender, vanilla or ylang-ylang to promote sleep.” The HappyHaves Original Moon is both a lamp and essential oil diffuser, just like the doctor ordered.

According to doctors waking up to both a soft-sounding alarm and soft light is important for a healthy sleep cycle. The Sunrise Alarm Clock not only has a sunrise simulation that emits soft light in the morning, but it also has a sunset mode to dim the light down as you get ready for bed.

If waking up to the sounds of chirping birds sounds good to all you city-dwellers out there, the MoMA Chirp Alarm Clock and Lamp is perfect for you. The intensity of the alarm gradually rises, giving you an opportunity to wake up naturally, rather than forcefully. “A great biohack is to never use the snooze button on your alarm clock. Instead, put the alarm clock away from your bed, this will make you get up to turn it off,” Dr. Addor adds.

The Lumie Body Clock Rise Lamps not only wake you up gradually in the morning by emitting natural sunlight but at night, but they also project an ambient light in your bedroom that mimics a fading sunset to help you fall asleep. Proven to help treat the winter blues, the lamp is a great addition to your bedroom according to wellness experts. “Mood lighting, such as salt lamps or nightlights, are a great solution for those that tend to wake up often from their sleep, as the muted warm light can be comforting,” Vibray explains. “The key is to use lighting that still keeps the room dark but lets in enough light to be able to get around if necessary.”

Tags:  what is the best smart toilet