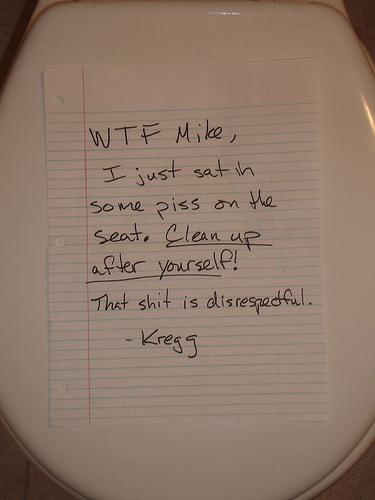 I’ve heard wives complain about it for years. Stand-up comics wax philosophical about it. Florists sell bouquets to apologize for it. Divorce attorneys buy new Porsches with proceeds from it.

But while animals may evolve and climates may change, one fact on the material plane of existence will hold true until the end of time: The vast majority of husbands will never, ever put the toilet seat down.

Eventually, most wives must ask themselves that age-old question often posed by the late Ann Landers: “Am I better off with him or without him?” If a tidy toilet is important, a wife in this category might as well summon a shyster and sign up for an online dating site to hedge her bets, because while times-they-are-a-changin’, men who leave the toilet seat up are not.

A few adjustments are in order, especially for women who sometimes need to relieve themselves in the wee hours. A nightlight near the potty is helpful, but the luckier ones among us have husbands who can install dimmer switches. This way, you can bring up a soft glow – just enough to illuminate the gaping maw that would otherwise wreak havoc with your unsuspecting behind. And house slippers or thick socks are a must, because statistically, husbands who won’t lower toilet seats don’t have the best aim.

I gave up years ago trying to get my husband to lower the toilet seat, although I’m such a slob it never mattered much to me, anyway. And given my own slovenly proclivities, I have very low expectations for other people. It’s just that a toilet seat in the “down” position seems logical. Do the math: While women need the seat in the “down” position 100 percent of the time, men also need it down for half of their business, so why not let majority rule? This is especially relevant when husbands prefer to do the stand-up portion of their routine off the back porch, regardless of the temperature outside. 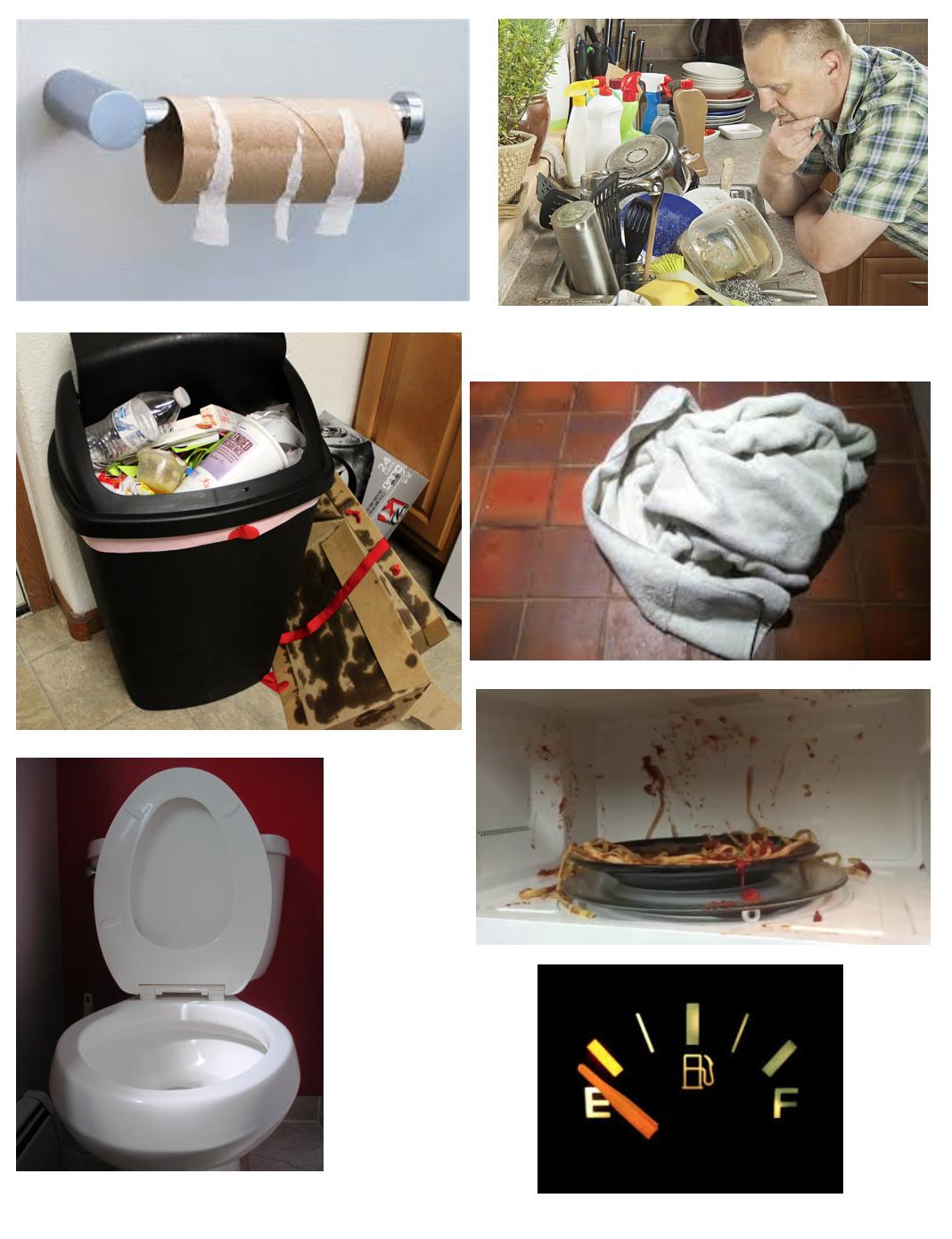 My apathy about the toilet seat has never prevented me from engaging in that time-worn wifely pastime of nagging. I don’t verbalize my complaints; I merely slam down the seat so no matter where in the house my husband is located, he will hear the noise. Occasionally, he has yelled, “You’re gonna break that thing!” I know that instead of facing that possibility with dread, he looks forward to it with zeal. A broken toilet seat would mean a new one is needed, and that would require a trip to Lowe’s or Tahlequah Lumber, where all those attractive tools are on display.

Nevertheless, as someone with a psychology minor, I have concluded my husband is passive-aggressive. When you repeatedly have to admonish an individual either to do or not to do something, and the person continues to act in a manner opposite of what you’ve proposed, that person is either stupid or passive-aggressive. My husband is not stupid, so he must be deliberately leaving the seat up to spite me.

The same husbands who refuse to adorn the porcelain god with its plastic necklace have quirks that invite the game of tit-for-tat. I’m of the school of thought that teaches the toilet paper should unroll from under the tube, rather than over the top. The other day, for the first time in my life, I loaded the holder so the paper would dispense over the front of the roll. It wasn’t long before I heard a muffled complaint, or at least an expression of puzzlement.

I also believe the person who exhausts the roll should replace it (though sometimes I fall short in this duty). From what I can gather from participating in various wives’ panels, most men would rather wait to replenish the roll until the next time they’re perched on the throne, at which time they’ll yell for their wives to fetch the TP. Afterward, the “kings” will then place the rolls on sinks or toilet tanks, rather than put them on the holders.

Husbands have other bad bathroom habits, most of which I can’t mention for fear of raising an unnecessary stink – pun intended. They shave, but leave their discarded whiskers in the sink. They kick over the open bottle of shampoo in the shower stall and leave a slick mess that could cause the wife to slip, fall and break a hip. They complain if the wife drops a paper towel or cotton ball into the toilet, especially if a septic tank is involved.

In the living room, they leave walnut and pecan hulls on the couch. On the floor, in plain view of any visitors, they discard their dirty socks and underwear, sometimes right next to a hairball coughed up by the cat. They set up tripping hazards in the form of strewn-about tools. Any comments on these issues are summarily tuned out.

For such men, the kitchen isn’t exempt. A few months ago, my husband chose a new faucet as his gadget of the moment. He said, “I put in a faucet for you with a spray mode.” Notice the assignment of ownership, although I never asked for the replacement. I don’t use the sprayer, but my husband does, so every time he turns on the sink, he flips the spray button and leaves it on. This means when I come along later and turn on the faucet, I get sprayed in the face, or on the blouse I’ve just put on for work. I’ve begged him to turn the faucet back on normal flow when he’s finished, but he will no more do this than he will do right by the commode. It’s my duty to “check it,” he says – although the button is at the back of the nozzle and can’t be seen, but must rather be felt.

Slamming down the toilet seat might not work, but I’m thinking the next time we’re in the kitchen together, I’m going to aim the faucet at my husband’s face, turn on the water, and – oops! – let the chips fall where they may. Either he’ll learn a lesson, or I’ll be looking for a lawyer. Any of you shysters who see this are welcome to private-message me some rates on Facebook.

Tags:  how to stop toilet seat from slamming