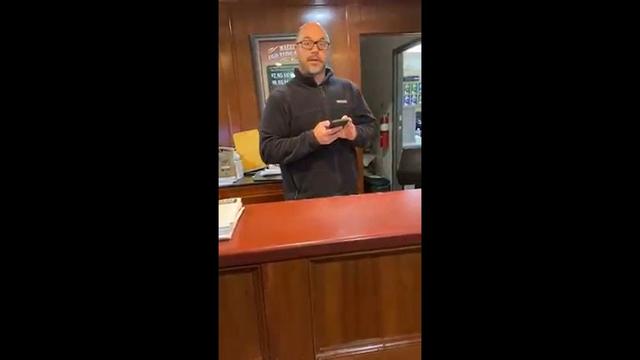 A customer filmed a Mackinaw City hotel manager berating her for a broken toilet in her room.

MACKINAW CITY, Mich. - A Mackinaw City hotel has fired one of its managers after video footage from a previous customer interaction showed the man berating a customer and referring to her using slurs and insults.

The footage was taken by a woman on a Spring Break trip in northern Michigan with her family when they stopped at the Crown Choice Inn & Suites. In a Facebook post shared earlier in May, she said she had discovered her bathroom toilet had been flooding and she went to the front desk for help.

Instead, the man behind the front desk, identified as Benny Lucchese, said she was "responsible for that room" and "it's your bathroom now." 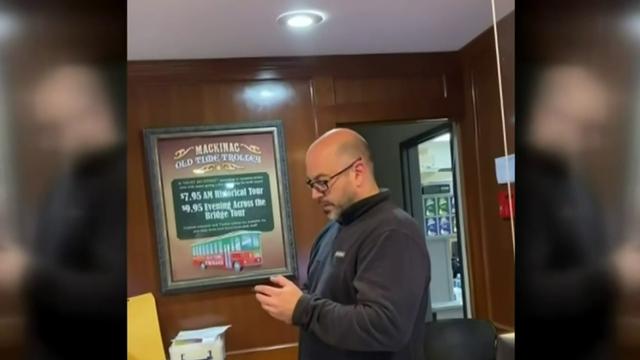 "I ran down to the front desk. He asked me if I shut the valve off and I said no I am coming to you for help. He stated since I refused to turn the water off it was my responsibility and he was calling the police to charge me with malicious destruction of property," read the post.

Three separate videos of the encounter were shared alongside the post.

"Stop being an idiot and start thinking with your mind, okay?" Lucchese says. "Stop being a Democrat - a dumb Democrat and go to your room, pack your stuff and leave."

Biela was also told she would be charged for rent and damages, to which she replied "I will not pay a cent."

"Oh okay. That's fine. Then leave. If you think I'm not going to charge you, then leave," Lucchese says. "I'm charging you."

According to the reviews section of the hotel on the Mackinaw City Chamber of Tourism website, it's rated 4.5 out of 5 based on 703 user reviews. But on third-party sites reviewing the hotel like Yelp, that rating was down to 1.5 stars.

The travel review website also disabled posting to its website about the hotel due to "increased public attention."

Biela said she had waited to post about the experience until after she was sure she wouldn't be charged by police.

She confirmed with FOX 2 that she was not reimbursed for the hotel stay. She disputed through her credit card but her friend's dispute was denied and she was charged for a two-night stay.