Way you speak tells your age 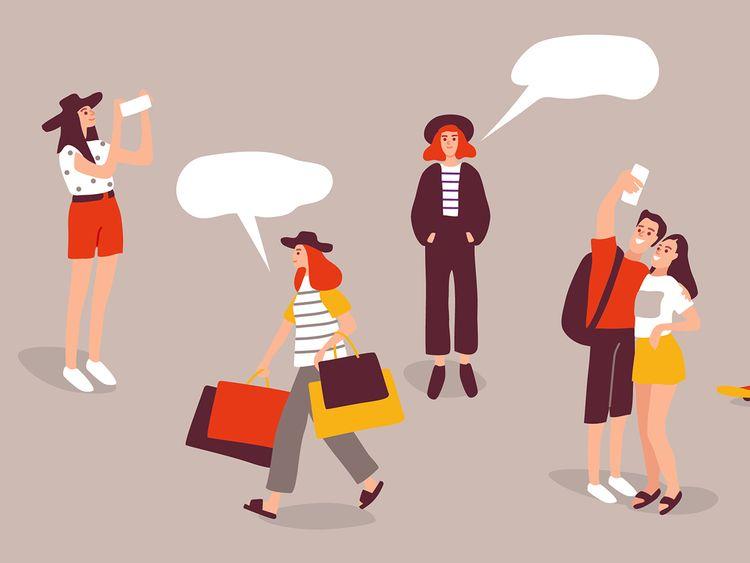 The automatic answering machine, on loop, keeps saying that my call is important to them

I was reading an article on how if you use certain words or expressions people will instantly know you are ancient, even if you are the “new thirty”.

Take for example the expression my wife used the other day while speaking with her aunt: “I am putting the phone down now, bye”.

Have you ever seen anyone putting their smartphone down? Never. Everyone carries it in their hand, all the time, to weddings, funerals, and even when going to the toilet. (Some people even answer a call when answering the call of nature, but that’s another subject altogether).

The expression, “putting the phone down”, probably is from the 60s or the 70s when people had these huge rotary phones that you had to “dial” when calling someone.

And if someone irritated you and kept on talking without giving you a chance to say something, you banged the phone down, or more politely, put the phone down, with a satisfying click.

The continuous buzzing sound you heard on the other end told you that the conversation has ended. 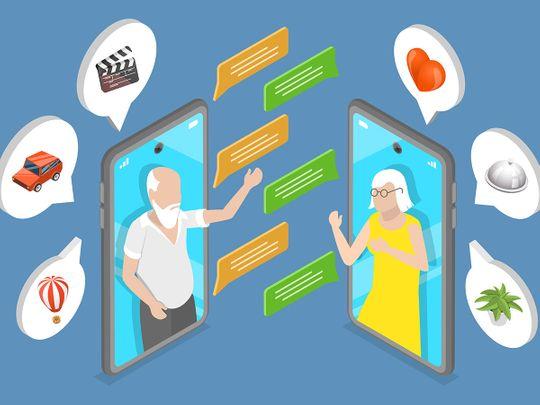 The opposite of putting the phone down, is ‘Pick up Your Phone’. When you tell your friend, your wife or the grocery delivery guy, “You never pick up your phone”, you are dating yourself.

Nobody ever picks up their phone, anymore. They look at the Caller ID on the smartphone and wonder why you are calling; “Why can’t he text me?” she tells herself angrily.

And that is the reason why nobody picks up the phone when you urgently call the airline to cancel your flight booking, or call to angrily ask them why the flight is late.

The call goes to an automatic answering machine, on the loop, that keeps saying that my call is important to them, and that I must just hang around, listening to Michael Jackson, squealing, “Beat It”.

Nobody has an answering machine anymore. If you say you had one, people will know how long back you go, right back to the Age of Aquarius. (Actually, I had one which was handy for not answering calls. “This is your boss speaking, we need you to slave through the weekend, this week. Hello, hello, I know you are hiding under the kitchen table”).

The other day when I needed copies of my passport urgently, I went to the print shop in Bengaluru and asked the young guy with a beard trimmed like a buccaneer’s and a haircut which was a cross between a crew cut and a Mohawk style, and told him I needed a Xerox copy, and drew a blank.

“A photocopy?” I said, and then my wife interjected from the back, “Can you scan this?”

But still, there are certain things that have never gone out of fashion in India, though they may have been discarded everywhere else around the globe. Typewriters are still used today, by, believe it or not, by lawyers, who sit under an umbrella, under a tree, in Delhi.

Since I go back a zillion years, I became nostalgic when a government office asked me to send a fax. No, I cannot electronically sign the document and email it, I was told. It had to be faxed.

Facsimile machines were a rage in the 1980s and it took ages to transmit a few pages, and the machine made all sorts of funny chirping noises from the attached phone.

Unlike the photocopy machine which we were allowed to handle in the office and pretend we knew what we were doing, the fax machine was out of bounds to us.

I finally found a fax machine in an internet cafe here in Bengaluru (yes, there are internet cafés still in India, where you can make a video call to your girlfriend in your village, or send a job application or send a fax to that government agency, that has not changed since Independence).

If you are still wondering how not to pick up your phone and put the phone in silent mode immediately, there is an app for that. With “Tasker” installed, you just turn the smartphone upside down.

Tags:  how to stop my toilet from squealing