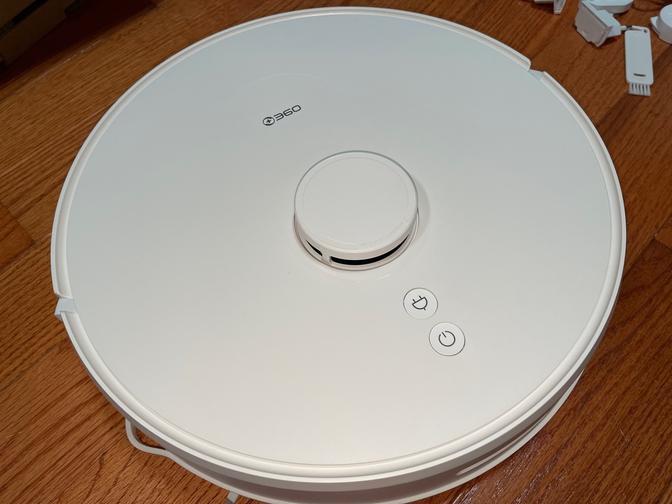 REVIEW – I try my best to keep a clean home, which is sometimes a losing battle with a house rabbit and cat and their constant shedding. I’ve found that automation is a practical way to keep ahead of the hair and have used several different vacuuming robots over the years. I wanted to have a look at 360 S8 robot vacuum to see how it performs.

The 360 S8 robot vacuum is a wifi connected vacuuming and mopping system that uses LIDAR for navigation and is controllable by a smartphone app.

What’s in the Box?

The 360 S8 robot vacuum arrived in its cardboard sarcophagus undamaged by its journey.

Packaging is ample and protective.

The power supply has multiple tips for international use.

The charging base is strong and has internal storage for excess cable.

The base’s power connector plugs in easily with its coax connector.

Atop the S8 vacuum body is the LIDAR navigation turret.

The bottom of the 360 S8 robot vacuum features knobby tires that have excellent traction.

A rotating brush helps divert debris into the vacuum’s maw.

The brush bar does a good job of picking up dirt.

A lever on the aft releases the collection bins.

The dust bin and water tank are combined into a single modular assembly. 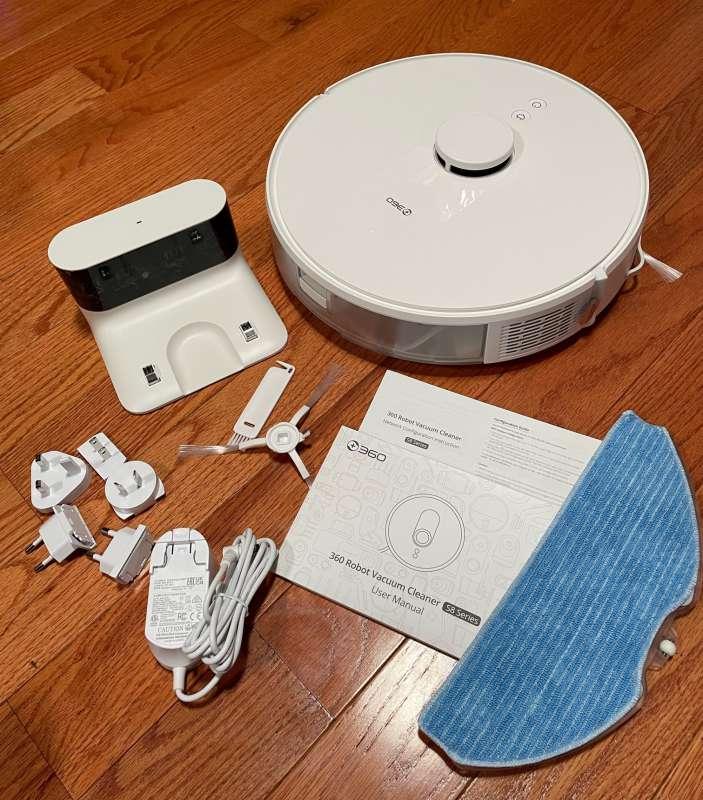 Charging took several hours and status was provided by backlights in the buttons.

To access all of the 360 S8 robot vacuum’s capabilities, 360’s app needs to be loaded and an account created. I had no troubles and connected the vacuum to my network in minutes.

Before the maiden voyage, the app helps to prepare the area.

Some features can be disabled at particular times of the day. I can imagine this might be useful for situations when extra quiet is necessary such as a napping baby. Nice feature!

The 360 S8 robot vacuum can be dispatched with the touch of a button. After a few minutes of operation, the mapping capabilities start to manifest.

The first time crawling around my home, I was impressed that the vacuum didn’t become entangled in any carpets, shoes, or tight spaces. On the second trip around using the mop, the robot managed to snag itself on a carpet and alerted me verbally

The 360 S8 robot vacuum is a bit of a chatterbox! I liked the verbal announcements such as “Charging,” “I’m here” (find robot), “Take a Break” (pause), “Task completed, going to charge,” and several others. If the audible messages aren’t your cup of tea, they can be disabled in the app. I found the verbal commands are particularly useful when troubleshooting, stating useful information like, “the dust bin has been removed,” or “I’m stuck. Please restart me somewhere else.” Very convenient!

After-cleaning data reports what the S8 has accomplished.

For international use, different language packages can be loaded into the robot. Very slick.

Once the 360 S8 robot vacuum makes a complete circuit around, maps and areas are generated, permitting the customization of cleaning and no-go zones. These are very effective and accurate as the robot makes its way around your abode.

The robot’s first journey around the upper floor of my home took 84 minutes and covered 134 square meters (1440 square feet) (units are selectable in the app). During that time, it collected copious amounts of bunny and kitty hair, dust, and dirt. Here it is before and after cleaning:

Long hair can become tangled in the cleaning bar, but it is easy to remove and clear.

Next, I attached the mopping head, filled the water reservoir…

… and sent it to clean the kitchen. The robot mops in a straight line at about the same speed as vacuuming. I consider my home to be relatively clean, but this is what the robot’s mop head picked up in one room…

There is a cool RC mode for driving the robot around to clean. Fun!

Accessory usage and lifespan are just a button click away.

What I Would Change:

The 360 S8 vacuum and mopping robot works exceptionally well. Performance is great and the app has abundant features and customization. When starting, the robot states, “Cleaning makes me happy!” Me too, 360, me too!