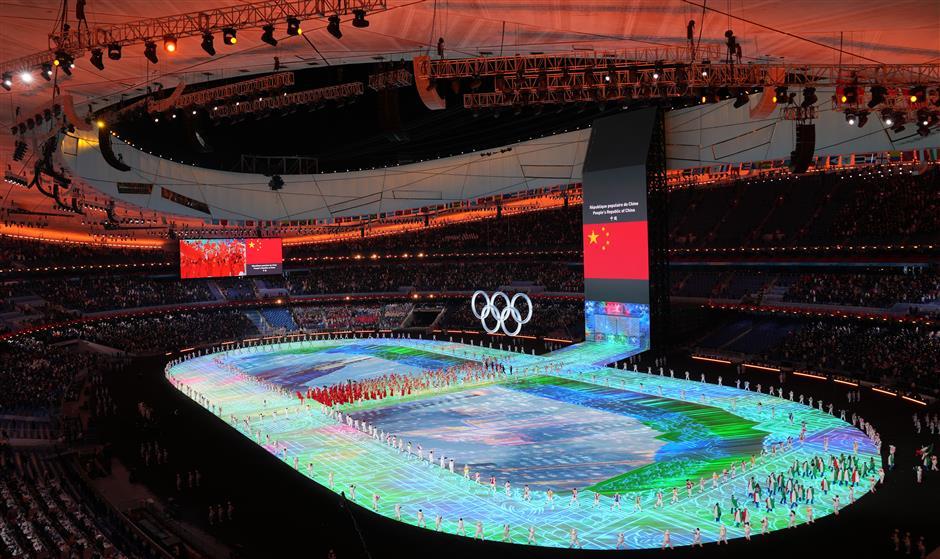 Roughly 600 million people in China have watched the Beijing Winter Olympics, according to an International Olympic Committee briefing this week.

This domestic audience alone has outshined the global audience for the last Winter Olympics in 2018 in Pyeongchang, South Korea.

Besides the host country, the IOC has also listed high ratings in many European countries, as well as Japan and Australia.

Digital streaming and social media are changing how people watch the Games and what they care about, more so than any previous versions.

In China, topics related to Winter Olympics have been sweeping across social media platforms from Day One, if not before. Even those not watching the Games are hit daily in their feeds by the top-click and most-searched topics on various platforms.

It's almost impossible to escape videos or photos of the ever-smiling, ice-coated panda mascot Bing Dwen Dwen, appealing dumplings and buns from the Olympic Village that have filled foreign athletes' TikTok clips, "Su-per" Yiming's snowboard show said to be turning Newton in his grave, or the varieties of robot cooks in the Olympic Village, among others.

Emo, or its Chinese equivalent pofang (破防), is among the most frequent phrases used in top-click topics. Millions of people got an "emo" when Chinese and foreign athletes challenged gravity and themselves, when competitions got dramatic, or when high-definition slow motions showed details that displayed friendship between athletes.

It all started with the opening ceremony, when many were astonished by the Chinese-style romanticism, symbolized by well-blended Chinese elements such as the 24 solar terms and accompanying poems.

Chinese netizens even created a new buzzword Zemo – Z(hang) + emo – to show their admiration for director Zhang Yimou, who also astonished the world with his artistry at the 2008 Beijing Summer Olympics.

The opening ceremony of the 2022 Beijing Beijing Winter Olympics impressed the world again.

Shanghai Daily has scoured the social media trends to wrap up the hottest during the Winter Games. With close to half of China's population watching the Games, what has been the most searched and clicked in the country and why?

Baidu released an analysis based on 30-day average search figures before the Games started, and revealed some surprising results.

The data shows that more than half of those searching for keywords related to the Games were southerners, led by Guangdong, Jiangsu, Zhejiang and Shanghai, where it rarely snows.

As the Games coincided with the Spring Festival holiday, searches for how and where to participate in winter sports like skiing, skating, curling or ice hockey were also on the rise, along with searches for venues and training.

The opening ceremony of the 2008 Beijing Olympics was considered by many to be astonishing that not only left a unique mark on Olympics history, but also turned all spotlights onto China.

With the same director in the same city, the big question this time was: Can China astonish the world again? 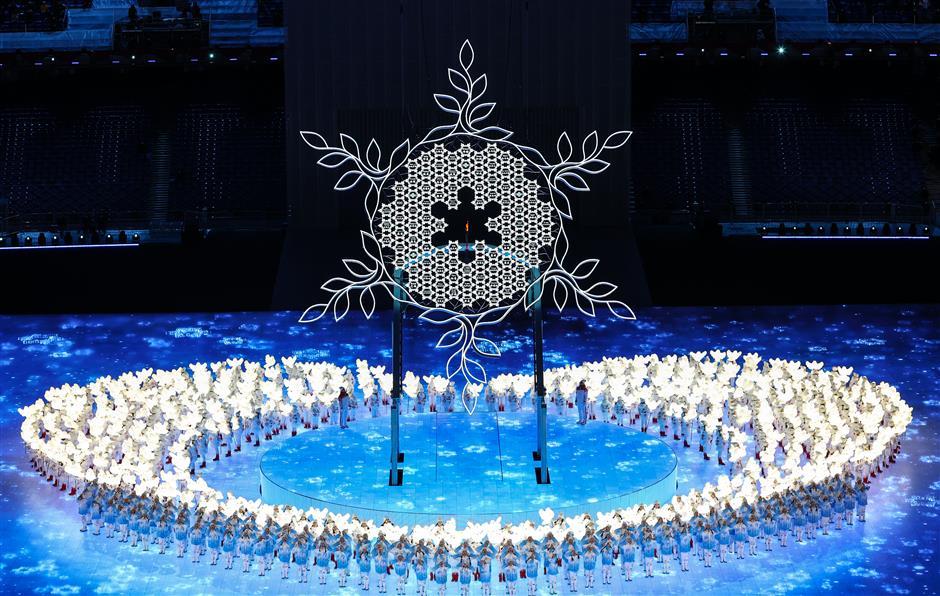 The ceremony, especially the cauldron-lighting segment, was inevitably highly anticipated, even though director Zhang Yimou had made it clear it would be shorter and involve fewer actors.

It was indeed less extravagant, yet it still held all top spots for most-clicked hashtags across social media. Reviews and comments about the ceremony show that the aesthetics of many Chinese viewers have changed over the years, from worshiping the 2008 extravaganza to adoring the romanticism, Chinese philosophy and low-carbon lifestyle conveyed in the 2022 show.

The tiny Olympic flame reflects China's promotion of a green and low-emission world.

Top searches for the opening ceremony included the 24 solar terms and the accompanying poems, the playlist of classical music used, the designs of the various team uniforms, and the big question – why such a tiny flame? – which was answered by Zhang in a subsequent interview: to be environmentally friendly.

Zhang recalled that the astonishing flame cauldron for the 2008 Games consumed 5,000 cubic meters of fuel every hour. That can hardly happen again as the world has changed, and sustainability becomes a priority for China.

He proposed various ideas for a more environmentally friendly flame, including replacing it with light or other electric devices, but IOC rules make it clear there has to be a real flame. And the committee was initially also hesitant about the "tiny flame."

The tiny fame is supported by clean hydrogen energy throughout the Games, as Zhang considers his idea a start toward changing the concept of "lighting up a blaze" at the Games.

The two important components in the opening ceremony – Chinese elements and low carbon – also led to dozens of more top searches in the following weeks, as athletes revealed the circumstances of life in the Olympic Village on social media and netizens dug out all kinds of fun facts.

The Beijing National Aquatics Center, better known as the "Water Cube," caught global attention as the "Ice Cube" when Michael Phelps, who won eight gold medals in it in 2008, replied to his curling compatriot Christopher Plys on Twitter, calling the cube a "special place."

It's one of the five venues from the 2008 Summer Olympics that are being reused for the Winter Games. With detachable sheets built over the pool, the swimming and diving venue was turned into the main venue for curling. It can be switched between a water and an ice cube.

Several other venues were also not newly built but converted from different sites, the most noticeably Big Air Shougang, where snowboarder Gu Ailing won her first gold medal.

The site was rehabilitated from a former iron and steel industrial park, and will continue to host a range of sports competitions and training, as well as cultural events, after the Games.

The Big Air Shougang is built on the site of a former steel mill in Beijing.

According to data from the Ministry of Ecology and Environment, the average concentration of PM2.5 pollutants in Beijing dropped from 89.5 micrograms per cubic meter to 33 from 2013 to 2021, while the number of days of heavy pollution in a year was down from 58 to 8.

These clearer conditions are partially thanks to the accelerated and comprehensive efforts adopted in Beijing and surrounding areas for cleaner energy. And they are reflected in the Games.

Beijing 2022 is the first Olympics where all the venues are powered by renewable energy.

For example, five of the nine ice rinks use carbon-dioxide cooling technology, for the first time at any Games, to reduce energy consumption, waste discharge and carbon emissions.

They use carbon dioxide to transfer and absorb heat in order to refrigerate and make ice. The heat is then used to warm water and indoor spaces. Compared with other refrigerants, carbon dioxide has a smaller impact on global warming.

Just one day before the Beijing 2022 opened, China women's national football team, nicknamed the "steel roses," stole the spotlight when they beat Japan in the women's Asian Cup semifinal.

The "steel roses" subsequently defeated South Korea in the final and won the Cup, inspiring again the online buzz that Chinese women athletes perform better than males in many events, despite fewer sponsorships in general.

Beijing 2022, according to the IOC, is already the most gender-balanced Olympic Winter Games in history, with women accounting for a record 45 percent of athletes. There is full gender balance in 10 out of 15 total disciplines, while two new women's events (women's monobob and big air, for both men and women) and four new mixed events are added to the program.

Various Chinese search engines and social media sites also show more female athletes in top clicks than male ones, with snowboarder Gu Ailing garnering thousands of clicks and views within minutes of her every post.

Tags:  what is the best robotic pool cleaner in australia