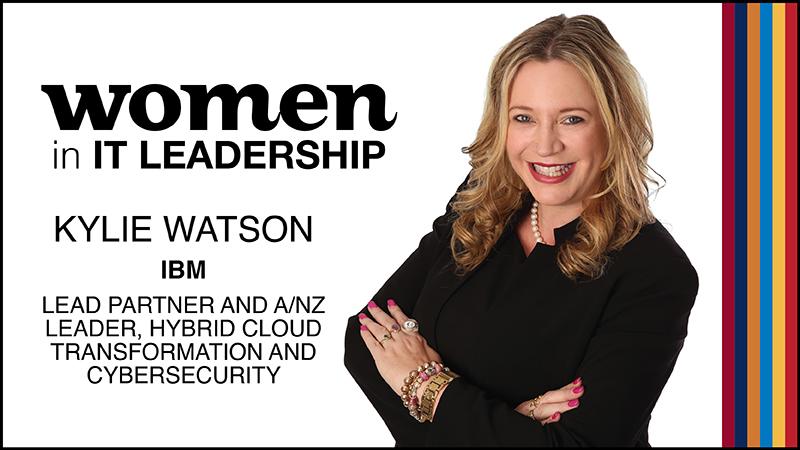 To mark International Women’s Day 2022,Information Age is publishing a special series, Women in IT Leadership. We speak with 15 women in various tech roles across Australia about how they got their start in the IT industry, their approach to leadership, and how to encourage more females into technology careers.

This week, we speak with Kylie Watson, Lead Partner and A/NZ Leader, Hybrid Cloud Transformation and Cybersecurity at IBM.

A background in sociology and technology have proved to be a winning combination for Kylie Watson, Lead Partner and A/NZ Leader, Hybrid Cloud Transformation and Cybersecurity at IBM.

Early in her career, whilst working in the military, Watson ran a change program by applying her sociological studies.

“Stereotypically, tech people are very with good numbers and programming, yet not so good with people. I made them understand that there was no use building a database, no matter how innovative, if no-one was going to use it.”

The consideration of people and how they use technology was key.

“My sociology, or change management experience, along with understanding technology, are my biggest assets, she says.

Casting her mind back to her early days in the military, she says she was a force of nature.

“I’m an extravert and my voice booms. I am very people-oriented, when I work with people, I want to have fun while at work.”

Her unconventional approach raised some frustration with her colleagues.

“One guy in particular, he was so smart and focussed. He didn’t like to be interrupted, but I kept working on him,” she muses. “The team had no idea what hit them. Eventually, I got them on side.”

Fast forward to the present day, when only recently, she received a call from that very same guy, asking for advice in relation to keeping women from leaving his firm.

“He said, ‘I need your help. I’ve got female developers who join our team, and then leave. I want more women in our team. I remember how much fun it was when you came and how you changed the dynamics’.”

Watson was delighted to hear this.

“I thought I was annoying back then, when actually it’s the opposite! It’s typical of women to question themselves.”

Cyber – the fifth frontier of war 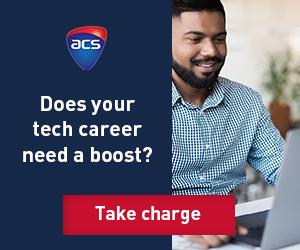 “It’s a cold war and it’s happening.A lot of people don’t realise this,” she says, urging the need for cyber security to be taken more seriously.

“This is no different from any other war.Threats are constantly there, across banks, insurance, retail, hospitality, all businesses.

“I see my role, no different from my military days – defending items of national security.”

“These figures are only what is reported. The majority is not reported.”

Watson believes organisations do not report cybercrime due to the impact on the company’s finances and reputation. “Also, to pay ransomware could be a criminal offence, so companies don’t always report this.”

As for attacks at home, Watson says to look at what’s being used; most homes have on average of 17 IoT devices.

“From young to old, people have cameras, smart phones, light bulbs, smart watches, smart fridges. IoT devices are the most vulnerable to be hacked. “

And beware the robotic vacuum cleaner.

“I make sure I’m not getting changed when it comes into my bedroom. Sounds ridiculous, but that robot vacuum might just be hacked without you knowing. I don’t want my image being sent to another nation,” she says.

“We need to be vigilant. We can’t stop living our lives; be alert not alarmed.”

When it comes to bringing in more women into the area of technology, she is witnessing drawbacks first-hand with her two daughters.

“My daughters dropped out of technology classes because they felt they didn’t belong, even though they’re getting good grades. One said, ‘I just don’t fit in with those boys.’”

“I am really worried about the school curriculum. We’re not doing enough to get young girls into IT classes.”

For women turning to IT as a career, her message is not to think of it as just programming.

“There are so many roles in IT. Stay true to yourself. I didn’t change who I was because it’s male-dominated.

“I wear dresses, nail polish and girly hair. I am a female and I am in tech!”

The busy mum-of-three finds solace and creativity at the family’s orchard, where she escapes to most weekends.

“I tend to the orchard. We grow bananas, mangoes, limes. I love experimenting and making dried fruit and even alcohol! It’s my creative space.”

Tags:  what is the best robot vacuum cleaner in australia